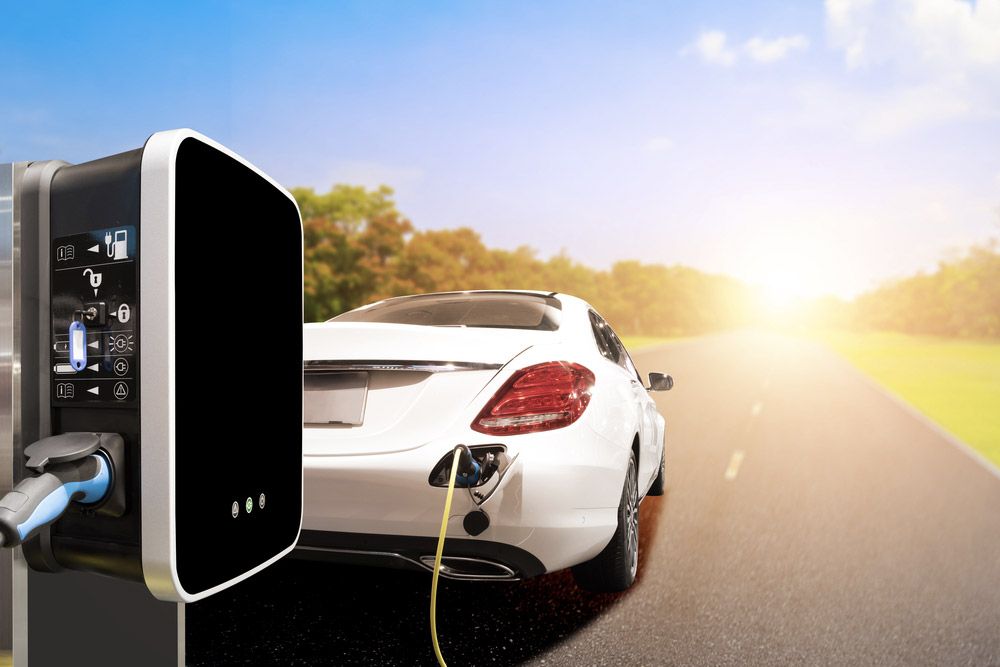 You will be able to make money owning an Electric Car.

When electric cars came into the market they could not go far, things have changed and they can now go for hundreds of miles. They also said they were expensive however, we have electric cars that cost 20,000-25,000 euros.  Soon, you can be able to make few coins with your electric car while you are sleeping. Electric cars are starting to generate income by storing power and selling it back to the grid. Over the lifetime of an electric vehicle, owners could earn enough to offset most of the purchase cost.

The Grid operators respond to peaks in consumer demand by ramping up additional gas or coal-fired power plants. This is dangerous to the environment because the process is dirty, expensive, and blunt tools tracking the hills of the energy used. It's better to buy back electricity stored in EVs and home batteries.

Distributed energy is important for merging renewable energy in the grid. Use of time-shift power is also necessary because what do you do when the sun stops shining and the wind stops blowing, you can solve this by also storing surplus power until it is needed.

In 2015, renewables accounted for two-thirds of new generating capacity in the United States, with more expected in the years to come. Facing rising demand for energy storage, Tesla has begun producing home batteries and Nissan is slated to do the same. Car manufacturers are also looking to distributed storage to lower the operating costs of electric cars.

Here are few ways that you can make money using your electric car.

Electric cars can sell stored electricity back to the grid.

To consume less electricity while charging and also household activities, you can charge your electric car when the electricity demand is at the lowest for example, at night when people are sleeping. By doing this you can be able to sell energy back to the grid when the demand is at a peak and the price of electricity is high. A fleet of electric cars can act as a power plant, hence, equalizing the gap between supply and demand by dumping their stores of electrons onto the grid.

Research by the University of Delaware connected few electric cars to the power grid using a two-way vehicle-to-grid interface. Each car earned around $5 a day storing power and selling it back to the grid. Nissan is piloting a similar project in the UK, outfitting electric cars and vans to sell electricity back to the grid. The company said owners of the all-electric Nissan Leaf could earn as much as $1,100 a year. That would amount to a whopping $10,000 over the life of a car battery.

When you’re done with your car battery, you can sell it.

Car batteries last around eight to 10 years. At the end of that time, they retain up to 80 percent of their storage capacity, too little to be useful to drivers, but enough that they can be repurposed as home batteries. A thriving aftermarket for car batteries could help shrink the cost of EV ownership.

One possibility is that manufacturers reuse or resell old batteries, using the proceeds to help defray the cost of replacement. BMW is spearheading a program that offers the grid energy storage from new electric cars and used EV batteries. GM recently deployed a set of retired Chevy Volt batteries, wind turbines, and a solar array to power the administration building at its Enterprise Data Center.

The federal government’s Clean Energy Regulator has mapped a Small-scale Renewable Energy Scheme that is a politically charged, long-winded way of explaining that if you buy solar you can sell energy back to the grid and earn cash. Again, this varies enormously, with five levels of installation rebate offered depending on location, and state-specific energy rebate costs for each kilowatt-hour (kWh) of energy fed back into the grid.

Beyond the up-front discount, sell-to-grid tariffs range from 6-to-12 cents per kWh in the ACT and Queensland, 11-to-15c/kWh in NSW and SA, and a broad 9.9-to-29c/kWh in VIC. Yes, that’s low compared with the national power-price average of 34c/kWh that we pay, but considering that in mid-to-late 2017 the metropolitan Sydney region went 76 days without significant rain, and (hello sunshine!) there could be bucks to bank right there.

Rent your parking space or garage

If you live in the city center, near the airport or sports stadium you might be lucky, because most people congest these places. Therefore you can rent your garage or driveways it’s one of the easiest ways of earning passive income without breaking a sweat. It’s usually daily commuters who can make the most of your parking space. You can also decide to put up charging spaces in the garage for people to charge their cars while chilling. However, if you do not own land you will need to ask for permission from your landlord to put up a parking space where you can be able to charge your EV.

Use apps to make money from your EV

Other than signing up for an Uber or Taxify ride-sharing account as a driver, however, those who take public transport to work can now take part in the age of app connectivity by renting out your vehicle to make a coin.

While bypassing a Thrifty outlet, a start-up called Car Next Door can provide comprehensive insurance, roadside assistance, GPS tracking, auto-toll handling, and a lockbox for key handover for $60 per month. That is the bit you pay, just to hand over your car to an app.

But in return, you can borrow vehicles from other members, take a 50 percent time-based slice when other members borrow your vehicle, plus 25 cents for every kilometer traveled.

For Sydney, Melbourne, or Brisbane users, a guaranteed $2000 is offered for the first year if a vehicle is less than six years old, with fewer than 150,000km, and is available for at least five weekend days and 13 weekdays per month, midnight to midnight.

That’s a lot of time, though, and the app also requires you to price your vehicle by its recommendations of $4-to-$6 per hour and $20-to-$30 per day for a small car and about double that for a van, with medium/large/SUV vehicles in between. This is your take-home figure, too, with the user paying about double such an amount.

And while general maintenance and cleanliness is your call, Car Next Door says the kilometer figure helps cover that in addition to the time-based charge, while a vetting process for driver accident history in concert with comprehensive insurance covers the damage.

In this age of the app, such intimate car sharing might be the final hurdle for some to embrace, but several car manufacturers believe future generations will increasingly want innovative ‘mobility solutions’ rather than buying and owning vehicles.

Widespread adoption of EVs will lead to more charging stations, better vehicle-to-grid interfaces and a wider market for used batteries. This, in turn, will further drive up sales, producing a virtuous circle of falling costs and improved performance.

There is a need for more education and marketing that can fill the gap between interest and purchase could be made much smaller, and automakers should make efforts to create communication campaigns to figure out this problem. Tesla is spearheading this because the notion is at the core of why the company insists on selling its cars out of its own Tesla stores. At Tesla stores, potential customers can learn about electric cars and battery technology and have hands-on experience with electric-car technology. Tesla doesn’t want its cars sold at traditional dealerships where electric cars are sold alongside traditional cars and often go ignored by dealers.
According to the reports found out that consumers who are interested in electric cars are more fearful about range issues compared to consumers who have purchased an electric car. That implies that once someone owns an electric car, range anxiety is diminished. Communication campaigns explaining how charging works and where it’s available could help overcome this barrier.