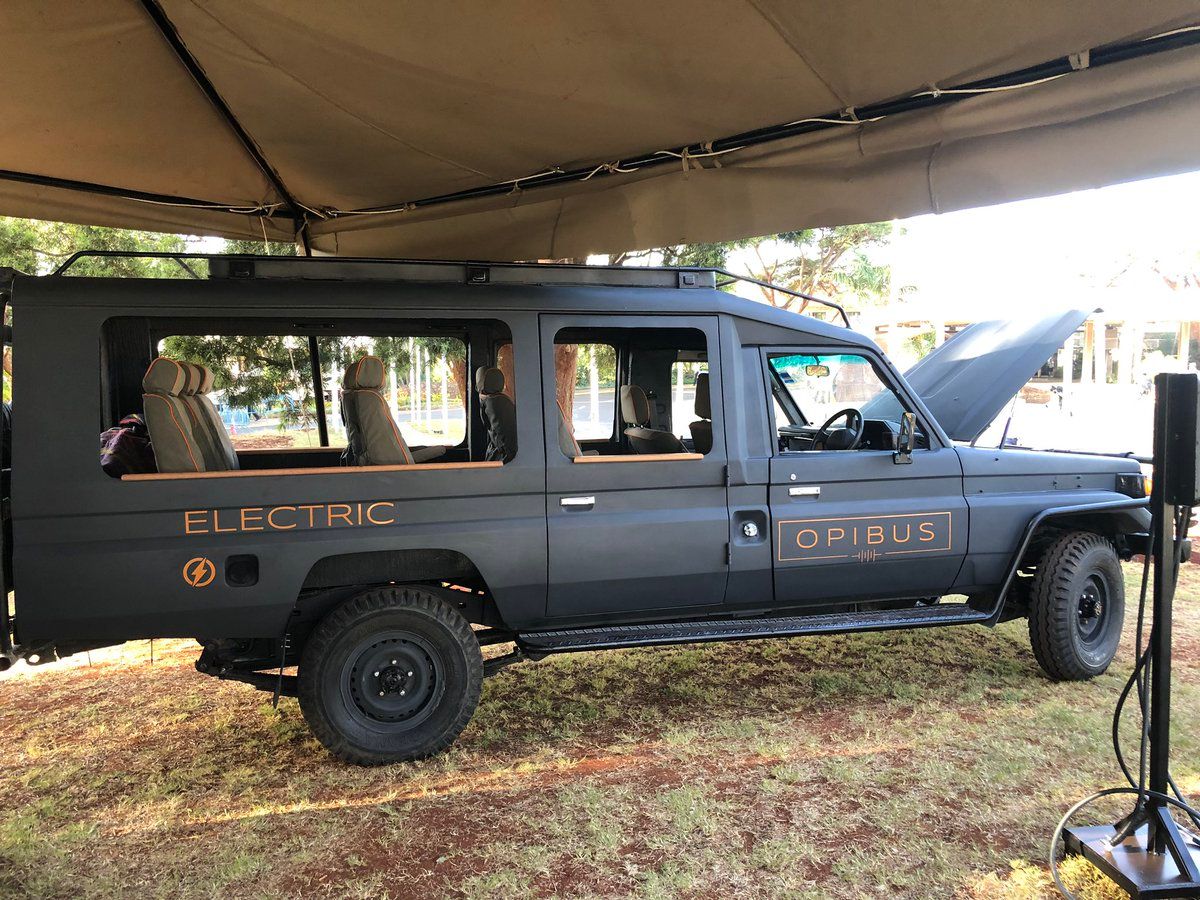 You can convert your ICEs to an EV in Kenya.

Three years ago Opibus began its operation in Kenya, they do the conversion of off-road commercial vehicles, motorcycle and public transport in the market . Opibus has been converting safari vehicles for lodges in Kenya’s game parks and resorts. The startup company plans to electrify the whole of East Africa region in the coming years.

A Kenyan startup plans to electrify old matatus and Boda-boda (Motorcycle). The company is based in Nairobi’s industrial area  off Mombasa Road, Opibus begins mass EV conversions of mini-buses and motorcycles in Q1 2020. The company has been working in conjunction with the government, the county government, Matatu Owners Association as well as the  National Transport and Safety Authority (NTSA) to get everything in place for the mass rollout. Transportation plays a major role in reducing emissions in Africa. Opibus is converting 14-35 seaters and bodaboda taxis. In Kenya there is an approximation of 100,000 vehicles, 600,000 motorcycles according to the Motorcycle Assemblers Association of Kenya.

Opibus assembles the EV battery packs built with prismatic Lithium-ion phosphate cells which come in three-pack size. These are the 30 kWh, 50 kWh, and 70 kWh packs with ranges of up to 140 km, 245 km, and 350 km (87, 152, and 217 miles) respectively depending on the weight of vehicle, terrain, and driving style.

Opibus is in plan with Kenya’s National Climate Change Action Plan (NCCAP 2018-2023). The NCCAP has identified operational inefficiencies in the transport sector, heavy traffic congestion, and high fuel consumption as a major contributors to high levels of green house gas emissions. The primary objective of the climate action is to have an efficient, suitable, world-class transport system and logistic services that withstand the projected impacts of climate change.

The transition to electromobility is one of the action points outlined to meet this objective. The NCCAP encourages the development of domestic technology for electric modes of transport. Research on the use of renewable energy for powering different modes of transport is also highlighted. Kenya’s electricity generation mix is already well above 70% renewable, with geothermal and hydro making up most of Kenya’s electricity generation capacity.

Kenyan government banned importation of second hand vehicles which is more than eight years old in the country. Majority of people import cars from Japan and England because most people cannot afford new vehicles.  Older vehicles are expensive, conversion to an electric vehicle is the solution for fleet operators.

Aside from converting ICEs to EV they also manufacture e-bikes which are boxer 150 which can go for 180 km on a single charge. compared to petrol bikes which are 50% higher than then petrol. so far 50 Opibus have been sold out and 100 more to be on the market soon. In case you want to own one you can pre-order on the Opibus website

The materials used to manufacture the Motorcycles and vehicles are 30% sourced in the country and aims to increase the number of the locally sourced materials as the demand goes up. It has been able to create employment of 75 people who work for the company, even as we prepare to shut down the internal combustion engine vehicles we should have in mind that the electric sector is also providing employment.