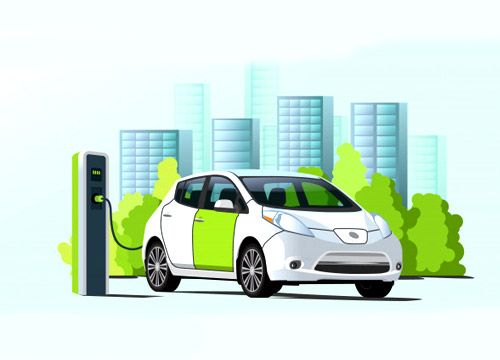 World EV day is a day of celebration of e-mobility and seeks to raise awareness about the benefits that electric vehicles ca. It is majorly a social media-led campaign that seeks to engage consumers around the sustainability benefits of electric vehicles.

An electric car is powered by an electric motor instead of a gas-powered combustion engine. An EV’s battery can be charged at home or at an EV charging station.

1. Most EVs run on specific tyres

The act of deceleration tends to extend an EV's range. The regenerative braking helps to recover energy system that redirects what would otherwise be lost kinetic energy back into the battery during deceleration phases hence slowing down actually charges the battery, boosting overall range. This is what makes EVs especially well suited to stop-start city driving.

An electric car's powertrain is typically less complex than a petrol or diesel engine as it comprises far fewer moving parts. As such, the electric motor and battery require little to no regular maintenance, with no oil, spark plugs, or fuel filters to change, for instance.

5. EVs date back to the 1800s
The first EVs date all the way back to the 1800s, meaning this type of vehicle actually predates petrol-powered automobiles. The vehicle was designed and built by Thomas Parker who was a London innovator in charge of the city's overhead tramways electrification. The innovator aimed at reducing the number of low fuel-efficient and environment-friendly cars on the roads with his EC, which was fueled by high-capacity rechargeable batteries.

6.They Are Heavier Than Gasoline Cars, but Less Noisy

The weight of electric cars, which is primarily a product of batteries, makes them take longer to stop during braking and also keeps the occupants safer during collisions. Noise-wise, the occupants are usually free from noise disturbance because the vehicles do not use engines that generate a lot of sound.

7. Currently there are 13 electric vehicle models on the market, and the number continues to rise.

8. There are three different types of electric vehicles

One of the cool facts about electric cars is that they are faster than cars that run on gasoline. The electric motor instantly generates 100% of available torque to transition from a stationary to an instantaneous speed.

Electric cars have three charging modes: slow, fast, and accelerated. If you opt for the accelerated mode—with power levels of 43kW—you could charge the vehicle’s battery up to 80% in just 30 minutes.