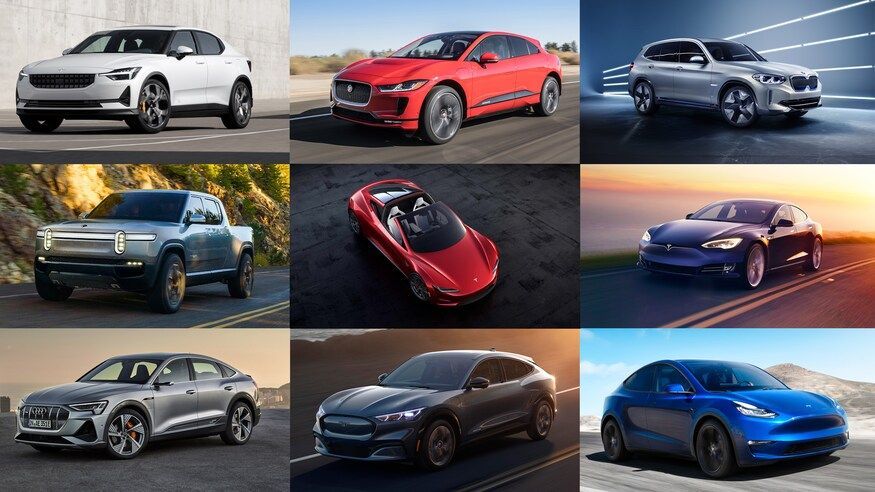 Which electric cars can cover more than 250 miles on a charge?

Range anxiety can be a significant barrier to choosing an electric car, but these below models can all cover more than 250 miles between charges, and most can travel a lot farther

Specifications are very important when you anticipate buying a phone, television, and any other electronic, an EV is not far from it. If you think of buying an electric car the miles the vehicle can cover between charges is of concern.

Range anxiety is the fear that you'll run out of juice before getting to your destination but the good news is that ranges are getting better all the time. In fact, you might be surprised to learn that there are now 38 models available with official ranges of at least 250 miles between charges. You may achieve less than that in real-world driving conditions, but it should still be enough to suit most drivers. If you use your car for your commute, for example, it could mean that you only have to charge it once a week.

The sleek, fully electric Model S can cover between 348 and 405 miles, both figures being better than the range of any other non-Tesla EV. Charge times are long compared with fueling a gas car, but the ability to use Tesla’s supercharging network in public places is a major plus. Performance is exceptional, with quiet and thrilling acceleration, pinpoint handling, and a firm yet comfortable ride. The hatchback design aids versatility, and the frunk, or front trunk, is a bonus. But the controls are extremely unintuitive because Tesla has eliminated the steering-wheel stalks for the turn signals and wipers. Many common functions are performed through the yoke, which is a small, half steering wheel that brings serious compromises in usability and maneuverability.

The Model 3 proves that EVs can challenge conventional upscale sedans by offering invigorating performance with a high-tech vibe. As of this writing, it boasts a long range of 272 to 358 miles, depending on the version. The Model 3 has swift acceleration and remarkably agile handling. Though the front seats are comfortable, the ride is very stiff and choppy, and the rear seat is too low and uncomfortable. The controls are very distracting because even simple tasks, such as adjusting the mirrors, must be performed using the large center-mounted touch screen.

The Model X is rated by the EPA to go between 311 and 348 miles on a charge, depending on the version. The X is very quick and handles nimbly in corners. However, the excessively stiff ride and pronounced wind noise are not befitting the high price. The new yoke steering wheel makes driving very awkward, and controls are extremely unintuitive. Charge times are long, but the ability to use Tesla’s supercharging in some rest areas is a plus.

This Model 3-based raised hatchback is quick and agile and has the same distracting control layout as the 3, and a similarly stiff ride. Depending on the version, the Model Y can travel between 244 and 330 miles on a charge. Charging from almost empty takes 10 hours on a 240-volt connector but it is quicker with Tesla’s wall charger, and the supercharger network makes long-distance travel easy. Rear-seat room is much better in the Y, and the hatchback layout provides more versatility. Both five- and seven-passenger seating configurations are available.

The EV6 is Kia’s first car designed from the ground up to be electric. Mechanically related to the Hyundai Ioniq 5, the Kia is offered in rear- and all-wheel-drive versions, and with different power outputs. EPA-estimated ranges are 310 miles for the long-range, rear-wheel drive and 274 miles for all-wheel drive. The EV6 is compatible with 400- and 800-volt fast-charging stations in public places, enabling it to go from 10 to 80 percent charge in 18 minutes, according to Kia.

The Mach-E is Ford’s first designed-from-the-ground-up electric vehicle. It draws some styling cues from the iconic Mustang muscle car, but the Mach-E is a five-passenger SUV with useful cargo room, and it’s available with all-wheel drive. The extended-range battery version with all-wheel drive has a 270-mile range. On a 240-volt home charger, it takes about 10 hours to fill the 88-kilowatt-hour battery from empty. The Mach-E is quick and quiet, with taut and agile handling, all of which make it fun to drive. A 15.5-inch vertical touch screen dominates the stark interior; the system has a steep learning curve before familiarity sets in.

The Bolt is a relatively affordable EV with a driving range of 259 miles. It takes 10 hours on a 240-volt connector to fully charge the 66-kilowatt-hour battery pack. Even though the Bolt has a tall stance, the low-mounted battery pack contributes to the car’s planted feel. With 200 electrified horses on tap, the Bolt accelerates with gusto. The Bolt is very quiet, but the ride is choppy. Controls, including the unintuitive gear selector, take some getting used to. The driver’s seat is short on lower-back support, and interior quality is on the cheap side. An updated Bolt hatchback and new SUV-like version go on sale later this year as 2022 models.

Like the similar Kia EV6, the Ioniq 5 is Hyundai’s first EV designed from the ground up. This roomy, tall hatchback has an EPA-estimated maximum range of 303 miles for the single-motor, rear-wheel-drive version with the 77.4-kilowatt-hour battery, and 256 miles for the dual-motor, all-wheel-drive version. Charging times can be quick in public DC fast-charging venues, thanks to 400- and 800-volt architecture that allows a maximum of 235-kilowatt charging power.

The Kona Electric is as good as the conventional version. The 201-hp electric motor makes the Hyundai quick, with smooth and quiet acceleration. Its range is a robust 258 miles, and it takes 9 hours to charge the 64-kilowatt-hour battery from empty on a 240-volt connector. The Kona Electric has nimble handling, but the ride is stiff. The controls are very straightforward, though the EV’s gear selector is challenging to use at a glance.