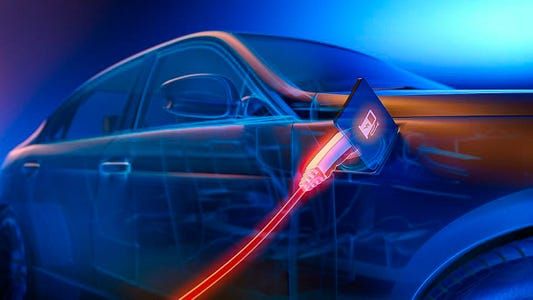 What are the differences between autonomous, hybrid, and electric vehicles?

There are many environmental challenges with us, automotive manufacturers have developed several models of electric-powered vehicles over the few years. There are main differences between ICEs and EVs. Autonomous vehicles generally use electricity to run. They are connected and fitted with an embedded driving/communication system and a high-tech set of sensors, helping them to operate safely without requiring a driver.

Electric driving systems do not require any fuel to operate. They have neither a petrol tank nor a combustion engine – but rather an electric engine powered by a battery. Batteries vary in size according to the model and enable fully electric cars (also known as BEVs, for Battery Electric Vehicles) to cover from 100 to several hundred kilometers. To be recharged, the battery needs to be connected to a power socket (or to a dedicated terminal) when the vehicle is stopped.

Electric vehicles (EVs) are strongly contributing to the widespread advancement and adoption of autonomous vehicles because:

AVs as EVs mean required energy conversion due to the differences in voltage. One way for automakers to meet the power-hungry needs of self-driving systems will be to use gasoline-electric hybrid models rather than purely electric cars, at least for the first driverless cars. A big breakthrough in battery technology to offer plenty of range and autonomous functions is needed to achieve pure electric AVs. There is an expectation to move from lithium-ion batteries to solid-state. Solid-state would be safer, more compact, higher-capacity, yet higher cost, but most experts expect it to be 10-20 years before it is fully commercialized.

What is the current state of autonomous vehicles?

Autonomous vehicles (AVs) include a variety of vehicles including passenger cars, trucks, and drones, which rely on artificial intelligence to operate with varying degrees of human input. By computing billions of data points each second from an array of sensors, cameras, and radar systems, AVs can effectively ‘see’ the road and respond to changing conditions or navigate obstacles.

An AV’s ability to operate without human input depends on its level of sophistication, as described below.

Level 1 (Driver Assistance): The driver controls most driving functions, but under certain conditions, the vehicle may be able to adjust cruise control speed or stay in a lane.

Level 2 (Partial Automation): The car can both accelerate/decelerate and perform basic steering functions. The driver is still responsible for directing navigation like exiting a highway, changing lanes, or turning on a new street.

Level 3 (Conditional Automation): The car can monitor the driving environment and accelerate, turn, or brake, but still expects human intervention when alerted.

Level 4 (High Automation): The car can control all driving aspects and operate without intervention from a human, but only under certain conditions.

Level 5 (Full Automation): The car is fully autonomous and requires no human input to operate in all driving conditions.

What does a world of autonomous and electric vehicles look like?

A wholesale shift to autonomous and electric vehicles would not just reshape the entire transportation industry, but also our daily lives. GM’s CEO Mary Barra refers to this future as “zero crashes, zero emissions, and zero fatalities.” Presumably, EV/AVs will become smart enough to avoid all collisions, eliminating over 1.25 million traffic fatalities around the world each year. Their battery powered-nature would significantly reduce air pollution, particularly in cities where car density and air pollution are at their highest. And traffic congestion would become a thing of the past, as networked cars would communicate with each other and local infrastructure to seamlessly choreograph traffic movements. Some estimates show this could save the average commuter 42 hours per year. The value of such developments is virtually unquantifiable, as people would likely be able to live longer, healthier lives, with more free time.

The very nature of vehicle ownership could change as well. An AV can hypothetically run all day, pausing only to recharge its batteries. Therefore a more efficient allocation of resources may be to not own an AV and keep it parked, but to pay for an AV’s services only when it’s needed. Such a model could make ride-sharing the status quo. Savings on fuel and maintenance from its electric engine, coupled with its autonomous nature that allows for higher usage rates and eliminates driver wages, could drive down transportation costs considerably. Some analysts expect the cost per mile could fall nearly 60%, from currently around $1.20 to $0.50. Despite these potential benefits, the transition to an autonomous world could cause significant job displacements in the trucking, taxi, and delivery industries, which are estimated to employ 3.8 million people in the US. Other jobs where driving is an important component could be affected as well, further expanding the need for policymakers, corporations, and non-profits to implement effective educational programs to retrain workers for a driverless world.

i) Global X (2018) The Future of Transportation is Autonomous & Electric