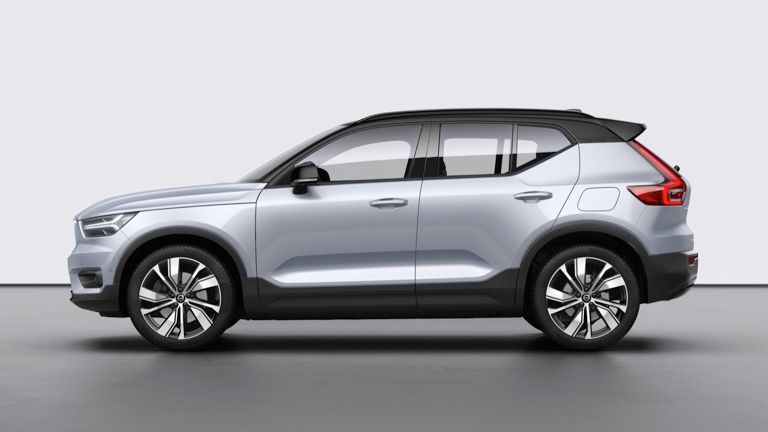 The wait is over. The highly anticipated Volvo XC40 Recharge has been launched in Johannesburg, South Africa. Volvo’s first electric vehicle was unveiled globally in 2019. However, due to delays, the car arrived in February 2022.

The premium Swedish manufacturer also announced its plans to offer three stages of electrification locally through a line-up of full-electric, plug-in hybrids, and mild hybrids. Its global plan is to move to a fully electric car company by 2030.

Managing director of Volvo South Africa, Greg Maruszewski, says its mild-hybrid boasts reduced tailpipe emissions, improve the economy, and have stronger on-road performance, making it an ideal stepping stone to its plug-in hybrid, which adds the major advantage of a pure-electric driving mode, and, ultimately, to its all-electric offering.

The XC40 Recharge is unique because it can only be bought online myVolvo.co.za website and cannot be purchased physically through a dealership; it is also the first car to run natively on Google.

The XC40 ships with an Android-powered infotainment system, complete with Google apps such as Maps, Assistant, and the Play Store. Other apps loaded on the vehicle included Spotify, radio, and Bluetooth media players, as well as Volvo apps like car status, range assist, and a user manual.

The system settings are familiar if you use an Android smartphone and allow you to access settings for driving, charging, sound, connectivity, controls, apps, system, and so on, just like a mobile device.

In other markets, the vehicle ships with an embedded SIM (eSim) so that a smartphone does not need to be paired to access Google Maps or Assistant. However, the South African market is yet to receive this feature, which is part of a digital service package.

The XC40 P8 Recharge has a total output of 300kW and 660Nm of torque that accelerates from 0-100km/h in 4.9 seconds. It has a 78kWh battery capacity that promises a 418km range from a single charge. Charging using an 11kW wallbox charger at home will take between eight and 10 hours to get from zero to 100%. If the fastest 150kW DC charger is used, it will take about 40 minutes to get to 80%.

Interestingly, Volvo will offer all EV customers the use of an XC40 combustion engine for a maximum of two weeks a year during the first three years, to use for long-distance trips or any other reason.

When you enter the car you will first see the nine-inch touchscreen infotainment display, through which all your interaction with the vehicle takes place, finished off with Harmon Kardon speakers.

Interacting with the car using voice commands feels natural like you’re speaking to one of your home-smart speakers, with the advantage that Google Assistant understands South African accents.

Unlike some of the other electrics we’ve driven, there are no typical modes such as eco, sport, or individual that you can rotate between at a press of a button. There is one main driving mode, with a one-pedal driving setting that you can toggle. This offers an aggressive regenerative braking mode that requires getting used to, which I soon turned off.

However, in the absence of the various driving modes, the vehicle gives you a range assistant app to help you adapt as a first-time electric vehicle driver. It will show you the outputs for speed, driving style, and climate, how these affect your range, and tips on how to prolong the battery.

The digital cockpit offers graphics, display themes, and options on what you want to prioritize: Google Maps; regeneration, power capacity, and energy levels; and charging info.

Volvo has rolled out charging stations at its flagship dealerships but is relying on existing public infrastructure, rolled out primarily by GridCars, for customers to recharge when not at home. The company currently has no plans to expand on additional chargers outside its dealerships.