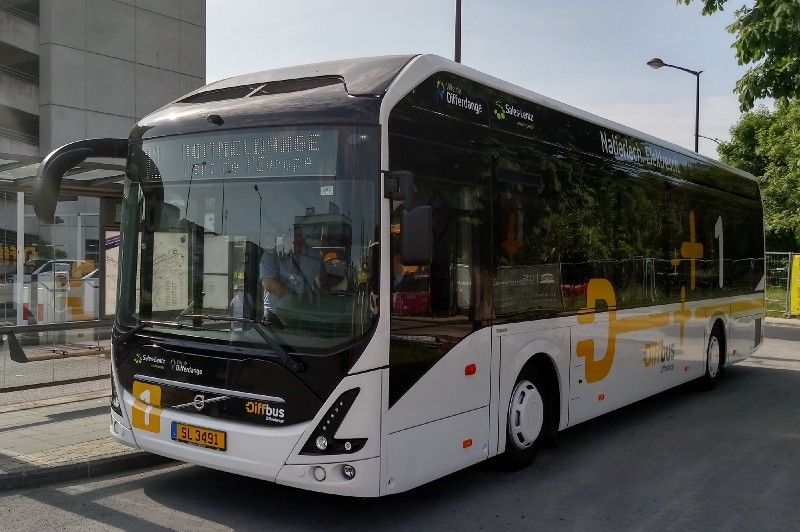 The new Volvo 7900 Electric is so much more than an electric bus. It’s an enabler, a tool that gives you totally new possibilities to develop your public transport — and your entire city. The Volvo 7900 Electric can run literally everywhere. Silent and clean, with no climate emissions, it can go where people actually want to go.

The Volvo 7900 Electric is designed around the concept of opportunity charging and is available with a choice of 150, 200 and 250 kWh batteries. In contrast, the BYD K9 previously trialed on Singapore roads had a battery capacity of 324 kWh, but the batteries take up much more space on the bus, adding to the overall vehicle weight. The Volvo 7900 Electric is a fully low floor bus with three doors. However, the buses supplied for the trial in Singapore only has a front entrance door, with an emergency exit on the offside.

Electric drive allows traffic in places where it has so far been impossible to go by bus. Indoors, in sensitive areas, day or night. Public transport can become even more public. There are streets where you have to be more careful and drive more slowly. Volvo’s Zone Management is the perfect driver assistant. Fighting health-threatening noise has to be done in many ways. Introducing electric buses will also save huge amounts of money.

Many cities apply restrictions on city-center traffic. Zones that impose limits on emissions, noise, and speed are becoming more and more common. The Volvo 7900 Electric can meet such emission and noise limits by itself, and with the help of Volvo Bus Zone Management, it can also handle speed limits.

Rapid and fully automatic charging at end stations keeps productivity up — and helps you keep your schedule. Opportunity charging is much more cost-efficient than overnight charging in the depot.

The Volvo 7900 Electric offers an extremely silent and comfortable experience — for passengers on board, those waiting at the bus stop and residents along the route.

Volvo touts the 7900 Electric bus as being silent and comfortable. Contributing little noise and zero tailpipe emissions, the bus is ideal for urban environments and compliant with existing low-emission and low-noise zones within cities. The Opportunity Charging System is also touted as superior to overnight charging, allowing Volvo to use a smaller and lighter battery pack, which improves bus capacity. The Volvo 7900 Electric is available with a choice of 150, 200 and 250 kWh batteries.

During normal operations, energy stored within the onboard batteries is released to power the electric motors and onboard systems. The electric motors drive the rear wheels via a simple two-speed automated transmission, and also acts as a generator to recover mechanical energy back into electrical energy in a process known as regenerative braking.

Electrically powered doors are not only more swift and reliable, but they also lower fuel consumption by a notable 2%.

Driving a Volvo 7900 Electric is smooth and straight-forward, just as with any other Volvo. Add to that one of the best driver environments available, with world-class ergonomics.

7900 Electric shares technology with Volvo Hybrids and Electric Hybrids proven in operation by thousands of buses, top-ranked in uptime by operators and PTAs throughout Europe.

Charging is fully automatic and secured by a two-way WiFi communication sequence. The driver gets a clear indication in order to stop within the specified ± 200 mm from the reference point. The charging sequence is started by activating the parking brake, and the driver can interrupt it at any time.

In addition, the Volvo 7900 Electric can also be charged via cable. Combined Charging System (CCS), which is the European standard for charging of electric vehicles from the mains grid, is more suited for high-power charging when buses are stationed at the Depot.