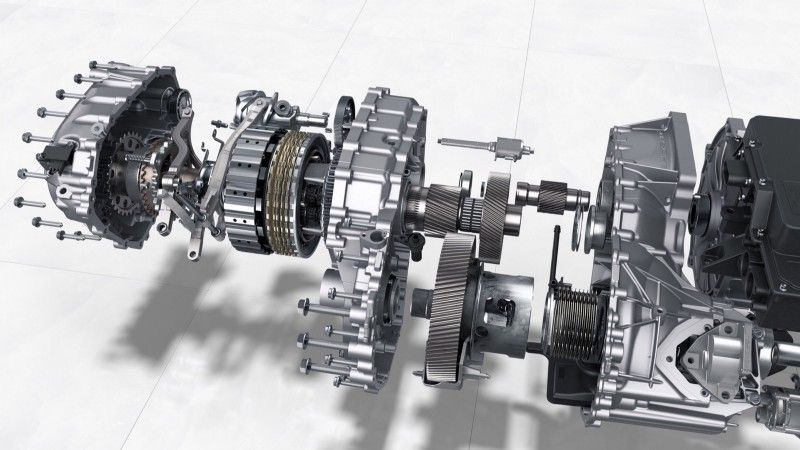 A two speed transmission could be a game changer for an electric car, or it could be a warranty and reliability nightmare that takes your million-mile car with a 500,000-mile battery and puts it in the shop every 50,000 miles.

Every EV uses a single-speed transmission, and gets along just fine. Internal combustion engines need a bunch of gears because they have a narrow RPM window within which they can operate efficiently. For electric motors, that window is much wider, so a single-speed works for both low-end acceleration and highway driving. It does require some compromise, and so EV makers favor low-end acceleration over Autobahn-worthy top speeds. Where most electrics top out around 125 mph, but Tesla limits its cars to 163, the Taycan will touch 161 mph.

The two-speed gearbox will enable the car to spin from 0 to 60 mph time under three seconds, 750 horsepower, and the ability to refill its battery in just over 20 minutes. And while that feature is unlikely to grace any headlines, it represents a potentially major shift for the electric car market.

Therefore, having a multi-speed transmission in an EV provides the same benefits that it does in a gasoline-powered car: improved low-speed acceleration and increased efficiency at high velocity by lowering the rotating speed of the power source. In other words, the ratio spread of the two-speed transmission will help the Taycan’s highway driving range while also making it quicker.