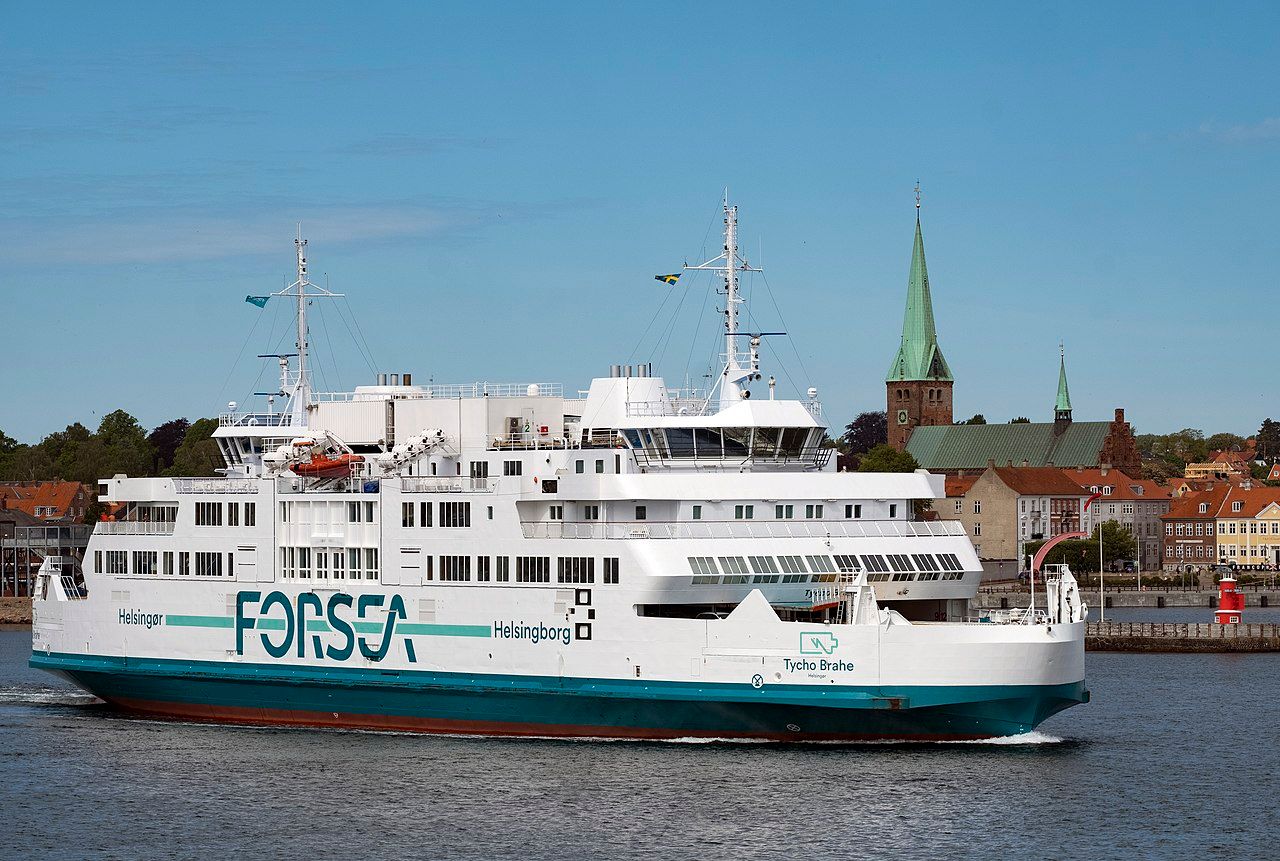 It’s equipped with a massive 4.1 MWh battery (640 packs) and 6 MW of power (four 1.5 MW propellers) with a diesel engine onboard only for emergencies.

The energy consumption of the ship is beyond imagination as the 4.1 MWh pack would last only for 3.5 runs (14 km/8.7 miles). However, the crew makes sure that keep the state-of-charge within 40–66% of the battery capacity and there’s a fast charger on each side of the trip so the battery will last longer. It’s expected that the battery will survive some 5 years, maybe more, while the payback period is around 8 years

It measures 238 meters long (780 ft) and weight 8,414 tonnes. It can carry 7.4 million passengers and 1.9 million vehicles annually. The connection is fully automated and takes around 45 seconds. Then the ferry charges for usually nine minutes in Sweden and five minutes in Denmark.