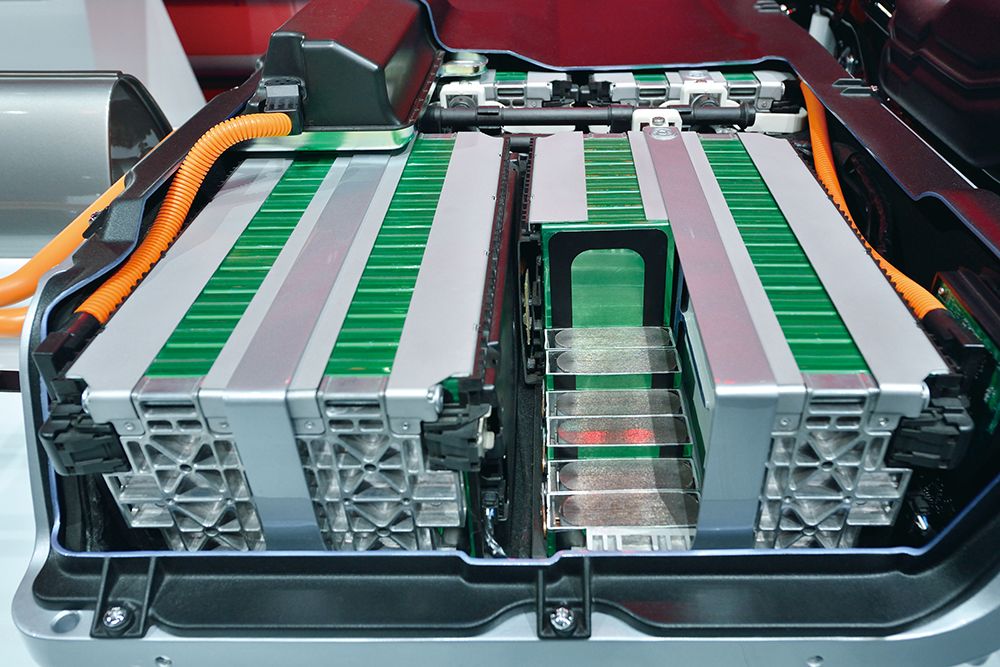 The future of EV batteries and technology.

Many new technologies are coming soon that may make it easier to own and operate a zero-emission vehicle. The woes of range anxiety and long charging times will soon be a thing of the past as battery packs could soon offer over 400 miles of range between charges that only take a few seconds to recharge, and could even provide power to the vehicle over the air.

Research at the Chalmers University of Technology has been focusing on using new battery tech as a structural component of future electric cars. It could lead to very light vehicles in which body parts are the batteries. Using carbon fiber as the negative electrode while the positive is a lithium iron phosphate, these batteries would be extremely stiff and rigid for structural components.

Following are some of the upcoming new technologies for the EV batteries:-

NAWA Technologies has designed and patented an Ultra-Fast Carbon Electrode that could completely change today's batteries as we know them. The technology utilizes a vertically-aligned carbon nanotube that can boost battery power ten times over current battery packs. It can also increase energy storage by a factor of three and increase the lifecycle of a battery five times. NAWA says that charging time will be just five minutes to get to an 80 percent charge. NAWA technology could be used in EV production as soon as 2023.

The University of Texas is working on a lithium-ion battery that doesn’t use cobalt as a cathode. Instead, it uses up to 89 percent nickel, aluminum, and manganese. The reason is that cobalt is rare and expensive. The team at U of T says their batteries also produce a more even distribution of ions.

A Chinese company called SVOLT is manufacturing cobalt-free batteries for the EV market. They claim a higher energy density, resulting in a range of up to 500 miles on a charge.

Researchers at the University of Eastern Finland have developed a method to produce a hybrid anode that uses mesoporous silicon microparticles and carbon nanotubes. They hope to replace graphite as the anode and replace it with silicon, which has ten times the capacity. The hope is that this will improve battery performance. And best of all, the silicone is earth-friendly as it is made from barley husk ash.

IBM Research has discovered new battery chemistry that is free of heavy metals and can out-perform lithium-ion batteries. The materials are extracted from seawater. IBM says its batteries will be cheaper to make, can charge faster, and pack in higher energy density and power. The company is currently working with Mercedes-Benz to develop the technology.

Researchers at the University of California Riverside are working on a battery technology that uses sand in order to create pure silicon to achieve three times better performance than current graphite-based lithium-ion batteries. This new pure silicon also advances the life span of batteries.

A battery start-up company called Silnano is bringing this technology to the market through funding from Daimler and BMW and promises a 40 percent boost in battery performance in the near future.

Imagine powering your car over Wi-Fi while you drive. You’d never have to recharge your battery by plugging into a charging station. While this technology is still a ways off, researchers have developed a radio wave harvesting antenna that is only several atoms thick, that may be used to recharge future EVs over electromagnetic waves.

The concept involves incorporating the molybdenum disulfide rectenna so that AC power can be downloaded from Wi-Fi and converted to DC power to recharge a battery or to power an EV directly. Let’s just hope it doesn’t fry your brain at the same time.

vii) Over the Air Ultrasound Charging

Another way to possibly transmit rechargeable power over the air is through ultrasound. A company called uBeam turns power into sound waves that can be beamed to your EV and then turned back into power. Right now, uBeam is experimenting with using this technology to power smartphones and laptops.

Speaking of smartphone charging, a start-up company called StoreDot which was born in the nanotech department of Tel Aviv University has developed a charger that uses biological semiconductors. These use organic peptide compounds which are the building blocks of proteins. The result is a charger that can recharge your smartphone in just 60 seconds, and the organic compounds used are non-flammable for safer charging. StoreDot is currently building batteries for EVs that will charge in five minutes and offer a range of 300 miles.

Scientists at the University of California are working on nanowire batteries that will never die. The gold nanowires are a thousand times thinner than human hair and sit in a gel of electrolyte to keep them from breaking down during recharging. They have been tested recharging over 200,000 times over three months and showed no sign of degradation.