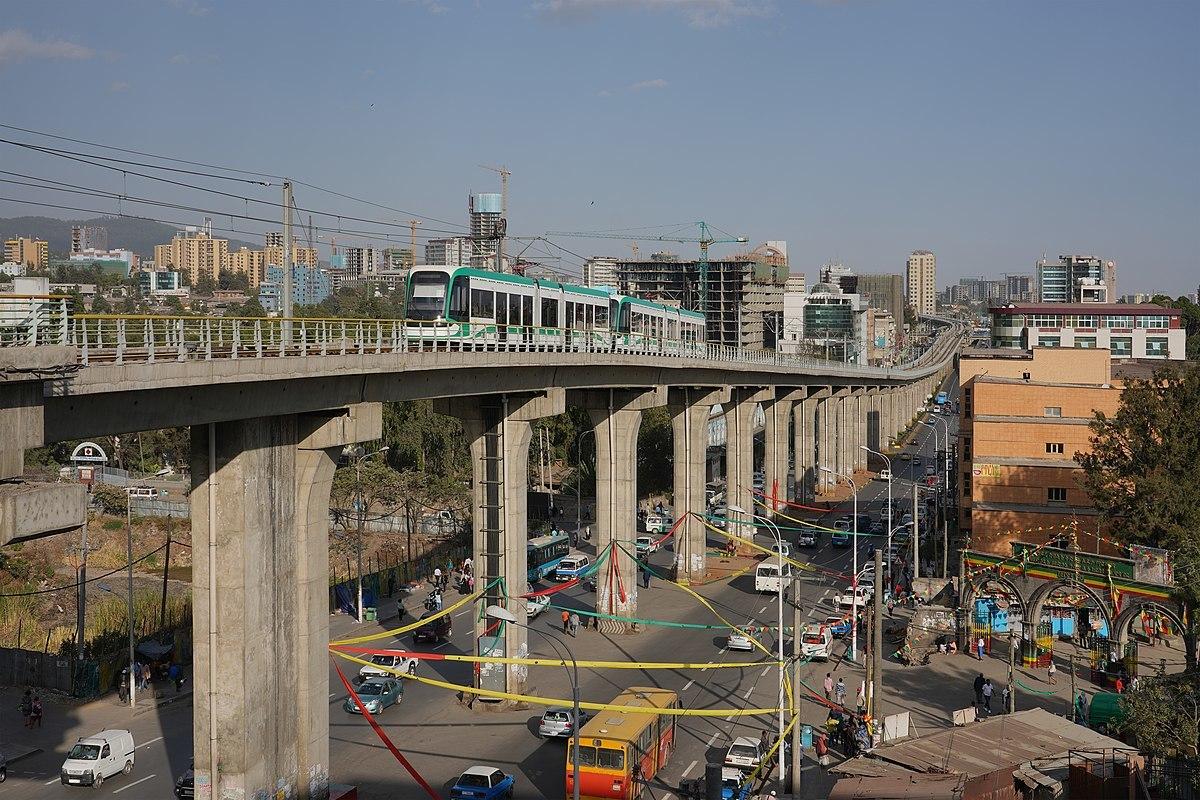 The conversation about Nairobi Electric Train System kicks off.

The electric conversation has begun in Nairobi, Nairobi MCAs, are pushing to have the Nairobi Metropolitan Services (NMS) and City Hall begin the process of putting up an electric light rail transit system to rival Addis Ababa in Ethiopia.

The ward representatives, in a motion already approved by the House, urged the two entities to undertake feasibility studies to determine the viability of the project. Hospital Ward MCA Patrick Musili, the mover of the motion, said having an electric light train in Nairobi will help reduce traffic congestion in the city as well as reduce pollution caused by the many diesel-operated matatus.

He pointed out that a similar project has been rolled out in Ethiopia where two such electric light trains have been installed in Addis Ababa, with a total of 39 sub-stations, moving 6,000 people per hour in and out of the city.
The first, installed in September 2015, is a 17-kilometer light rail transit line running from the northern part of the city to its industrial areas in the south. The second one is a 14.6-kilometer light rail transit line, commissioned in November 2015 running from the east to the west of Addis Ababa.

City Hall and NMS have been tasked to create a multi-agency technical committee made up of officers from relevant agencies to speed up the process. The committee will be mandated to conduct an economic feasibility study to determine the cost-benefit analysis of an electric light rail transit system in the city. It will be made up of representatives from relevant agencies, stakeholders in the transportation industry, and two experts from reputable firms dealing with light rail systems.
Within four months of the technical committee's formation, the members shall produce a complete report on the proposed project's efficiency, sustainability, and availability.

In his motion, MCA Musili cited Ethiopia's light rain system as a benchmark following its success. The Chinese-built 34-km Addis Ababa Light Rail Transit (AALRT) is Africa's first light railway, having been completed in September 2015 at a cost of Sh51 billion. It operates on an elevated rail system passing snaking through the city's skyline.

Minority Whip Peter Imwatok said the perennial traffic problems experienced in the capital are due to low levels of a scheduled public transport system that lacks an elaborate motorized network.
The project, he said, will see the building of a cost-effective public transportation system to reduce traffic congestion and improve road safety.
“Many people are scared of using matatus, first because of their safety and secondly there is no comfort. That is why many people would prefer to use their cars,” he said.

Dandora Area 4 MCA Francis Ngesa added that in coming up with a safe, reliable, and clean modern transport system as is being proposed, there will be no need to have private cars on the city roads. He added that you will not need to fuel your car for Ksh 2,000 while you can pay Ksh 200 for the same to go back to your home at the comfort of your seat in the rail transport system.

A light rail in Nairobi will help reduce traffic congestion in the city as well as reduce pollution caused by the many diesel-operated matatus.
“On average, travel time to come to the city center is 57 minutes whereas on average in other cities in the world it takes 15 minutes because of the established and reliable mode of public transport,” the MCA said.
It will also complement the Nairobi commuter rail which was recently recommissioned by President Uhuru Kenyatta.