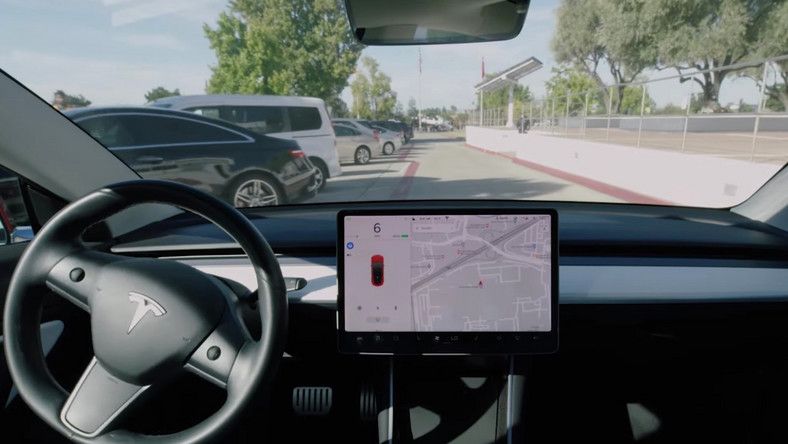 It is a feature that slowly drives Tesla EVs around parking lots and driveways with no human behind the wheel. The owner sets a destination within 200 feet on Tesla's app and then holds their finger on the screen for their vehicle to drive to them.

Tesla says Smart Summon is one of the first products in a suite of technologies it markets as “Full Self-Driving.” The automaker activated the feature for car owners using an over-the-air update at the end of September 2019.

Tesla says owners using a smartphone can summon their vehicles to come pick them up to help in everyday situations, such as to avoid walking across a parking lot in the rain or with an armful of groceries.

The Model 3 owner’s manual contains numerous warnings of Smart Summon’s limitations, including that it can’t be used on public roads and can’t detect all traffic or curbs. But some owners on social media have reported minor fender benders while using the feature in parking lots and at low speeds.

There are undoubtedly moments in which Smart Summon might be useful,example if it’s raining and you don’t have an umbrella and would rather the car come to you; if it’s difficult for you to walk, because of a disability or an injury. For a parent wrangling groceries and children, avoiding even a 2-minute walk to the car might save some sanity, though they’ll be challenged to keep their eyes on their vehicle as it driverless navigates toward them.

However experts say that Smart Summon doesn’t mean that Tesla is close to doing what CEO Elon Musk has promised: unleashing a fleet of self-driving robot taxis by the end of this year. “If Tesla is having some trouble in an uncontrolled situation like parking,and that Smart Summon feature is far from perfection, then Tesla having full self-driving cars at the end of next year? this might not be possible says  Raj Rajkumar, who studies autonomous technology at Carnegie Mellon University.

Elon says this feature is  the perfect feature to use if you have an overflowing shopping cart, are dealing with a fussy child, or simply don’t want to walk to your car through the rain.But those using Smart Summon must remain responsible for the car and monitor it and its surroundings at all times.

Smart Summon can be made to work. It is not 100 percent hands-off, as Tesla warns. There have been incidents, including: