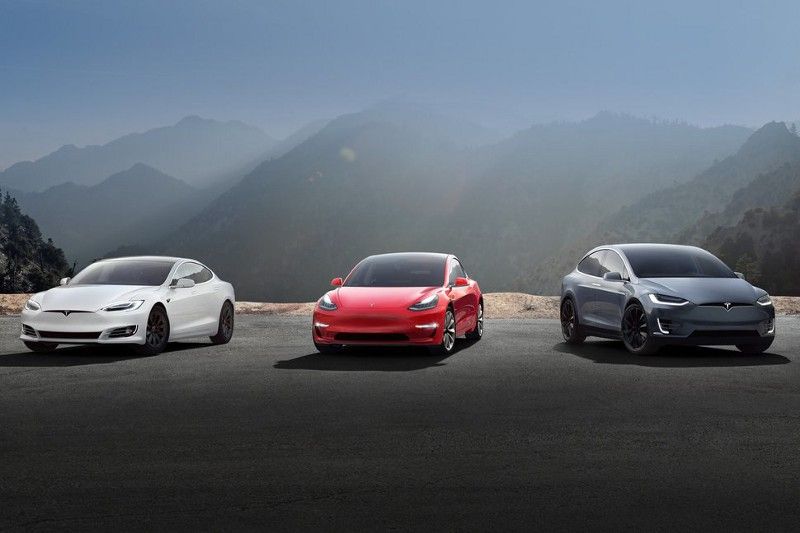 Tesla is an electric vehicle (EV) maker located in Palo Alto, California. Its goal is to produce electric cars that are can be either premium or affordable for everyday consumers. The company is run by CEO and founder Elon Musk.

Outside of EVs, Tesla is also exploring a wider ecosystem, offering a number of other solutions that leverage its experience in battery power.Several EV companies are trying to catch up with Tesla but none seem to succeed for now maybe in future.

Tesla is expanding its offering. With the Model S making a huge impact on the market as one of the first pure electric cars, it’s a company that’s being hugely disruptive. There are four models, with a number of different versions to choose from. All the ranges given are Tesla’s cited ranges, but vary depending on driving style and environmental factors.

Tesla has also changed the positioning of its models recently and in some cases offers an upgrade to unlock power or issues firmware updates which changes the official figures on ranges.

The Model S originally launched in 2012 and helped to put Tesla on the map as an automaker. Tesla has continued updating the Model S since its release, and the most recent model has three different versions: the Standard Range, Long Range, and Performance. These replaced the 75D, 100D, and P100D. The Model S is very much an executive saloon, with similar long and low design lines as you might find on a Jaguar.

While some earlier editions of the Model S offered just rear-wheel drive, all the latest Model S operate in all-wheel drive (AWD). Technically, Tesla now sells the Model S with the same 100 kWh battery, but in some versions it is software locked so it behaves like a 75 kWh battery. Ludicrous mode is available for $15,000.

The Model 3 launched in the US in 2016 as the affordable alternative to the Model S. Tesla recently began taking pre-orders in the UK and Europe from early 2019.

A four-door sedan, the Model 3 has an array of options. There are lots of versions, and much like the Model S, the different options mostly affect battery size and performance, but there’s also interior to consider. Ranges based on combined figures.

It’s an SUV-style EV capable of seating seven people, but owes a lot of its design to the Model S, especially with that interior display.

It uniquely features Falcon Wing doors (think the Delorean in Back to the Future) that, along with the huge touchscreen control center, will make all your kids think you bought a car from the future.

As with the Tesla Model S, there are a number of different versions of the Model X as Tesla has realigned the model naming, with a 75D becoming Long Range, and the 100D and P100D shifting into the Performance line.

The Tesla Model Y fills the space between the Model 3 and the Model Y, as a compact SUV. It will seat seven, offer plenty of space, but really appeal to those looking for something more affordable.

The compact SUV segment is the biggest selling at the moment and isn’t hugely populated with electric models, so it’s a key target for Tesla.

The Tesla Semi is exactly what it sounds like: a Semi-trailer truck. A prototype debuted in late 2017 and is planned for production in 2020. Tesla initially claimed the truck would have a 500-mile range on a full charge and would be able to run for 400 miles after an 80 per cent charge in 30 minutes using new “Tesla Megacharger” charging stations.

The Tesla Roadster is the first car ever produced by the company. It’s also the car that Musk’s other company, SpaceX, shot into space on the back of a rocket in 2018. Although it was eventually phased out by the Model X and Model S cars, the Roadster is going to make a comeback in 2020. A new version of the car currently in development.

Musk has said some truly mind-blowing things about the latest version of the Roadster, including that it will go 0 to 60 mph in 1.9 seconds and have a top speed of 250 mph. The car will also reportedly feature 200 kWh battery, too, which could give it up to 600 miles in driving range. That’s more than any other Tesla car.

Without the Mid-Range Model 3, there is a step change in range, significant change in price, but not so significant in acceleration, compared to the Long Range RWD option.

The differences between Model S versions, and Model X versions, mostly come down to a higher price for better acceleration and some additional standard equipment.