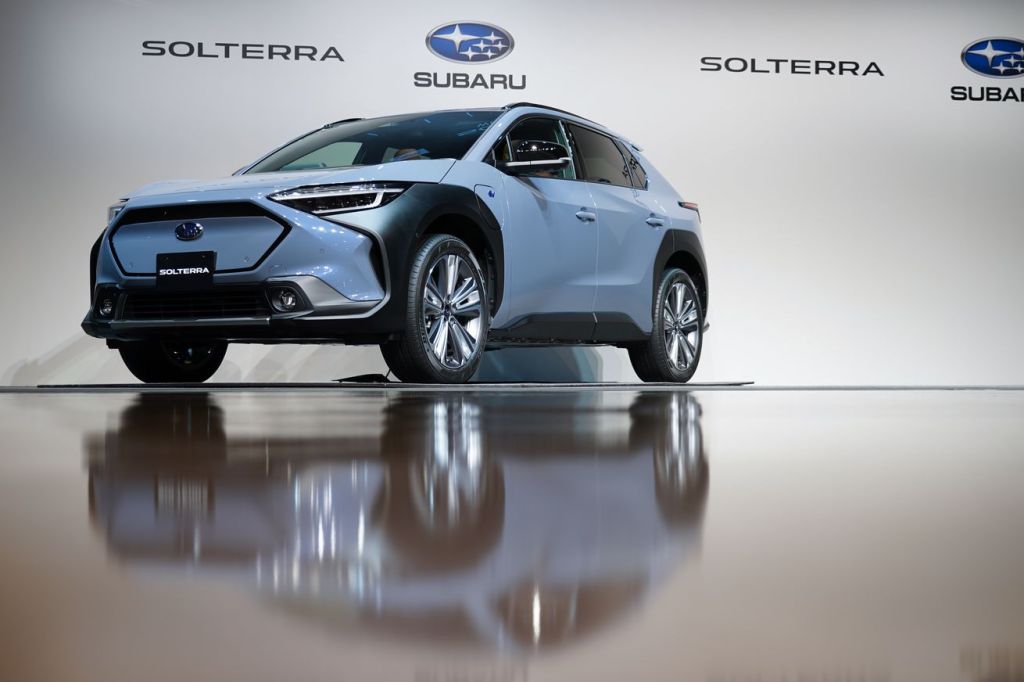 The tech shift from internal combustion engines challenges small car makers such as Subaru that are less able in terms of the financial capabilities of funding an electric vehicle project. Also, it is an opportunity for top-tier automakers, such as Toyota, to draw smaller rivals closer.

Subaru CEO Tomomi Nakamura at the launch event said the electric vehicle market is not mature yet, it will strengthen their bond with Toyota. Nakamara said the Solterra is built by Toyota in Japan and Subaru may move production to its main market, the United States when it had sufficient sales volume.

Toyota is the pioneer of hybrid electric cars but comes late in the adoption of electric vehicles. The company plans to have 15 BEV models by 2025.  It is also spending $13.5 billion over the next decade to expand auto battery production capacity.

Vehicle sales at Subaru are less than a tenth of those at Toyota, the world's biggest automaker by production volume. The front-wheel-drive Solterra has a cruising range of 530 km (329 miles), while the all-wheel-drive version can drive 460 km on a single charge, Subaru said in a press release. Toyota owns a fifth of Subaru and has a 5 percent stake in Mazda Motor Corp, which plans to launch 13 electrified vehicles by 2025, including hybrids and BEVs that will incorporate Toyota technology.