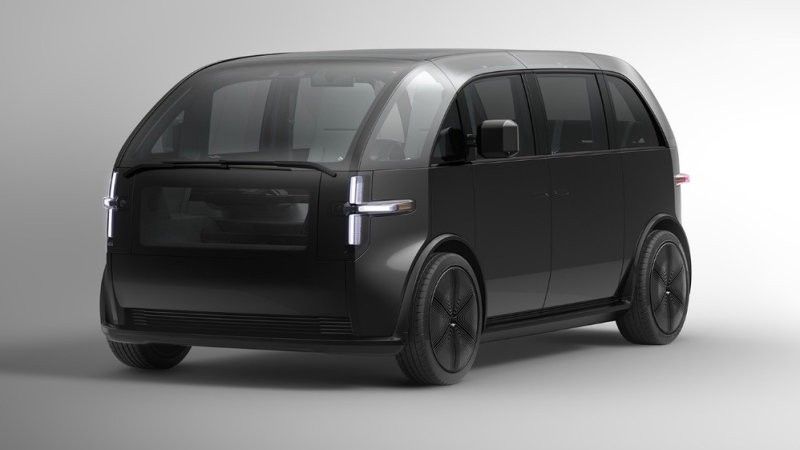 The Los Angeles-based startup Canoo has finally unveiled its first model which they named it Canoo. The Canoo designers made this car different from other EV models, this one looks like the VW I.D Buzz than the sport utility vehicle that Byton is aiming for, or Tesla and Fisker’s sports cars and sedans or Rivian’s electric trucks.

According to the company’s current leader, Ulrich Kranz. Canoo has completed the design and engineering of its first model in just 19 months and is preparing its vehicles for production through a contract manufacturer. The first cars are slated to appear on the road by 2021.

The two key features that Canoo was designing for were space and value, according to a statement from Kranz, and the first car from the company has plenty of both.

The first vehicle will have enough room for seven people, with the interior space of a large sport utility vehicle in a car with the footprint of a small compact car, the company says. In the back, seats are positioned in a semicircular formation against the sides and rear of the vehicle, while the front cabin is arranged like a sofa.

Cars always have been designed to convey a certain image and emotion; however, Canoo chose to completely rethink car design and focus on what future users will actually need. Thus, they came up with this loft-inspired vehicle, therefore when you subscribe, you think differently about a car — now the value is defined by the user benefit. They implemented the Bauhaus philosophy, which is centered around minimalism and functionality, and started with the reduction to the absolute minimal need. Next, they applied that approach to the seamless connectivity with the personal devices customers care most about — their phones.

Entertainment systems are dependent on customers’ own devices and the Canoo is compatible with both iOS and Android operating systems. Rather than having a central display, the company expects that drivers and passengers will want to use their own navigation and apps in the vehicle.

It also comes with seven cameras, five radars, and 12 ultrasonic sensors to provide Level 2 autonomy. There is also a new feature that has a video camera focused on the driver to monitor their actions and avoid unnecessary alerts when they’re operating a vehicle safely. For example, when the camera recognizes that the driver pays attention, like looking to the right side and checking blind spots, they don’t warn them with an alert because some people sometimes turn off the warning systems.

The heart of the Canoo system though is its “skateboard” architecture, which houses the batteries and the electric drivetrain in a chassis underneath the vehicle’s cabin. All of the company’s vehicles will have the same base and different cabins to create all sorts of vehicles for different applications, the company says.

The first vehicle has a five-star safety rating and includes driver and passenger airbags throughout the Canoo. The skateboard platform can also support dual, front or rear motor configurations the company said. The company says it will have the first truly steer-by-wire vehicle on the market without a hardware connection between the steering wheel and the wheels.

Steering is conducted by electric signals only, with a fully redundant control system that the company says has some long-term benefits for future designs. Steer-by-wire offers both weight savings and gives Canoo flexibility on where to locate the steering wheel to accommodate different designs and driver positions.

As for range, the company’s first car has a range of 250 miles and can reach an 80% charge in less than 30 minutes. Its battery pack is fastened directly to the skateboard structure and saves more space because there’s no separate structure. The battery also is able to provide torsional rigidity and support for the vehicle because it’s resting directly on the chassis.