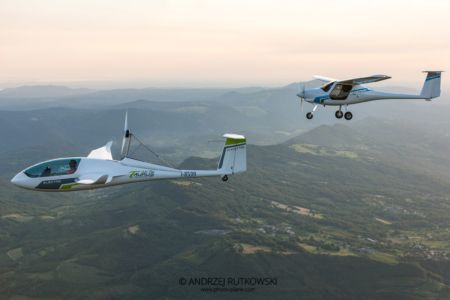 An Adelaide-based aviation technology company conducted the first flight in South Australian skies in an electric plane, as it ramps up to become Australia’s first manufacturer of electric aircraft.

Eyre to There Aviation, a newcomer to the aviation technology circuit, has announced its plans to become the first manufacturer of electric planes in Australia, after signing a formal agreement with European-based aircraft manufacturing company Pipistrel.

Under the agreement, Barrie Rogers, managing director of Eyre to There, will import 15 assembled electric aircraft from Slovenia, with the intention to later ramp up manufacturing opportunities in Adelaide.

According to Rogers, Pipistrel’s Alpha Electro plane is the world’s first serially produced electric aircraft, and he has determined the time is now to introduce such aircraft into Australia.

“Electric aircraft are cheaper to buy, cheaper to run, are significantly quieter than conventional aircraft and don’t rely on fossil fuels,” Rogers said.

He believes the technology now exists to make electric aircraft commercially viable in Australia, and intends to cash in on Australia’s training landscape and become a global leader within the training aircraft manufacturing space.

“Australia is currently the only country in the world that already certifies electric aircraft for training purposes, so we have an opportunity to be a world leader,” Rogers said.

While the newly developed planes “don’t yet have the range” of other aircraft, they are “ideally suited” for short-range flights, and will be initially used for flight instructing purposes in Australia, according to Rogers.

The two-seat plane has reportedly been tailored to the needs of flight schools, with a short take-off distance, a 1,000+ feet climbing capacity, and one-hour endurance.

With more than 250 registered flight schools throughout the country, and over 3,400 training aircraft, Rogers sees electric aircraft as being revolutionary to the flight training industry.

“The average age of small single-engine airplanes in Australia is 36.4 years, so many of these are reaching the end of their lifespan,” he said.