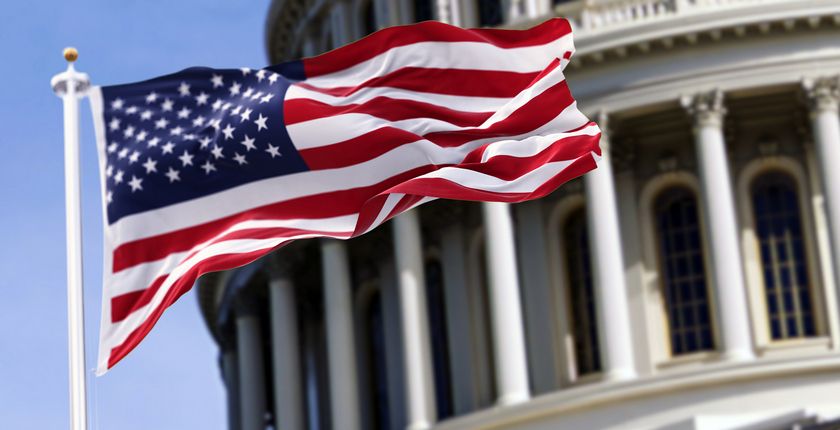 Climate bill in the US

The US Senate approved a bill that includes America’s most significant investment in climate action. The climate action is in conjunction with the healthcare commitments sites the Inflation Reduction Act allocates $369 billion (€361 billion) to renewable energy and reducing greenhouse gas emissions. Experts at several analysis firms have estimated that it could cut emissions in the US by around 40 percent by 2030.

President Joe Biden called it the “largest investment ever in combatting the existential crisis of climate change,” praising it for “making the wealthiest corporations finally pay their fair share”. It could bring the country close to Biden’s goal of cutting emissions in half by the end of the decade.

The bill gained support from all 50 Democratic Party members in the Senate with a tie-breaking vote made by Vice President Kamala Harris. But the approval came after an overnight debate which saw the Republican Party try to unsuccessfully work in several amendments.

Now it will move to the House where Biden has urged this version of the Inflation Reduction Act to be passed into law as soon as possible.

But what exactly will this $369 billion in investment go to and is this really the historic breakthrough it is being slated as?

Billions of dollars will be put towards expanding wind and solar power. It could be more than triple clean energy production in the US according to an analysis from the American Clean Power Association - enough to power 110 million homes.

Investment in improving clean energy provision for industrial sources like construction, which often have a hefty carbon footprint, will also help cut the country’s emissions. And the bill includes incentives for companies to manufacture more green tech needed to do this in the US.

Also included in the bill are incentives for consumers looking to invest in green technology.

A non-profit that promotes energy efficiency, estimates that these tax credits and other measures included in the bill could save US households around $1,800 (€1,767) a year.

3. Billions for communities suffering the most from pollution

The Inflation Reduction Act includes $60 billion (€59 billion) for those facing the worst impacts of fossil fuel pollution. It aims to help disadvantaged communities to monitor and clean up pollution while building resilience to the consequences of the climate crisis.

It also sets the first methane fee which will penalize companies emitting excessive amounts of this powerful greenhouse gas.

The reduction in pollution that the bill could bring about would save up to 3,900 lives a year by 2030, according to energy and climate policy firm Energy Innovation. Importantly, the organization’s modeling shows that deaths would decline by a higher percentage in communities of color where the consequences of pollution are often concentrated.

4. More green jobs will be created

As the Inflation Reduction Act encourages the manufacture of clean technology in the US and boosts renewable energy production, it is likely to create green jobs. Energy Innovation estimates that around 1.5 million new roles in construction, manufacturing, and service could be created by 2030.

But the bill will also make access to these jobs more equitable by ensuring that companies taking advantage of the tax credits pay workers fairly and offer positions to apprentices. This could help to diversify the workforce and increase the pool of people with skills in these green industries.

i)Rosie Frost (2022) Inflation Reduction Act: 5 key takeaways from the most significant climate bill in US history