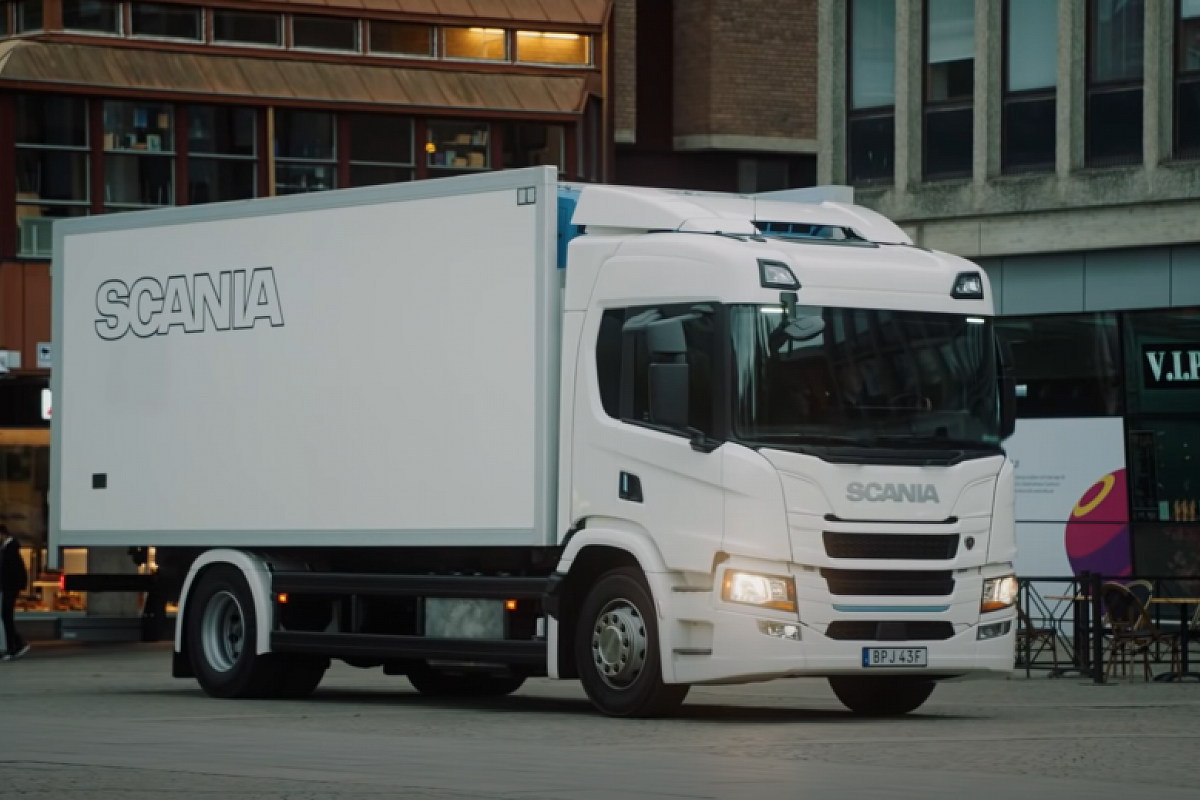 Swedish commercial trucking giant Scania has officially launched its first fully electric truck which boasts a range of up to 250 kilometers driving range, and fast charging to make longer drives possible. The Scania electric truck can operate during the whole day and still return safely to its home depot for overnight charging. If there is a need for an extended range, the driver can fast charge the truck over a break or during natural stops in operation.

The truck has variety of options of either five, for a total of 165 kWh, or nine batteries making a total of  300 kWh installed capacity. With five batteries the range is 130 km. The range is dependent on the weight, body type and topography.

With the combustion engine removed, space for batteries has been freed. Additional batteries are mounted on the chassis frame. The new electric motor delivers a continuous power of 230 kW or approximately 310 hp. The motor has two gears to provide high power over a wider speed span, thereby improving comfort.

One of the major benefits with an electric motor compared with combustion engine is its high controllability. In practice, the customer will experience this through faster acceleration and response from the powertrain. Other components needed for fully electric propulsion, such as battery management units, battery cooling components, electrohydraulic steering system, electric air compressor and inverter are also mounted along the chassis frame.

Scania’s battery electric truck comes equipped with a CCS charging connector to charge from the electric grid. With 130 kW DC charging, the five battery packs will be charged in less than 55 minutes and the nine batteries in less than 100 minutes. The truck can also be charged through regenerative braking.

Scania’s new truck is equipped for a fully electric power take off. Instead of connecting auxiliaries to the interface that is usually located on the gearbox or engine, it is instead connected to an electrical connection box, called a DC box mounted on the chassis. This gives a DC link of up to 60 kW PTO for body auxiliaries such as refrigeration systems and hook lifts. The Scania electric truck is available with the L- and P-series cab, both of which are designed for urban operations. The low-floor L-series cab, particularly, is purpose-designed for congested city conditions with unrivalled visibility.

Anders Lampinen, Director, New Technologies says that the sustainable emission-free transport is an increasing  requirement for transport companies. He adds that acquiring an electric truck is not just an investment in the customer's fleet, but also in its brand and market. The electric truck enables the customers to stay ahead of the competition, learn about infrastructural challenges and start adapting for the future.