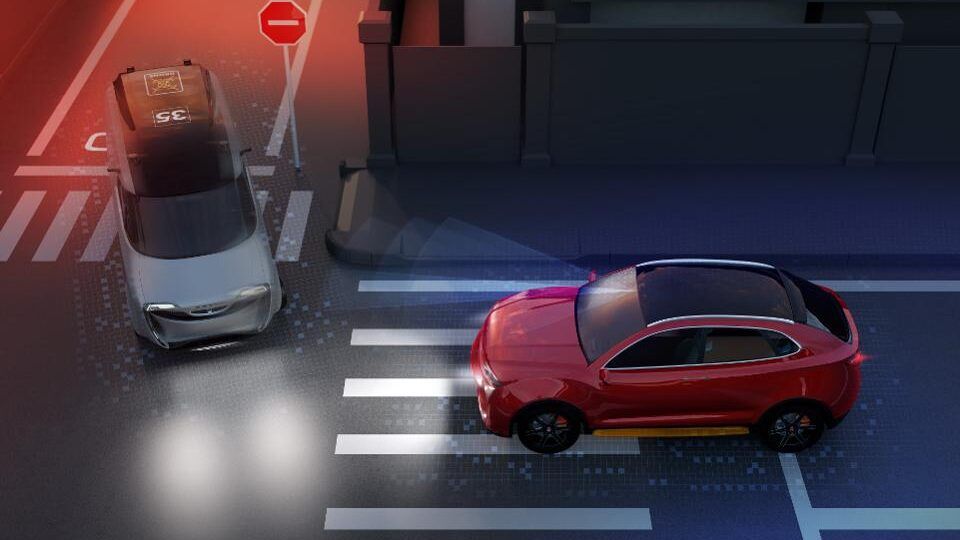 As sales of electric vehicles continue to grow around the world, issues of safety have become of high importance, in particular how cars are serviced and how voltage in the vehicles can be reduced in cases where the circuitry is damaged.

Electric vehicles have higher voltage and energy systems than traditional cars and in order to reduce the risk of electrocution in the event of a collision, the voltage must be reduced as quickly as possible.

The main safety issue in electric vehicles is the high voltage of the DC ‘bus’ - electrical conductors that store power at high voltage and distribute power to other circuits in the car.  To reduce power surges during a collision, a circuit breaker is installed to interrupt the connection between the battery and boost converters, which would normally act to lift the voltage to high levels.

In case of collision, currently electric vehicles have a circuit breaker that helps to isolate the battery from working  on any other component of the car. This will prevent power surges, but it does not reduce the voltage stored in what we call the DC ‘bus’.

The bus voltage in most electric car models is 400V, which is much higher than the voltage in our home systems at 230V, as well as industry levels at 380V.To significantly reduce the risk of a fatal electric shock in the case of a car crash, you need the voltage to be 60V or less and to reduce to that level in under five seconds.

The research involved designing a hybrid model of the DC bus that used both the internal mechanisms of the car and the external pathways that allow safe passage of energy. The team now have a system, that in the case of circuity damage, would consume any remaining voltage so that energy does not build up, increasing the risk of electrocution.

Building on this work, the team addressed how to ensure the protection of the entire electrical system of the car from circuit failure in the event of a crash. The researchers devised an energy discharge algorithm that would mean that even in the event of an electrical failure the DC bus would still be able to reduce the voltage output and protect other circuitry in the vehicle.

Following successful mathematically modelling, the technology has now been trailed in a car powertrain testing system - an assembly of all the components that make the car run -  and the team showed that voltage is reduced to 60V in under 5 seconds in the event of damage to circuits. This will ultimately protect drivers and passengers from serious injury or fatal electric shock.

We are now aware EVs need less service compared to traditional cars. Electric cars are here to stay and sales will continue to grow, so we have to be able to answer these important questions on safety and how we service these cars so that vehicle owners can be assured of personal safety in any type of road incident.

Charging the lithium-ion batteries that fuel electric vehicles is a delicate balancing act. Ideally, drivers want to power up as quickly as possible to get back on the highway, but with current technology, speeding up the process can cause damage. When a lithium-ion battery is being charged, lithium ions migrate from one side of the device, the cathode, to the other, the anode. By making the lithium ions migrate faster, the battery is charged more quickly, but sometimes the lithium ions don’t fully move into the anode. In this situation, lithium metal can build up, and this can trigger early battery failure. It can also cause the cathode to wear and crack. All of these issues will reduce the lifetime of the battery and the effective range of the vehicle — expensive and frustrating consequences for drivers.

One solution to this conundrum is to tailor the charging protocol in a way that optimizes speed while avoiding damage to the many different types of battery designs currently used in vehicles. But developing optimal protocols requires a huge amount of data on how various methods affect these devices’ lifetimes, efficiencies, and safety. The design and condition of batteries, as well as the feasibility of applying a given charging protocol with the current electric grid infrastructure, are also key variables.

Outlined below are some common safety systems available in many modern EVs.

ACC is an intelligent control system. The driver sets the max speed and sets the distance between their own vehicle and the one in front of them. From there, the front-facing sensor does the rest of the work. The sensor instructs the brakes to keep that distance and alters the acceleration accordingly. It also keeps the vehicle within the max set speed limit. ACC is normally paired with a front collision warning system that activates when the radar senses a potential accident.

For a blind spot warning system, the EV sensors and cameras work together. They prompt an alert if another vehicle is closing from any angle that may or may not be visible in the side mirrors. In addition to a warning alarm to alert the driver, a warning light flashes on the dashboard. This system also activates when a lane change signal is given by the driver but the vehicles at the rear are close by.

By using the EV’s radar sensors and cameras, this system can detect nearby vehicles, pedestrians, bicycles, and other potential hazards. On detection of any obstruction, this system first triggers a warning and alarm. If it senses that the car is approaching the obstruction at crashing speed, it engages the brakes and stops the vehicle. This system operates in such a way that the EV will typically trigger it at high speed. These crash-avoiding safety features aim to save lives.

Lane assist systems are typically available on EV models that have self-driving capabilities. This system is capable of sensing the lane markings and controls the steering wheel to keep the vehicle centered between the lanes. While this system is similar to a lane departure warning system, it is far more robust. Lane departure warning systems alert drivers that they are leaving their lane and must take corrective action. However, a lane assist goes a step beyond by taking temporary control over the steering wheel to keep the car centered and its occupants safe.

i) University of York (2022) Risk of electrocution from electric cars reduced with new technology.