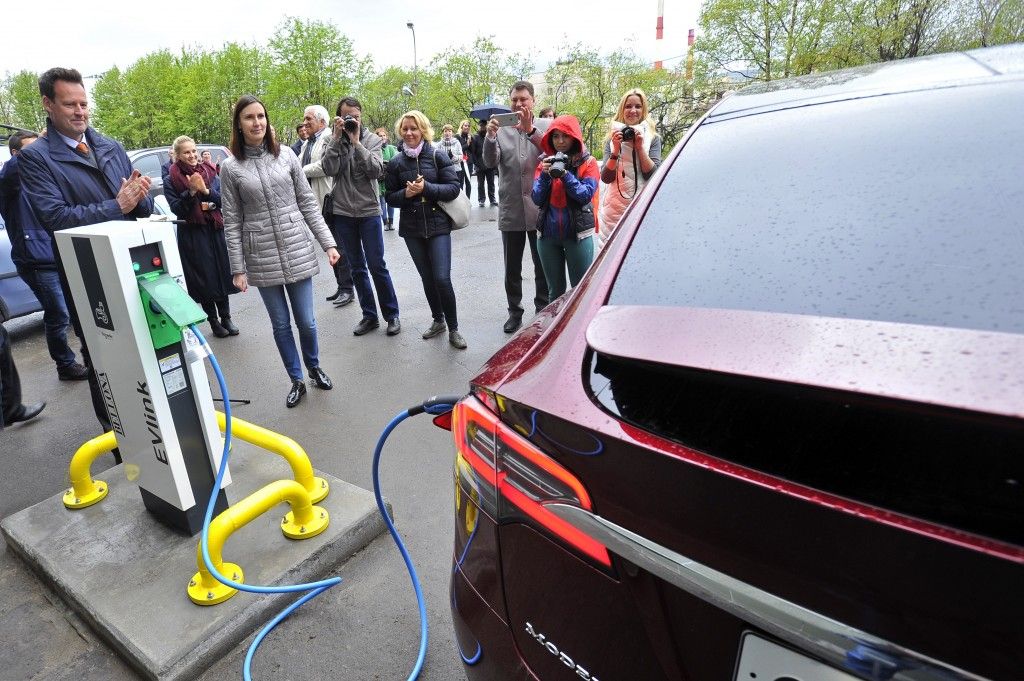 Over the past several years, the number of electric cars in Russia has been on a steady climb, with figures regularly doubling on a year-by-year basis. The Eurasian Economic Union, whose biggest member is Russia, says it is considering scrapping import taxes on electric cars until the end of 2020 in an effort to boost their sales.

Advocates of emissions-free vehicles have long urged such measures to help bring Russia up to the standard of its electric-vehicle-friendly European neighbors. But even economic union politicians backing the tax break are skeptical it will be enough to spark a Norwegian-style run on electric cars from Russian dealerships.

Still, they hope it will be enough for electric cars to gain a bigger toehold in the Russian market ­– thereby stimulating growth in the country’s feeble charging infrastructure and reducing sticker prices that are prohibitive to most Russian consumers. Lopping the import tax of the cost of an electric car would mean a savings of 15 percent.

Whether to adopt the measure is still under consideration by the union. But hopes are high that it will pass. In recent years, the union has mandated similar tax breaks on electric cars — between 2014 and 2015, and again for less than a year between 2016 and 2017.

But those discounts only applied to incorporated entities — such as car dealerships or large municipal buyers. This new discount, if adopted, would be passed on directly to consumers. The new measure would abolish customs duties on electric cars — which would amount to a markdown of as much as half the sticker price.

The total number of electric cars in Russia remains unremarkable. There are about 6,300 EVs in Russia this is according to Autostat, Russia’s vehicle registration agency. Autostat says that 3,303 pre-owned electric cars were sold in Russia in 2019 — representing an upward trend from the previous year when 2,237 Russians bought used electric cars.

That’s still not much when compared with Norway, where 60 percent of all cars sold by only March of last year were fully electric. With over 296,000 electric cars on the road, Norway has the highest per capita ownership of electric vehicles in the world.

But it was because of government initiatives like the ones currently under consideration at the Eurasian Economic Union that it was able to reach that perch. As far back as 1990, the government began to introduce incentives for EV owners. Big changes started to come at the turn of the millennium when road tax was lowered, charges for toll roads and public ferries were removed, and free parking was offered in some municipal car parks.

Norway’s 25 percent sales tax was removed from new EV purchases in 2001, and drivers were permitted to use bus lanes from 2005. Although the country’s extensive charging infrastructure was kick-started by government money, private companies are now taking over operations and there has been a lot of interest from overseas.

Yury Sergeyev, the senior advisor on electric mobility with Bellona’s offices in Murmansk, says that while the tax break is a good idea, it needs to last for far more than a year for any real lift in Russian electric car sales to register.

“We are not expecting this to blow the market for electric cars,” he says. “Electric cars are still very expensive for ordinary Russians. The tax break could increase sales by one or two times, but to really stimulate the market we need other preferences for electric car owners from the government.”

Vladimir Bespalov, an analyst with VTB Capital, a major Russian investment bank, agreed, telling the business daily Vedomosti that electric cars “are a niche product and will probably remain as such for the foreseeable future.”