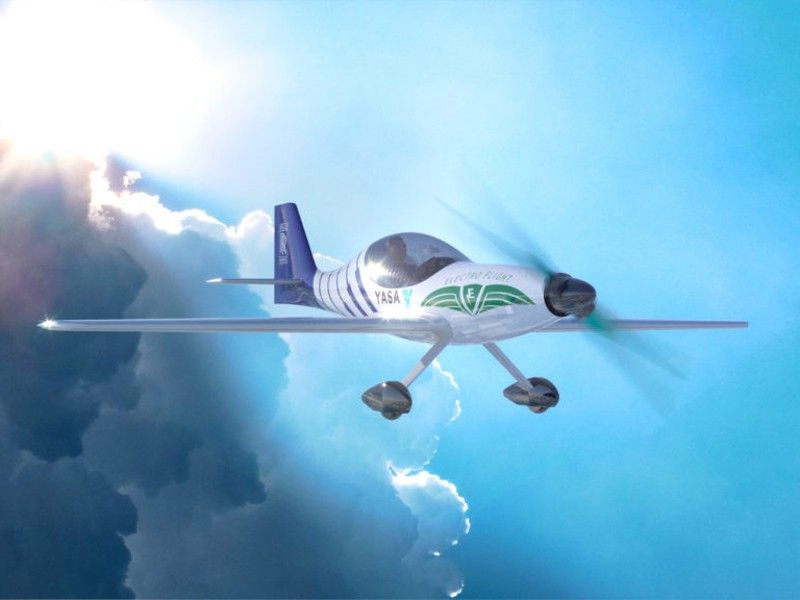 Just like electric cars, the airplane needs a battery to enable it to fly. The major difference between the electric car and the airplane is the airplane batteries are heavy but this is not what the engineers want, they are foreseeing a situation where they come up with a way of having light aircraft. It could be a reason why they have a shorter range.

The company is collaborating with the UK government, YASA, and Electroflight for the engineering feat. YASA is a UK-based manufacturer of “high-power, lightweight” electric motors, and controllers for multiple applications, including cars and aerospace, while Electroflight is a startup focusing on bespoke electric powertrains.

Engineers at Rolls-Royce are designing the fastest single-seat electric airplane in the world, this is according to IEEE Spectrum. The current record is 210 mph (338 km/h). Rolls-Royce has a new airplane that is expected to crack the 300 mph barrier and be able to fly up to 200 miles (322 km) on a single charge.

Rolls- Royce says the aircraft has three 72 kWh batteries, each with 6,000 lithium-ion battery cells and weighing 450 kilograms. That’s more than a ton and half of the batteries, quite a lot for a small plane. Making all those cells into battery packs was another challenge. For that, Rolls-Royce turned to Electroflight, a startup specializing in aviation batteries. It began by analyzing innovations happening in electric racing series like Formula E. By using ultra-lightweight materials, and as little of them as possible, Formula E has slashed the ratio of packaging to battery cell weight in half compared to normal electric vehicle battery packs.

Packing cells so close together produces lots of heat, so the Rolls-Royce engineers have devised a water and glycol cooling system that directly contacts each individual cell. Finally, they built an ultra-strong exterior shell for the battery pack to reduce the risk of fire in the event of a crash landing. The battery management system can shut down any cells that experience failure, and the airplane can land even if one of its battery packs is inoperable.