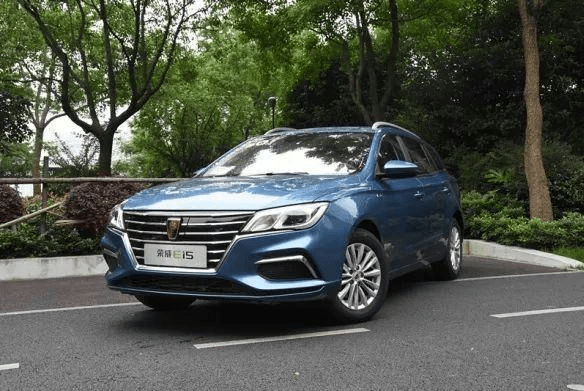 Roewe which is a brand created by SAIC in 2006 using intellectual property and technology from the British automaker MG Rover already has a number of electric cars, they are E50 a compact car, the ERX5 an SUV and a number of hybrids.

The Ei5 is an estate/station wagon from Roewe which is a bold choice because the estate is not a common sight on Chinese roads but is good for the consumer because it increases the number of cars and body types that are electric and hopefully increases the reach of the electric car market.

The exterior of the car is very standard for the market segment, although the design has been kept modern by using bigger lights on the front and back and the chromed air intake design on the front and back. The Roewe Ei5 body size is 4544/1818/1532mm, and the wheelbase is 2665mm.

The Roewe Ei5 has a range of 301km (187 miles) that comes from its 35kWh ternary lithium battery, priced from $20,789) to ($22,654) depending on which variant you choose. The Roewe Ei5 is the only electric estate in China and the Roewe Ei5 was designed with an electric car in mind so has benefits that come from not being a retrofitted design.

It is a well-designed car, the design is reminiscent of many recent cars but the Roewe Ei5 is integrated into Roewe’s design style by using the Roewe’s fake grill that was used on the ERX5 before. The Roewe Ei5 also drops the tradition of using blue decorative highlights to identify it is electric which clears up the look.

The interior of the car is enhanced by the fact that the battery does not stick into the passage or storage space, giving the car a spacious look. Many Chinese EV the storage space is normally very small, so it is a welcome change. The overall style of the interior straddles modern and luxury, with a mix of black leather, plastics, and chrome that is tastefully laid out, it also mixes buttons and a smart central display for customers of all stripes.

The Roewe Ei5 electric motor is a permanent magnet synchronous motor, this motors maximum power is 85kW and it has a maximum torque of 255NM. It is equipped with regenerative breaking that was previously less common in Chinese EVs. The Lithium-ion battery pack give the Roewe Ei5 a reported of 301 KM (187 Miles) and it can recharge to 80% in 40 minutes. The Car has three driving modes, Eco, Normal and Sport.

The central console comes with software developed by Alibaba an Android competitor for smart devices called AliOS, the AliOS is part of China’s push for smart internet connected cars and its voice controls can allow the driver to interact with the music, air-conditioning, navigation, windows etc using natural language, you could ask it to find the nearest charging station and it would set the navigation system to that location. The car comes equipped with a PM2.5 air filter which seems to be a trend at the moment for newly released cars in China.