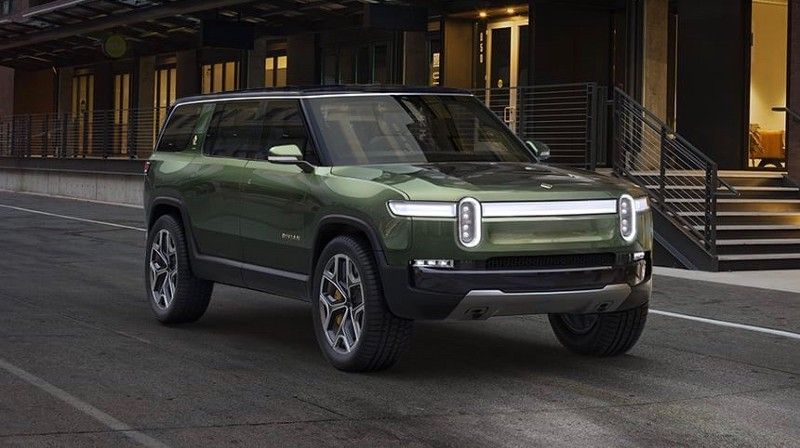 R1S will be available in three different battery pack configurations, with a 105 kWh version capable of about 240 miles of range, a 135 kWh variant that can last for around 310 miles, and a top-of-the-line option with 180 kWh of capacity, pushing the range over 410 miles. Those range estimates are each slightly higher than what Rivian expects its pickup truck to be able to get out of the same battery packs. (Also of note, the 180 kWh version will only seat five.)

Rivian’s SUV will be just as fast as its pickup truck sibling, with the base model reaching 60 miles per hour in 4.9 seconds, and the two higher-spec models hitting that speed in just around three seconds. That’s because the SUV will have the same quad-motor layout as the pickup truck, meaning an electric motor will power each wheel for precise all-wheel drive performance. While the base model will have 400 horsepower, the 135 kWh version will have 750 horsepower. That number drops to 700 horsepower in the 180 kWh version of the R1S.

Four electric motors, one on each wheel, generate around 754 bhp and a total torque output that reads like a misprint at 1,119 Nm. Those figures may well make owners feel like they could pull the moon out of its orbit given a long enough rope but Rivian only claims a 3,500 kg towing capacity and an 800 kg maximum payload for its machine.

Inside the SUV, a 15.6-inch touchscreen takes up a huge portion of the dash, while a second, 12.3-inch screen sits behind the steering wheel. A third touchscreen, measuring 6.8 inches, is at the back of the center console, within reach of rear passengers. The R1S will also be outfitted with sensors capable of allowing the SUV to drive itself in certain situations, according to Rivian.

The R1S also has the same front trunk as the R1T, with 11.7 cubic feet (330 liters) of storage space, as well as a similar spare wheel-sized bin in the floor near the rear of the car. It doesn’t have the gear tunnel that Rivian’s pickup truck features, and also has less storage space under the seats compared to the R1T.

The R1S may be a seven-seat family SUV, but Rivian claims its acceleration can rival that of super cars. Rivian claims the 135-kWh version will do zero to 60 mph in 3.0 seconds. The company quotes times of 3.2 seconds and 4.9 seconds for the 180 kWh and 105 kWh models, respectively. However all versions are limited to 125 mph.