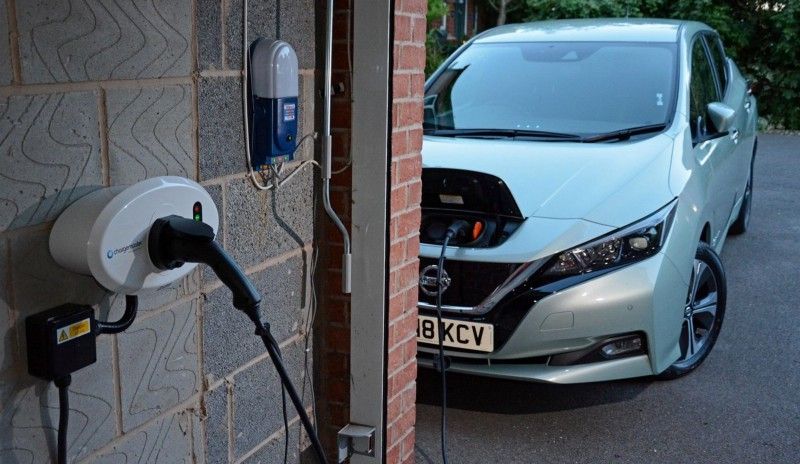 Powering an EV, Cheap Or Expensive?

EV charging is unfamiliar territory for anyone raised in a gas-car culture. But it’s getting easier all the time to find the electric vehicle supply equipment and rate plan that make ownership of a plug-in car as easy as flipping a light switch.

This is the most asked question especially here in Kenya am not sure of your country maybe you leave a comment so that I can have an idea of the situation there too, when you strike EV conversation one will be worried about the power bill and the disruption when charging the car, but this shouldn't bother you when you considering to buy an EV because just like a phone you charge it at intervals likely when the power is almost depleted, this is the case too when you will be charging the EV.

If you buy an electric car, the cost of a fill-up will largely depend on when and where you charge it and what rates your utility company offers. For the bigger picture of what it costs to charge a plug-in car, you should include the amortized cost of buying and installing a home charging station. If you’re considering using solar energy to power your car, the cost of a home solar system might also figure into the equation. It sounds complex, but determining the cost of a plug-in vehicle’s daily juice habit isn’t difficult once you understand all the individual cost points.

When you’re shopping for a gasoline-powered car, you pay attention to how many miles per gallon it gets. For plug-in vehicles, mpg isn’t the metric. Instead, an electric car’s energy consumption is measured in kilowatt-hours per 100 miles (kWh/100 miles). That rating is on the car’s EPA fuel economy sticker and in the owner’s manual. Additionally, the federal Department of Energy, which establishes the energy-use ratings, keeps track of them on its fuel economy site, one efficiency list for pure electric cars.

To figure out your cost of charging at home, multiply your vehicle’s kWh/100 miles figure by the electric rate for the time of day you’ll most often be charging (more about that in a minute). That figure will tell you the cost per 100 miles.

You also can work from the total kilowatt-hours it takes to recharge the EV’s battery. If an EV requires 40 kWh to recharge a fully depleted battery, and the rate is 18 cents per kWh, that’s $7.20 for a fill-up. While you might occasionally be able to charge for free at a public station, that’s not something you can count on. Most electric-car owners charge at home, and so you’ll need to know what it costs to charge there.

Your state’s average is just that, however. What you pay is determined by your utility company and the plan you use. Utility companies typically have two types of rate plans. In level-of-use plans, electricity cost rises with your consumption. A kilowatt at month’s end is likely to cost more than one user on the first day.

With time-of-use plans, you pay by the time of day when you’re using electricity. The electricity that you use at peak hours costs the most. Some plans divide the day into peak and off-peak periods. Some also have mid-peak slots. Let’s use Southern California Edison as an example, based on the state where most electric cars are sold. Southern California Edison has a triple-tier, consumption-based basic monthly plan for residential users that starts at 18 cents per kWh and rises to 37 cents. The utility also has six optional residential time-of-use plans. All of them charge the most for consumption in the late afternoon and early evening.

One of the plans charges separately for household use and EV charging, with lower rates for the cars. But this requires the installation of a separate meter for the home EV charging station. That can cost well over $1,000.

Depending on the Southern California Edison rate plan, a 2018 Tesla Model 3, rated at 26 kWh/100 miles, would cost as little as $1.56 for 50 miles’ worth of power if home charging started at 11 p.m. Or it could cost four times as much, $6.37, if the car was routinely charged during peak hours. On the separate-meter time-of-use plan during the peak noon-9 p.m. period, that charging session would run $4.81. It would be $2.21 for the rest of the time.

If you’re going to be a heavy user of 240-volt public charge stations, pay attention to the speed of the onboard charger for any EV you’re considering. This is because charge stations often make you pay by the hour. So a car with a slow onboard charger will cost more to fill that one with a fast one. And the differences can be huge: A base 2017 Leaf with the then-standard 3.3-kW onboard charger takes twice as long to charge and twice as much to fill than a 2018 or later Leaf with its 6.6-kW onboard charger. Thankfully, many EVs now come standard with a 6.6- or 7.2-kW charger. Therefore less electricity consumption.