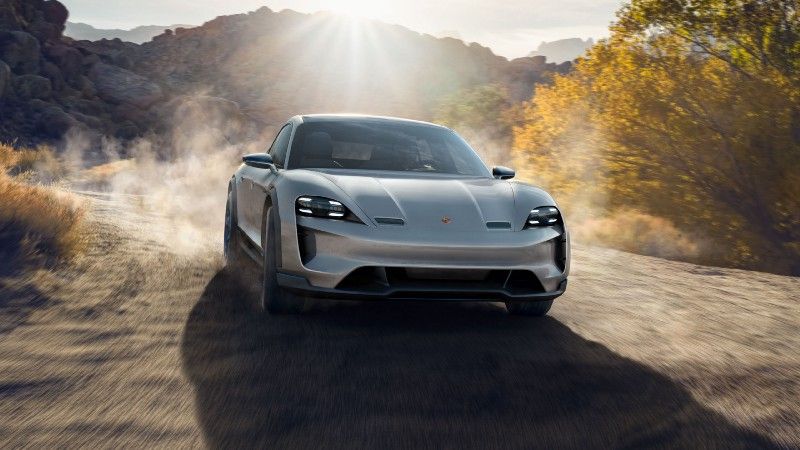 Power is provided by a duo of electric motors with a combined output in excess of 600 horsepower (440 kilowatts), that enables the vehicle to reach 62 miles per hour (100 kilometers per hour) from a standstill in less than 3.5 seconds. Top speed is 155 mph (250 kph).

The four-door machine rides on the firm’s 800 volt architecture, which means it has fast charging capabilities. Therefore the car can go up to 310 miles which is equivalent to 500 kilometers between two charges and in just four minutes of recharging the batteries will have enough power for a range of 62 miles or 100 km. The Mission E Cross Turismo acceleration is good for 0–62 mph in 3.5 seconds.

The 90 kWh lithium-ion battery which is bigger than the 75 kWh batteries in Tesla’s Model S and Model X S.U.V., but smaller than their available 100 kWh options that lies down beneath the passengers seats the storage divides the seats that is the front and rear.Porsche says it will be good for more than 300 miles of range. The car was electronically limited to 50 miles an hour.

The cars performance is equated to sound but mission E produces little noise. If you stab the throttle and the dual motor system produces lower sound than the Tesla. The car is electronically limited to only 50 miles an hour and keeps dropping while driving. The all-wheel-drive system has the ability to vector torque to the wheel that needs it. Rear-wheel steering is planned. Plenty of tight turns offered the chance to assess handling. The battery pack under the floor provides a low center of gravity common to such electrics, even though the Cross Turismo rides a touch high.

Porsche has developed its own 800-volt fast-charging system. Klaus Zellmer, the chief executive of Porsche Cars North America, said the system will be able to add 250 miles of range in about 15 minutes. The brakes are normal while driving, there is no aggressive regeneration going on just progressive ,predictable and strong stopping power.

Porsche has several touchscreens .There are four main displays including an ultra-wide curved TFT instrument display behind the steering wheel, whose layout changes depending on which of the four driving modes you happen to select via the knob on the steering wheel.A screen in the centre of the dash shows user customization content and provides access to a variety of downloadable apps, while a third, passenger side display lets those riding shotgun faff about with drones or access media independently.Then there are tiny touchscreens on the doors for adjusting the seat and opening the windows, plus tiny touchscreens on each of the air vents for changing ventilation strength.

That camera, mounted in the interior mirror, can also track the movement of your eyeballs to recognize which bit of the instrument display you’re looking at. Smart touch buttons on the steering wheel allows you to make selections from the highlighted menu.