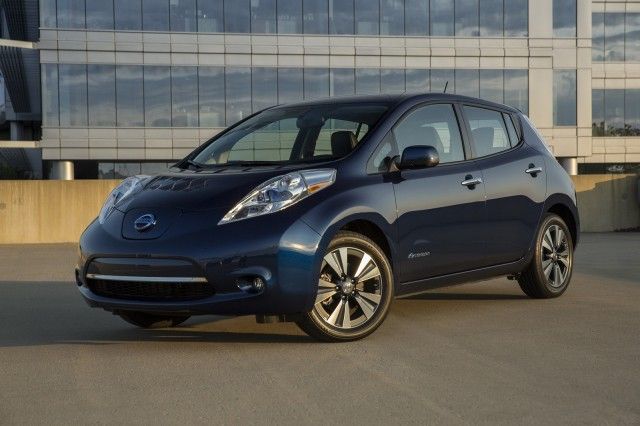 Affordability of electric cars is a major concern for the consumers. Nissan Leaf was the first EV to come to the market in 2010,since then it has proven to be the most popular electric car.

The automotive research company iSeeCars analyzed over 54,000 used EV sales from 2019 to 2020. The Nissan Leaf remains the most popular used EV in 18 of the 25 states with the highest share of EV sales. That's a function of both price and availability. Relatively few Tesla vehicles have hit the used car lots.

In US for example, as demand for used cars spikes in the US, that pattern is continuing: In 2020, the bargain-basement Leaf ($13,054 for the average used model) kept 28% of the US used EV market. Even in Tesla’s home state of California, the Leaf is outselling Tesla’s lineup.

That’s not a knock on Tesla. The California carmaker has sold more than a million vehicles, most of which start well north of $50,000, and claimed the crown of the world’s most valuable carmaker this year, with a market capitalization of $385 billion towering above even Toyota. In the last three years, the carmaker’s total EV sales dwarf those of the Nissan Leaf, 11 to 1.

With the analysis done its true to say price is most people’s first consideration. The automotive research company iSeeCars analyzed over 54,000 used EV sales from 2019 to 2020. The Nissan Leaf remains the most popular used EV in 18 of the 25 states with the highest share of EV sales.

That’s a function of both price and availability. Relatively few Tesla vehicles have hit the used car lots. Although the carmakers have manufactured a comparable number of Nissan Leaf's (142,000) and Model S (164,000), Tesla owners have held onto their cars longer. For the 2012-13 model, three times more Tesla Model S owners kept their car than Nissan Leaf owners, reports iSeeCars.

Yet the volume of Tesla models now entering the market is likely to change the equation. It’s not much of an exaggeration to say America’s EV market belongs to Tesla. Nearly half of EVs sold in American since 2012 bear the Tesla logo. As the Model 3 has roared to bestseller status, the model’s share of all US EV sales rose to 62% (not including Tesla’s premium Model S and Model X). Eventually, of course, those new Tesla's will hit the used car market, and the Nissan Leaf may finally lose its last hold on the top of the bestseller list.

Whether it's a used Leaf or a used Tesla, electric cars can be bargains. A 2017 study found that used electric cars were competitive in price and mileage on the used market with gasoline vehicles. Add in the lower running costs of electric cars—thanks to cheap electricity and fewer regular maintenance needs—and a used electric car could be a good option.

A used Nissan LEAF costs roughly the same to charge whether it's overnight home charging that makes the most of cheaper off-peak rates, or a quick on-the-go top-up at a public charge point.

Just like the current Nissan LEAF, used models are eligible for all the same cost-saving benefits , whether zero road tax, exemption from congestion or low, emissions zone charges, or eligibility for the Electric Vehicle Homecharge Scheme (EVHS)

There’s also no need to worry about range. The advanced tried-and-tested lithium-ion batteries that power the Nissan LEAF have been honed by decades of development and are proving even more resilient than initially thought – only losing a few percent of their original charging capacity year-on-year.

If you buy through Nissan Intelligent Choice , Nissan’s approved used scheme , you get a minimum 12-month warranty and a Battery Quality Guarantee that protects you from significant loss in battery capacity. Plus, as servicing costs are around 40% lower for electric cars, there’s less worry about expensive repair bills for wear and tear.