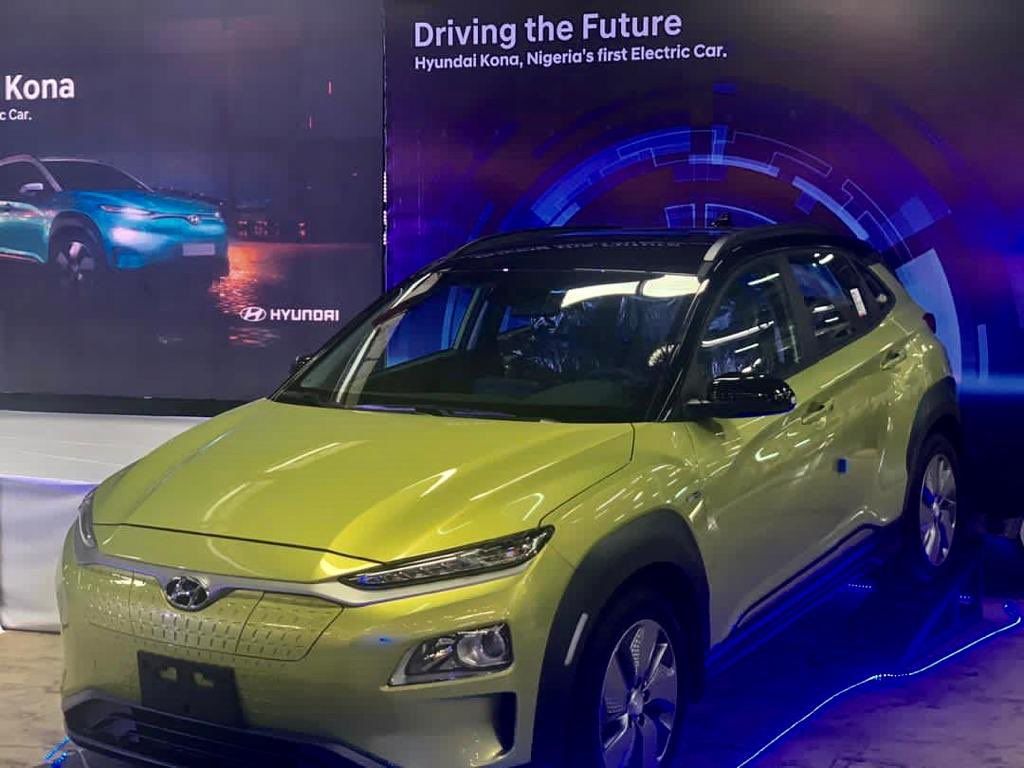 Nigeria efforts to have electric cars unveils its first EV

The Lagos State Governor, Babajide Sanwo-Olu unveiled the first Nigerian electric car named Hyundai Kona. The car is a product of Stallion Group was launched at the VON Automobiles Nigeria in Ojo, Lagos State where the car was manufactured. Hyundai is leading in manufacturing electric cars in Europe, in Nigeria the cost of Hyundai is estimated to be about 24 million Naira.

Listing the salient features of the new Kona, Head, Sales and Marketing, Hyundai Motors, Gaurav Vashisht said Kona is versatile and powerful, pointing out that it has recorded history of being the first All-Electric SUV in Nigeria. According to Vashisht, “its power packed performance will provide a thrilling driving experience with high acceleration over long distances. Driving range for Kona Electric is 482 km with an acceleration of (0-100kms) in 9.7 secs.

“The ease of charging is unmatched, one can even plug it in at home or at work and charge it for 9 hours and 35 minutes  for a full battery capacity. Hyundai Kona comes with a 5 years of battery warranty and 5 years of vehicle warranty. He added that Kona Electric will change the way people think about going electric. It would make history as first EV in Nigeria with local manufacturing.

While speaking during the unveiling of the product, Sanwo-Olu observed that VON has over 40 to 50 years of vehicle manufacturing history, when they were assembling various Volkswagen products. The Governor applauded the Stallion Group for the noble initiative, just as he promised that Lagos State Government will make provisions for electricity charging points for the vehicle across the state, to make it easy for users to enjoy their Electric Vehicles (EV).

The Governor also promised the completion of the Lagos-Badagry Expressway, which was started under the administration of former governor of the state, Babatunde Fasola, in order to facilitate business activities in the state.

Sanwo-Olu said, Lagos-Badagry Expressway which has been expanded from 2 to 10 lanes will soon be complete, we are not rushing the road; we are building a first-class road construction project.

The Managing Director, VON Automobiles, Mr. Rohtagi Manish, while explaining the essence of the launch, pointed out that Kona will change things positively in the Nigerian auto market. According to Manish, the changes in global temperature and weather patterns are seen today are caused by human activity. He said that having electric Hyundai Kona is one way to respond to the global weather challenges, so as to achieve a greener environment.

The move to have an EV is a good boost for the promoters of more environmentally friendly automobile and subsequently promote a green environment. This will also help to drive the Federal Government’s efforts to shift focus from petrol-based automobile to vehicles with a cheaper source of energy