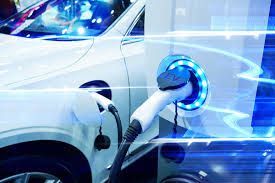 Nickel and Copper set to gain on the electric-vehicle surge.

The rise of electric vehicles is gaining pace with more and more vehicles available and a growing infrastructure to support them. Electric cars sales will boost the market for Nickel which is used to produce battery for electric vehicle.

Nickel developers and producers are working to be more environmentally sensitive for the electric vehicle industry, which experts say may not increase demand into a significant share of an already oversupplied market for up to a decade.

Environmental, social and governance issues have already cast a shadow over the Sept. 22 annual shareholder meeting of Tesla Inc., whose CEO, Elon Musk, lit up nickel markets in July when he offered a "giant" long-term contract to companies that could mine it in an "environmentally sensitive way."

Electric vehicles represent a new demand factor for Nickel which is only set to grow. They anticipate an exponential growth over the next 5-10 years from present levels of around 3%. Morgan Stanley expect a growing deficit after 'years of underinvestment' in new mine output, which should help support prices.

The need for the high-purity material used in batteries, known as class-one nickel, is likely to outstrip supply within five years, fueled mainly by rising consumption in the EV industry, according to BloombergNEF.

Demand for nickel from lithium-ion batteries is forecast to surge about 16 times to 1.8 million tons of contained metal by 2030, BNEF said in a July report. Batteries will account for more than half of demand for class one nickel by that date, shifting a market that’s currently focused on stainless steel.

Perth-based Independence last year increased nickel output from its Nova mine in Western Australia by about a quarter and is spending as much as A$75 million ($51 million) on exploration in an effort to extend the asset’s life and find new deposits.

Nickel in London has jumped more than a third in 2019 and last month touched the highest in more than a year. Future battery demand will add further pressure on prices, according to Bradford, who is awaiting delivery this month of his own Tesla Model S. Bradford said that the  dramatic price rise we’ve seen will pale into insignificance compared to the future.

Japan’s Sumitomo Metal Mining Co., said in June the nickel market faces a deficit of 51,000 tons in 2019, raising an earlier forecast. Last month, First Quantum Minerals Ltd. confirmed it’ll reopen the Ravensthorpe mine in Western Australia , shuttered since 2017,  in the first quarter of 2020 amid the strength of interest from potential nickel and cobalt customers.

Meetings with companies in the EV supply chain in China and South Korea in the past month, including battery suppliers and producers of key raw materials and chemicals, had also underscored the industry’s concerns about supply, Bradford said.

“The big question everyone will be asking in a year’s time is where does the nickel come from to satisfy the demands for nickel in stainless steel, as well as the increasing demand for nickel into electric vehicle batteries?’’ he said.

Over time Cobalt is going to be filtered out of Electric vehicles batteries over the next decade in preference to Nickel. The demand for cobalt is expected to reach 71 kt by 2025 and then to drop  down to 60kt by 2030.

Electric Vehicles are thought to account for 9.4% of copper demand by 2030 compared with the current level of 2.4%.

Tesla's new manganese rich batteries are set to drive demand for manganese too. So, over the medium to longer term there is upside pressure for copper, Nickel and Manganese.