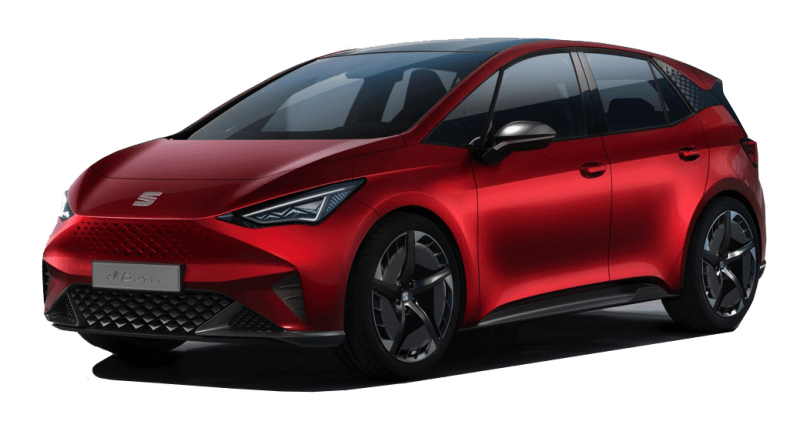 The pure-electric Cupra performance model boasts an 82 kWh battery and a range of up to 310 miles. This car is rear-wheel-drive hot hatch which comes with a usable battery capacity .The EV will be powered by a 77 kWh (82 kWh gross) battery pack that sends power through a rear-mounted electric motor of undisclosed output.

Cupra promises a range of up to 310 miles on a single charge, with rapid-charging making it capable of receiving 161 miles' worth of charge in 30 minutes. Seat el-Born concept features a 62 kWh battery for a range of 261 miles.

Cupra hasn’t revealed much about the electric car’s performance, either, but claims the el-Born will do 0-31 mph in 2.9 seconds. For context, the latest Vauxhall Corsa-e performs the same benchmark sprint in just 2.8 seconds .The car can be recharged in as little as 47 minutes using a 100 kW DC fast-charging point. Total power output is just over 200 bhp.

SEAT says the el-Born's electric drivetrain has allowed the four wheels to be pushed to the corners of the car, giving it more space than traditional internal-combustion-engined cars.Aerodynamics will have a major influence on the el-Born's looks, with the large SEAT 'S' logo flush with the body up front. There are cooling vents low down on the front of the car to channel air to the battery pack, but there’s no need for a conventional radiator. A set of 20-inch 'turbine' alloy wheels should also contribute to aerodynamic efficiency, while there's a double-layer spoiler at the back.

The new EV will be produced at the VW Group’s Zwickau plant in Germany, which is dedicated to just producing EVs, and is set to be launched in 2021. Cupra split from Seat in 2018 to become its own performance brand.Like the VW ID.3, the el-Born is based on the Volkswagen Group’s dedicated MEB electric underpinnings, with an electric motor powering the rear axle.