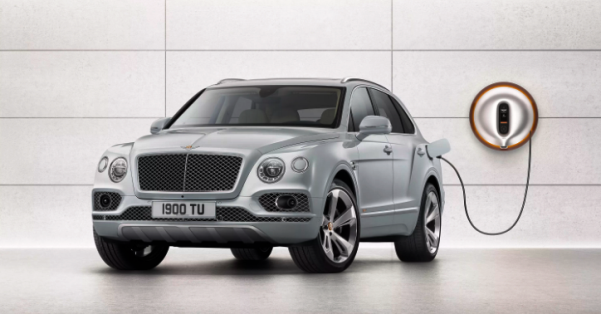 Electric cars are slowly going mainstream. Governments are providing incentives, carmakers are introducing new all electric models and the environment enthusiasts  are campaigning for these cars this means in few years the universe will go electric.

Here are some of the myths that are surrounding the EV world:-

There are countless half-truths making the rounds about the range of electric cars. You hear people saying all the time that when the temperature drops, you won't get very far in an EV. While that may have been the case with earlier electric cars in winter, it no longer applies. The e-car batteries of today are much improved, and pre-conditioning of the battery and vehicle interior via app on departure is now standard, as are intelligent heat management systems. This makes it possible to significantly optimize the overall range in everyday life intensive systems such as air conditioning and seat heaters. However, the range of an EV depends on how the driver handles the car.

It is true that when plugged into a domestic power outlet, it can take a night for an empty electric car battery to fully recharge. With wall boxes (powerful, permanently installed charging stations for the home) and fast charging technology, however, charging time can be significantly reduced .

The debate over charging also tends to overlook the fact that the majority of cars are used for the daily commute to and from work, i.e. an average distance of around 40 miles a day, which e-cars can easily manage on just one charge. The best way to do this is to fill up with electricity and, above all, to do so sufficiently while the car is stationary – at home or at work. The future is about optimized charging: whether at home overnight, at work, or in a parking garage.

Wallboxes are also becoming more common in apartment buildings and parking garages. In just a few years, there will be enough charging stations available for e-car drivers to have no fear whatsoever of getting stranded, even in less populated areas.

Raw materials are needed for the production of battery cells, and in some regions of the world people are exploited to produce them. But there are alternatives. For example, BMW has concluded contracts with raw material suppliers that guarantee sustainable and fair production.

From 2020, rare earth will also no longer be used, and the use of cobalt, which comes exclusively from DRC,Australia and Morocco. The EV companies are keen on having control over its supply chain and compliance with environment standards and safeguarding of human rights.It is also important to find a way on how to recycle the batteries and give them second life.

iv) EVs are not good for environment than ICE

How electricity is sourced plays a major role in the ecological footprint of electric cars. If it comes from renewable energies, day-to-day use has almost no impact on the environment. However, if coal is used to produce electricity, for example, the footprint is significantly larger. Another factor which influences e-cars’ environmental footprint is the laborious and CO2-intensive production of batteries. But even if conventionally produced electricity is taken into account for the calculation and the burden of production is included, e-cars still come out ahead.

Maintenance costs are considerably lower than that of a diesel or gas car. No oil changes, no checking of timing chains or timing belts – the savings really add up over time. An electric motor has fewer moving parts than a combustion engine, which means there is less wear. Thanks to regenerative braking, the only thing you really need to look out for is that the brakes don’t rust.

Each time a new technology is developed, people view it with skepticism. Is it safe? Can I trust it? Scenes of electric cars on fire and exploding after an accident belong in an action film. In real life, e-cars are not dangerous. Or, as Karin Krüger puts it, “Electric cars are just as safe as combustion-engine vehicles.” Otherwise it wouldn’t be legal to sell them or drive them on the road. A number of systems are installed to ensure their safety. In the event of an accident, for example, the battery’s current flow is immediately shut off, so that there is no risk of electric shock to either the occupants or the emergency services. Emergency workers are even trained to deal with these new technologies so they know what to do.

EVs are quieter than combustion-engine cars when driving at slow speeds. This greatly reduces noise pollution in cities. In order to ensure that pedestrians hear electric cars, they produce an artificial sound at speeds of less than 10 mph. When EVs travel at higher speeds, the noise made by the tires on the pavement is loud enough for pedestrians to hear them.

One of the most persistent myths surrounding electric cars is that current power grids aren’t capable of supplying electricity to all-electric vehicles. Since in reality, not everyone will switch to electric cars at the same time, this won’t be a problem, however. It would also provide the opportunity to gradually fix ailing electric grids. EVs store energy, which could potentially be pumped back into the grid when needed. It’s all a matter of optimizing charging times. If EVs charge slowly during the day, solar harvesting can be used and during the night the same can be done with wind harvesting. As the EV infrastructure grows, the grid can be updated to better supply the energy needs of the future with renewable sources.

viii)Electric cars are not fun to drive

Electric  cars are fun to drive. There’s nothing like taking off at a smooth and almost silent glide. It’s all so effortless. Unlike a combustion-engine vehicle, which has to reach a certain RPM to get going, electric cars achieve full torque immediately. This is because the relatively heavy batteries are usually located in the undercarriage of the car, thus ensuring a low center of gravity and allowing you to hug the road.

Aside from that, how do you define driving pleasure? Smoothly gliding through the countryside in an electric car could be very much included in that expression. Knowing that you are saving money and doing your bit for the environment also results in a whole new driving experience. And if things ever get too leisurely, just nudge the e-pedal.

ix) Lithium batteries are dangerous and can explode

Among the many kinds of lithium-ion batteries, lithium-cobalt batteries found in consumer electronics can pose a fire risk in certain circumstances. These risks can be mitigated by the use of advanced-battery management systems and careful design that prevents thermal runaway. Most plug-in vehicle makers are working with other battery types (such as lithium-iron-phosphate and lithium-manganese) which have inherent safety advantages and provide more years of service