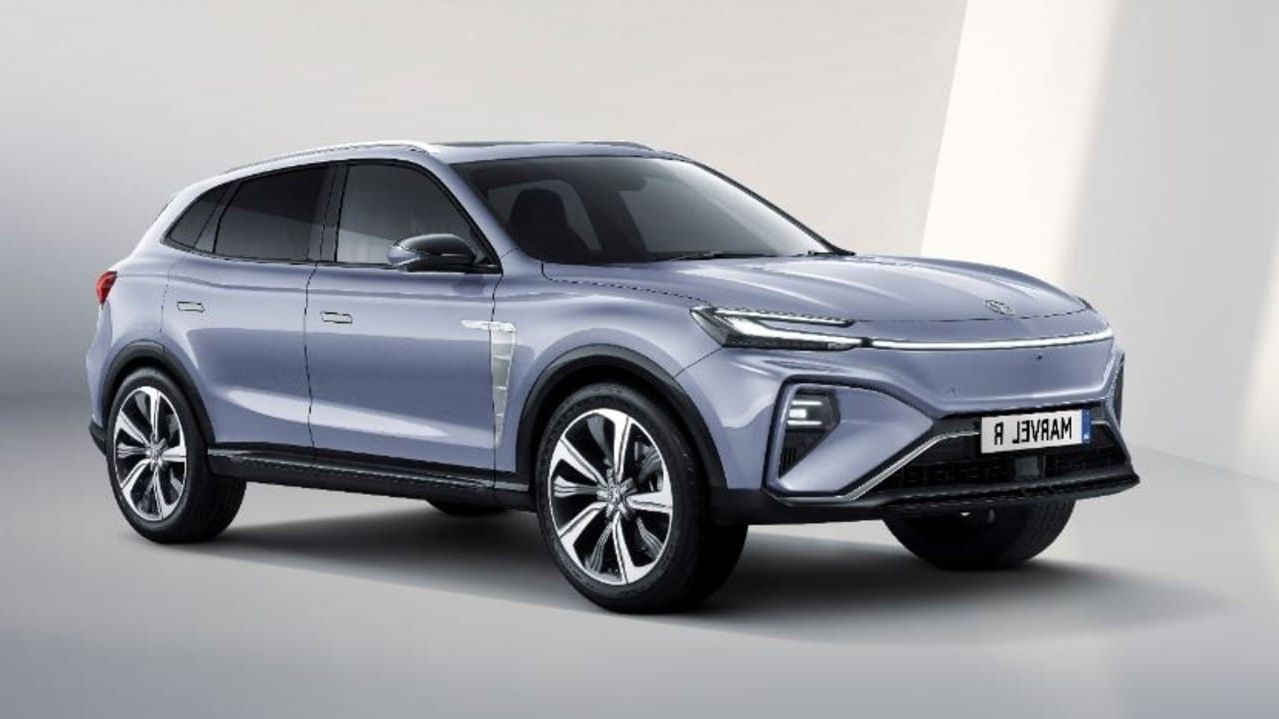 MG is an auto brand that is moving from a start-up to a well establish an auto brand. Recently it has plans to push for new cars which will be electric. Hot on the heels of launching Australia’s cheapest electric car, the MG ZS EV, the Chinese maker has debuted two new SUVs in Europe.
The first is the MG5 electric station wagon and the second is the Marvel R Electric SUV. MG’s Marvel R Electric is based on the brand’s mid-size HS SUV and boasts some impressive performance figures.

It will feature a tri-motor set-up, which includes one motor on the front axle and two at each rear wheel to give it an all-paw grip. The brand claims these will combine for 212kW and 665Nm and can sprint the SUV from 0-100km/h in just 4.9 seconds on the way to a top speed of 200km/h.
MG will also offer a more affordable rear-wheel-drive version using just two electric motors. The Marvel R Electric will be able to travel more than 400km on a single charge and can be hooked up to ultra-fast chargers to replenish 80 percent of the battery in half an hour.

There is also a vehicle-to-load function, which can use the vehicle’s battery to charge devices such as an electric scooter, laptop, or other electric cars. The EV comes with MG’s suite of safety aids, dubbed Pilot, which includes items such as auto emergency braking, lane-keep assist, rear cross-traffic alert, and radar cruise control among others.
MG is boosting the vehicle’s tech features with a massive 19.4-inch tablet-style central display, which is one of the biggest screens on the market. This is paired with a 12.3-inch digital instrument display.

The MG5 will be less performance-focused than the SUV with just one single-motor variant available at launch. It will have a range of more than 400km and its single motor will make 135kW and 280Nm. The MG5 has a big cargo area holding 578L with the seats up or 1456L with the second row folded flat.

It is unlikely the MG5 would make it Down Under shortly due to the lack of interest in station wagons locally. There is a definite chance the Marvel R Electric could find its way into local showrooms due to booming SUV sales.
An MG Motor Australia spokesman says they are excited to see the potential of the MG Marvel R and its performance would certainly excite Australian buyers. He added that they are currently no plans to introduce the Marvel R to the local MG line-up, but it’s one we’re watching with interest.
The Chinese company has made it clear it wants to make electric cars more mainstream in Australia. Last year, the company has launched the fully-electric ZS EV SUV and the plug-in hybrid HS PHEV to its local line-up and more are likely to arrive in the coming years.