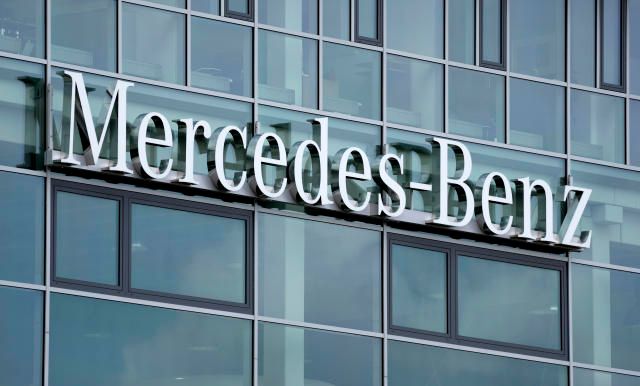 Mercedes to build its own electric vehicle charging network.

Mercedes plans to build its own worldwide electric vehicle charging network starting in North America in a bid to compete with EV sales leader Tesla.

The luxurious carmaker said during the CES gadget show in Las Vegas that it will start building the North American network this year at a total cost of just over 1 billion euros ($1.05 billion). The company said that when completed in six or seven years, the network will have 400 charging stations with more than 2,500 high-power plugs.

The company says after building the charge networks in North America company will extend its services to Europe and China. The rest of the markets will follow, with the completion of the entire network by the end of the decade, when the company intends to sell all-electric vehicles depending on market conditions. The whole network will have more than 2,000 charging stations and over 10,000 plugs worldwide, Ola Källenius, chairman of Mercedes-Benz’s management board.

The charging points will be available for all makes of electric vehicles, not just Mercedes, but Mercedes owners will be able to reserve charging ports and get preference over other makes. The move will help the company compete with Tesla, which says on its website that it has 40,000 charging ports worldwide. Tesla’s network is mostly for the exclusive use of Tesla owners, although CEO Elon Musk has said there are plans to open it to other brands. The network gives Tesla a competitive advantage over other EV brands, which have to rely on a patchwork network of privately owned charging stations.

Each Mercedes station will have four to 12 ports with up to 350 kilowatts of charging power. Mercedes will share the cost of the North American network equally with MN8 Energy, a large solar energy and battery storage operator in the U.S. EV charging network provider ChargePoint is also a partner.

Markus Schäfer, Mercedes’ chief technology officer said the network will address customer concerns about not having enough range to get to their destination and finding a working charging station. He also added that while other charging networks are being developed, they thought they had to go further and take the initiative and create their branded global Mercedes-Benz network.

Schäfer also said the charging hubs will be built in key cities and population centers, close to major roads and near retail businesses and restaurants. Some will be at participating Mercedes dealerships. He also says the stations will be in safe, well-lighted locations, not in the backyard somewhere of a shopping center next to a dumpster.

i) The Washington Post (2023) Mercedes to build its own electric vehicle charging network.