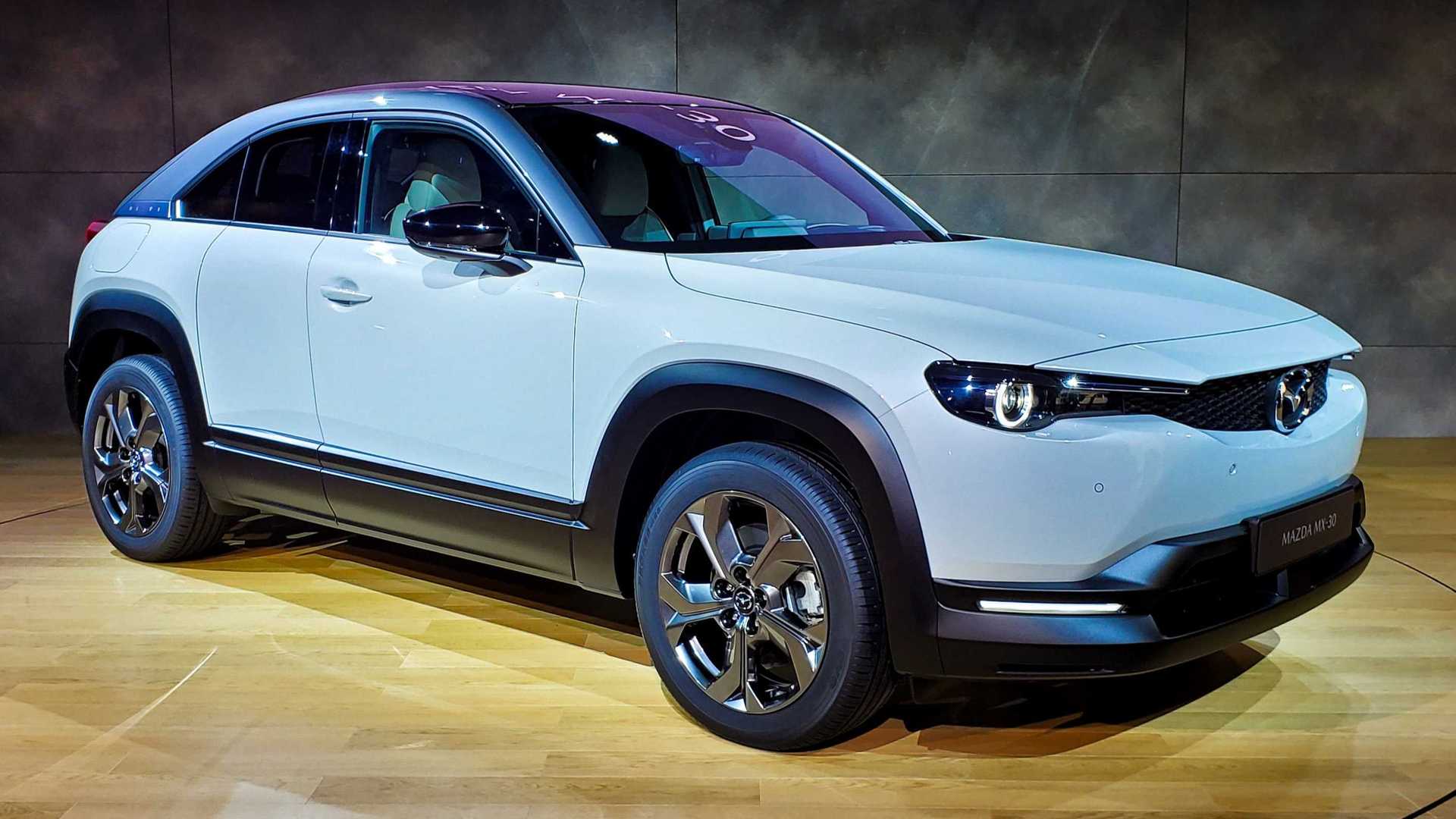 This is the Mazda MX-30, the Japanese brand’s first production electric car.It claims 130 miles which is less  compared to Hyundai Kona and Kia-e-Niro both which are capable of more than 250 mile.That puts the MX-30 in the same category as cars like the Mini electric and Honda e, as well as the  BMW i3. But Mazda reckons that most of its European customers drive an average of only 31 miles each day, and says that by using a smaller battery than those cars, the MX-30 is able to achieve fewer emissions throughout its life. It should make the MX-30 significantly cheaper to buy, too.

Power comes from an e-Skyactiv powertrain with a 35.5 kWh lithium-ion battery which powers a 141 HP electric motor and enables a driving range of approximately 200 km (124 miles) according to the WLTP test cycle.

This electric car has been designed for the customers in Europe mostly, since this is where the car will be sold first, although it will also be sold in Japan in the second half of this year. Unlike many of its rivals, it’s not built on a dedicated platform, sharing the Skyactiv-Vehicle Architecture with the similarly-sized CX-30 and Mazda3 instead.

The front doors open forward to an angle of 82 degrees, while the rear doors open backwards to an angle of 80 degrees to reveal a stylish and driver focused interior. Inside, the sense of space is enhanced with a floating centre console that sits independently from the dashboard, while the use of environmentally-friendly materials has been carefully matched to meticulous quality and finish.The lower console incorporates a seven-inch colour touch-screen air conditioning control panel, and in a nod to Mazda’s founding as the Toyo Kogyo Cork Company in 1920, the Mazda MX-30 features cork-lined centre console trays and inner side door handles.

Front-seat occupants enjoy comfortable chairs to sit on, and an elegant touchscreen interface for both the climate control and infotainment functions. It uses the Mazda Connect operating system and will pair easily with your smartphone via Apple CarPlay or Android Auto. The other piece of tech you'll instantly notice is the head-up display, which helps keep the driver's focus on the road.