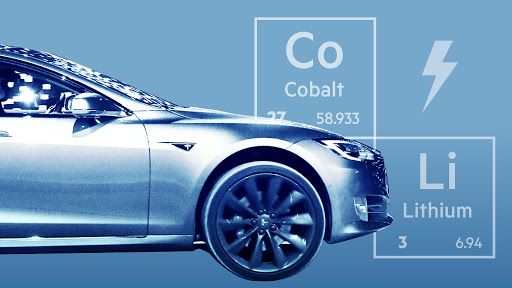 Is cobalt violating the rights of the Congolese?

Apple, Alphabet, Microsoft, Dell, and Tesla are allegedly being accused of causing harm to Congolese Children. We agree that cobalt is an important component to power EV batteries, however, the children are forced to work under harsh conditions and sometimes others die as the result of the tunnels collapsing on them.

The Democratic Republic of Congo is one of the largest sources of minerals, like cobalt and coltan, and the poor conditions of its artisanal mines, and the presence of tens of thousands of child miners, have been reported publicly. The nature of the work that involves children in artisanal mining in the DRC is hazardous, and certainly able to harm children’s health and safety.

Most of the mining is done using the hands and only the most rudimentary of tools to dig out or collect rocks containing minerals. The children involved in artisanal mining are exposed to several different health risks, because exposure to high levels of minerals, like cobalt, has both short and long-term negative health effects. Chronic exposure to dust containing cobalt can result in a potentially fatal lung disease called “hard metal lung disease”. In addition, inhalation of mineral particles can also cause “respiratory sensitization, asthma, shortness of breath, and decreased pulmonary function. Sustained skin contact with minerals may lead to contact dermatitis. Children working in these mines do not have the most basic protective equipment, such as gloves, boots, helmets, or facemasks. Children who work in mines often carry and lift heavy loads, between 20 – 40 kg, and this can be immediately injurious or can result in long-term damage such as joint and bone deformities, back injury, muscle injury, and musculoskeletal injuries.

They work for up to 12 hours a day in the mines to earn between one and two dollars a day. Even those children who go to school work 10 -12 hours during the weekend and school holidays, and in the time before and after school. Some children do not attend school work in the mines all year around. Furthermore, working in these areas exposes children to physical abuse, drug abuse, sexual exploitation, and violence. The children in the mines mostly work independently, collecting and gathering minerals, which they then sell to traders, who then sell the minerals to buying houses, but others work underground. It is quite evident that the physically demanding nature of the work that the children do, as well as the disruption to their schooling when they or their parents do not have the money to pay the fee, therefore have negative effects on children’s education.

The government of the DRC has been criticized by UN human rights monitoring bodies and NGOs for its failure to put in place an adequate labor inspection system to remove children from the worst form of child labor and to prioritize primary school enrolment.

The DRC is a State party to various international and regional treaties, which require it to protect the rights of all persons to work, for health care, education, and an adequate standard of living. Children who work put at risk their health and safety. These treaties include the International Covenant on Economic, Social and Cultural Rights, Convention on the Rights of the Child, Convention on the Elimination of All Forms of Discrimination Against Women, ILO Worst Forms of Child Labor Convention, ILO Minimum Age Convention, and the African Charter on Human and People Rights. According to these documents, children have the right to be protected from economic exploitation and performing any work that is likely to be hazardous or to interfere with the child’s education, or to be harmful to the child’s health or physical, mental, spiritual, moral or social development.

The International Labor Organization (ILO) Worst Forms of Child Labor Convention (No. 182) requires governments to take immediate and effective measures to secure the prohibition and elimination of the worst forms of child labor. Children are defined as all persons under the age of 18 and the worst forms of child labor’ comprises amongst others, “work which, by its nature or the circumstances in which it is carried out, is likely to harm the health, safety or morals of children”. ILO Recommendation 190 gives guidance to States Parties on determining the types of work that may harm the health, safety, or morals of children. It recommends that consideration should be given to work that exposes children to physical, psychological, or sexual abuse, work underground, underwater, at dangerous heights or in confined spaces, work with dangerous machinery, equipment, and tools, or which involves the manual handling or transport of heavy loads, work in an unhealthy environment which may, for example, expose children to hazardous substances, agents or processes, or temperature, noise levels, or vibrations damaging to their health, work under particularly difficult conditions, such as work for long hours or during the night or work where the child is unreasonably confined to the premises of the employer.

According to the ILO, mining and quarrying are forms of work dangerous to children in every way. They are physically dangerous because of the heavy and awkward loads, the strenuous work, the unstable underground structures, the heavy tools and equipment, the toxic bags of dust and chemicals, and the exposure to extremes of heat and cold. The ILO noted that evidence from various surveys and research studies demonstrates that mining is by far the most hazardous sector for children concerning fatal injuries. There are various health and other baseline studies on health problems associated with mining and exposure to chemicals measuring the levels of 17 different metals and non-metals in children below the age of 14 years working in or living at the mine. Analysis of urine samples can demonstrate far higher levels of toxic metals in children miners in comparison with adults despite their lower exposure. The cobalt, which has the potential to damage the heart, thyroid, and lungs, and can exacerbate occupational asthma, can be found in more than 80 percent of children living close to a mining site.

According to some Amnesty International and Afrewatch reports, not only are State officials in DRC aware of the children involved in mining activities in unauthorized locations, but they also financially benefit from them, because they extort illegal payments from children artisanal miners, while turning a blind eye to the prohibition on child labor in mines that breaches the law, because child labor in the mine is illegal in the DRC. More precisely, the DRC Mining Code (2002) bans anyone under 18 from engaging in artisanal mining, and the Labour Code (2002) outlaws “the worst forms of child labor”. However, the DRC government is failing to adequately enforce these laws in artisanal mines. Furthermore, the DRC is amongst the countries with the highest number of children who are out of school, estimated by UNESCO to be above 2 million.

However, the responsibilities for this phenomenon do not concern only the State. The UN Guiding Principles on Business and Human Rights (UNGPs) set out the responsibility of companies to respect international human rights in their global operations, including their supply chain. This requires, amongst other things, that companies carry out human rights due diligence to identify, prevent, mitigate and account for how they address their impacts on human rights. It has been shown that companies, along the mineral supply chain, are failing to conduct adequate human rights due diligence, furthermore, some of them are expected to know how the mineral that they buy is extracted, handled, transported, and traded, and that certain minerals are contributing to the funding of armed groups or fueling human rights abuses. Licenses mineral buying houses are required to buy mineral ore from licensed artisanal miners but are not obliged by law to ask other questions such as the exact location of where the mineral was mined nor about the conditions of extraction, such as whether children were involved.

Therefore, in line with current international standards, it is expected that all companies that purchase Cobalt, or components that contain it, must conduct supply chain due diligence. In line with the Due Diligence Guidance for Responsible Supply Chains of Minerals from Conflict-Affected and High-Risk Areas (OECD Guidance), practical guidance was provided by the Organization for Economic Co-operation and Development (OECD) and accepted from 34 OECD member States in 2010. Even China has recognized the guidance as an international standard for conducting responsible mineral supply chain due diligence. The OECD Guidance defines due diligence as an ongoing, proactive, and reactive process through which companies can ensure that they respect human rights and do not contribute to conflict. The purpose of the OECD Guidance is to ensure that companies are not profiting from, or contributing to, serious human rights abuses in the mines that they source from, or anywhere else along their supply chains. The OECD Guidance also aims to ensure that companies are transparent about what they are doing to identify and address human rights issues.

Companies must be able to demonstrate that they source their minerals responsibly. The UN Committee on Economic, Social, and Cultural Rights has clarified that States must prevent third parties, such as companies, from violating human rights abroad, if they can influence these third parties by legal or political means. These States are typically the States in whose territory multinational companies are domiciled or headquartered. States’ extraterritorial obligations require that they take measures to prevent companies incorporated or headquartered in their jurisdiction from causing or contributing to human rights abuses in other countries. Under international human rights law, States must protect from human rights abuses by all actors, including businesses. It requires all governments to enact and enforce laws requiring corporate due diligence and public disclosure concerning minerals, whereas companies have to undertake and publicly disclose their due diligence practices.

Countries have a responsibility to undertake remedial actions if human rights abuses have occurred at any point in an existing supply chain. The company must, in cooperation with other relevant actors, remediate the harm suffered by people whose human rights have been violated. Unfortunately, these obligations are respected yet neither by the State nor by companies, that is why 14 families of baby-miners death or injured in DRC have, for the first time in December 2019, denounced some of the biggest companies in the world.

Half of the cobalt mined comes from DRC, mainly from the province of Katanga. The mining takes place close to towns and villages. Local communities regularly are cut off from their farmland and water sources near mines, without having hand a say in the matter. There are several examples of forced relocations of entire villages. Inhabitants of the village Kishiba for example were forced to move to make way for Frontier, a cobalt and copper mine. Their new homes in Kimfumpa lack the most basic of services such as clean water, fertile farmland, schools, and health care.

Cities such as Lubumbashi and Likasi face serious air pollution because of the thousands of trucks that travel to and from the mines throughout the day. Chronic exposure to such clouds of dust can lead to severe lung diseases. Water is unfit for human consumption and agriculture because soil and water near the mines are polluted by discharges of wastewater.

Nobody protects the Congolese people

Congolese mining legislation requires mining companies to initiate and maintain a constructive dialogue with communities affected by their projects, but this is rarely done. The Congolese government fails to give its citizens sufficient protection against the abusive practices of large companies.

Around 40 percent of the world’s cobalt is used for rechargeable batteries. The electronics industry is a major user of such batteries, making electronics companies partly responsible for the problems that evolve from the extraction of cobalt.