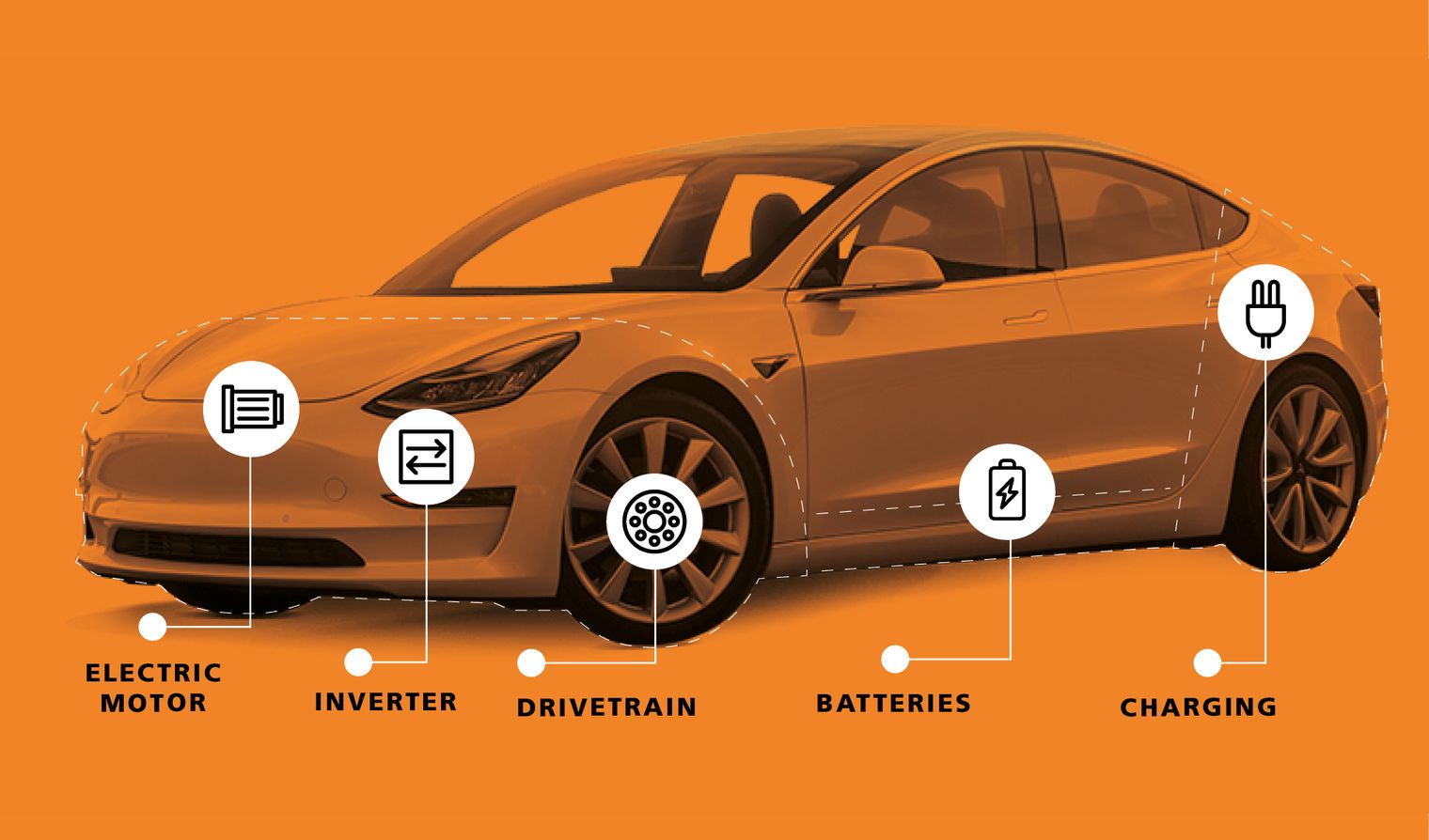 Inside an Electric car and how it works

Electric powered cars are becoming popular in the present time because of the ever-increasing fuel problems as well as the environmental crisis. In fact, there are about 250,000 electric hybrid vehicles being sold every year since 2007. With this, electric charging stations are now found in most countries.

Electric cars are known to be very efficient and they consume less energy making them environmentally friendly automobiles. But have you ever wondered what the components of an electric powered car’s engine are, and how they work?

Electric cars function by plugging into a charge point and taking electricity from the grid. They store the electricity in rechargeable batteries that power an electric motor, which turns the wheels. Electric cars accelerate faster than vehicles with traditional fuel engines – so they feel lighter to drive

The heart of an electric car is the combination of:

The motor controller of an electric car administers its complete operation and the distribution of its power at any given moment. It acts as a floodgate between the motor and batteries. It helps monitor and regulates all key performance indications such as the vehicle’s operator, motor, battery, and accelerator pedal. It has a microprocessor which can limit or redirect current. It is used to either improve the mechanical performance of the car or suit the operator’s driving style. There are also more refined controllers which are capable of greater accuracy and thus, higher efficiency.

Unlike a gasoline engine with lots of moving parts, an electric engine or motor only has one moving part. This makes it a very reliable source of motive power. Choosing an electric engine depends on your car’s system voltage. They can be structured to use either AC or DC current. AC motors are less expensive and lighter compared to DC engines. They are also more common and they tend to suffer from less mechanical wear and tear. However, AC technology requires a more refined or sophisticated motor controller.

Here is an in depth of how the major components of electric car functions:

The controller takes in 300 volts DC from the battery pack. It converts it into a maximum of 240 volts AC, three-phase, to send to the motor. It does this using very large transistors that rapidly turn the batteries' voltage on and off to create a sine wave.

The controller's job in a DC electric car is easy to understand. Let's assume that the battery pack contains 12 12-volt batteries, wired in series to create 144 volts. The controller takes in 144 volts DC, and delivers it to the motor in a controlled way.

Most DC controllers used in electric cars come from the electric forklift industry. The Hughes AC controller seen in the photo above is the same sort of AC controller used in the GM/Saturn EV-1 electric vehicle. It can deliver a maximum of 50,000 watts to the motor.

Heavy cables (on the left) connect the battery pack to the controller. In the middle is a very large on/off switch. The bundle of small wires on the right carries signals from thermometers located between the batteries, as well as power for fans that keep the batteries cool and ventilated.

The heavy wires entering and leaving the controller. An AC controller hooks to an AC motor. Using six sets of power transistors, the controller takes in 300 volts DC and produces 240 volts AC, 3-phase. See How the Power Grid Works for a discussion of 3-phase power. The controller additionally provides a charging system for the batteries, and a DC-to-DC converter to recharge the 12-volt accessory battery.

Source: How stuff works, Did you know cars