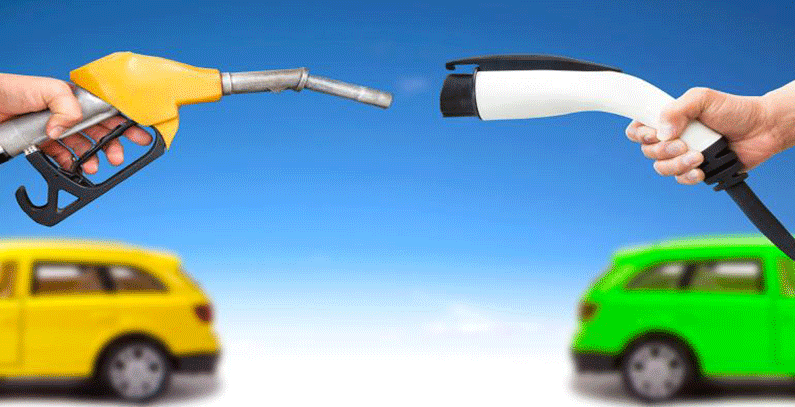 Impact of Electric cars on climate

The world has plans to adopt electric cars in several countries, this is a move to reduce  greenhouse gas emissions that emanate from petroleum-driven vehicles. Countries such as UK want to go fully electric by 2035-2040, however, this will be largely depended on the battery development. Currently there are few challenges that are facing batteries that poor EV such as scarcity of cobalt.  If new batteries can be produced that have significantly more energy density and at lower costs, the future of electric vehicles is bright. New EVs, such as the Chevy Bolt and Tesla Model 3, which are scheduled for market introduction over the next couple of years, provide some cause for optimism, but the road ahead is still uncertain.

Are electric cars fully the option for climate? the environment enthusiasts keep asking this. Yes, it is because a fully electric vehicle eliminates tailpipes emissions, people often wonder about the global warming emissions from generating the electricity to charge an EV.

According to the report of Union of concerned scientist data of 2018 that was based on the number of EVs sold in that year it is safer to say driving the average EV produces global warming pollution equal to a gasoline vehicle that gets 88 miles per gallon (mpg) fuel economy. That’s significantly better than the most efficient gasoline car (58 mpg) and far cleaner than the average new gasoline car (31 mpg) or truck (21 mpg) sold in the US. And the estimate for EV emissions is almost 10 percent lower than our previous estimate two years ago. Now 94 percent of people in the US live where driving an EV produces less emissions than using a 50 mpg gasoline car.

When in the manufacturing stage you have to vehicle components and vehicle assembly. A recent study of car emissions in China estimates emissions for cars with internal combustion engines in this phase to be about 10.5 tonnes of carbon dioxide (tCO₂) per car, compared to emissions for an electric car of about 13 tonnes that includes the electric car battery manufacturing.

Emissions from the manufacturing of a lithium-nickel-manganese-cobalt-oxide battery alone were estimated to be 3.2 tonnes. If the vehicle life is assumed to be 150,000 kilometres, emissions from the manufacturing phase of an electric car are higher than for fossil-fueled cars. But for complete life cycle emissions, the study shows that EV emissions are 18% lower than fossil-fueled cars.

The major benefit of electric cars is the contribution that they can make towards improving air quality in towns and cities. With no tailpipe, pure electric cars produce no carbon dioxide emissions when driving. This reduces air pollution considerably. Electric cars give us cleaner streets making our towns and cities a better place to be for pedestrians and cyclists. Over a year, just one electric car on the roads can save an average 1.5 million grams of CO2.

According to the Mayor of London, road transport accounts for around half of the capital's air pollution. It’s no wonder that the UK government and local councils want to accelerate the number of electric cars on the roads. The UK government has set a target that the sale of petrol and diesel cars will be banned by 2040.

Electric cars can also help with noise pollution, especially in cities where speeds are generally low. As the cars are far quieter than conventional vehicles, driving electric creates a more peaceful environment for us all.

However, the process of making an electric car pollutes the environment due the a lot of energy that is needed to produce an EV.  The emissions created during the production of an electric car tend to be higher than a conventional car. This is due to the manufacture of lithium ion batteries which are an essential part of an electric car. More than a third of the lifetime CO2 emissions from an electric car come from the energy used to make the car itself. As technology advances, this is changing for the better. With more efficient manufacturing techniques, the amount of emissions created during the production of batteries will improve.