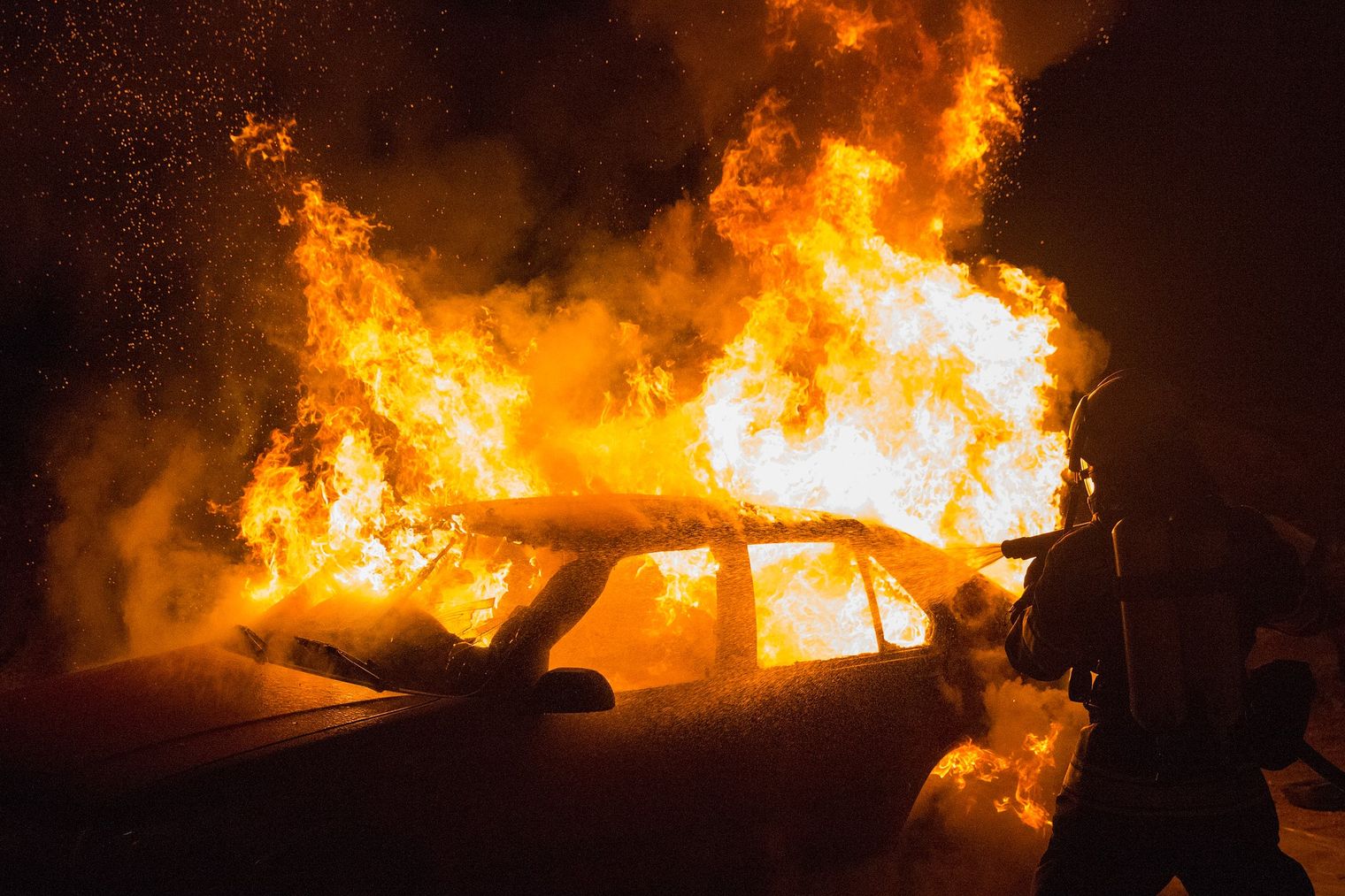 How well are you prepared in case of electric car fires?

While electric vehicles are generally safer than petrol or diesel cars, when the lithium-ion batteries which power the vehicles are damaged, they can short-circuit, triggering a chain reaction called thermal runaway burning at 1000 degrees Celsius.

There has been several accusations of electric cars catching fires and Tesla is on the lead, Tesla Model S caught fire in 2013. Or that the The National Transportation Safety Board (NTSB) was investigating Tesla fires in 2019. Or when a Porsche Taycan went up in flames earlier this year.

When EVs catch fire they hit headlines because the petrol and gasoline companies are somehow resistant to adopting the electric cars. Nonetheless, electric vehicles are still a shiny new thing to many people, and when something goes wrong with them those in EV enthusiast notice. Automakers build safety systems into their battery packs, including rapid discharging in the event of a crash, but fires still happen, just as they can with gasoline-powered vehicles.

Major risk of EVs is from its batteries. Battery technology is improving all the time, with safety systems being added as fast as legislation is brought in to cover the new technologies, and vice versa. Charging controls and battery management systems are becoming more intelligent, the use of better fire calming chemicals within the battery compartments, including external intumescent barriers designed to resist thermal runaway and isolate the batteries from each other. Battery cooling systems have been installed to attempt to limit the chances of spontaneous ignition of the batteries, which in some cases can occur as low as 66.5°c. Vehicle compartments are required to protect passengers from toxic corrosive fumes from the batteries which are vented into the atmosphere.

Research is ongoing to find less flammable and toxic electrolytes, better anodes and cathode materials, improved battery venting systems and more efficient chemical screen barriers within the batteries which allow more efficient movement of the charged ions back and forth through the charging and discharging cycles, whist having a higher flash point temperature. Battery components are being designed to hold larger charges, yet the designs need to accommodate expansion of the battery. These advances clearly are reducing the risk of thermal runaway in batteries, and other advances in charging technology and car design are further reducing the risk of fire; but no technology will ever be perfect, and we have much to learn about the risks, which as yet are not fully understood or quantified. EV manufacturers promote their cars saying there are thousands of moving parts in ICE vehicles but only hundreds in EV; this is only true if you do not count the thousands of batteries that expand and contract with every charge cycle.

Firefighters are learning it takes nearly 10 times more water to put out an electric vehicle battery fire compared with a petrol or diesel car. Fire and Emergency is gearing up for the influx of electric vehicles, or EVs, expected to reach our shores in the coming years when the Clean Car Subsidy takes effect from 2021.

"Once a fire in an electric vehicle has been put out, there can be a risk of reignition for up to five days," said FENZ's national manager of response capability, Paul Turner. Mr Turner said they were working rolling out training to cover tactics when responding to electric vehicle fires and accidents.

He added that recent visit by two of our senior operational personnel to the USA to discuss experiences and receive further training with Tesla and the Fremont Fire Department will inform this training. The training programme is expected to be finalized early next year.

"As such, only vehicles from certain jurisdictions and ones that meet their local jurisdictions' safety standards are permitted for import "In terms of responding to possible EV fires, Fire and Emergency NZ have an agreed tactical response procedure for accidents involving EVs - including how battery fires are handled following an accident."

There have been a handful of crash-related fatal fires involving electric cars around the world, leading to safety investigations in China, Canada and the United States. Despite concerns, Tesla's founder Elon Musk tweeted the "reality is a Tesla, like most electric cars, is over 500% less likely to catch fire than combustion engine cars, which carry massive amounts of highly flammable fuel. Why is this never mentioned?"

What happens with a lithium ion battery fire is typically a short circuit within one or more of the battery's cells, which generates heat. The heat can then ignite the chemicals within the battery. That can cause problems in the adjoining cells and lead to the condition known as "thermal runaway" in which the fire spreads and builds

With an electric car fire, you need water. That might sound obvious, but in many case, modern fire departments use foam or dry chemicals that are better than old-fashioned H20 at suppressing fire. While dry chemicals are great at putting down ordinary electrical fires, they may ineffective with a fire stemming from a car's Lithium-ion battery.

Water is the best approach to a Lithium-ion fire. But that doesn't mean you should imitate a sprinkler and attempt to dose the whole fire by moving back and forth. If you want to keep a direct and focused stream on the battery until it relents. Also, don't touch the high voltage components or open up the battery. They're the most likely part of the battery to absorb heat. Water can be used to cool the battery housing in order to further slow down the combustion process on the inside. Second, it can also be sprayed directly into the battery housing, if possible, to extinguish the fire there.

What happens with a lithium ion battery fire is typically a short circuit within one or more of the battery's cells, which generates heat. The heat can then ignite the chemicals within the battery. That can cause problems in the adjoining cells and lead to the condition known as "thermal runaway" in which the fire spreads and builds.