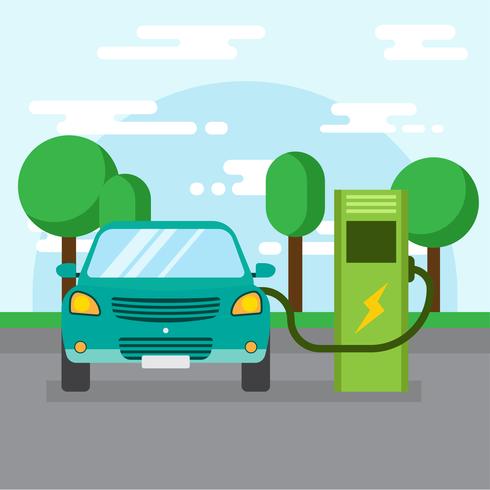 How does electric car production affect the environment?

Reusing and recycling batteries is also a growing market. Research into the use of second-hand batteries is looking at ways to reuse batteries in new technologies such as electricity storage. One day we could all have batteries in our homes being used to store our own energy. Opportunities like this will reduce the lifetime environmental impact of battery manufacture.

Even after taking battery manufacture into account, electric cars are still a greener option. This is due to the reduction in emissions created over the car’s lifetime.

When an electric vehicles is running on electricity, it emits no tailpipe (also known as direct) emissions. When evaluated on that factor alone, EVs are a lot more eco-friendly than conventional gasoline-powered vehicles on the market today.

However, when evaluating the eco-friendliness of an electric vehicle, you also need to take the “well-to-wheel" emissions into account. This is an overarching term that includes greenhouse gas and air pollutants that are emitted to produce and distribute the energy being used to power the car. Electricity production results in a varying amount of emissions depending on the resource. While “being green” in the act of driving your electric vehicle is a start, if your primary goal in purchasing an electric vehicle is to reduce your greenhouse gas and pollutants emissions, you should also prioritize using zero-emissions electricity wherever possible.

When taking well-to-wheel emissions into account, all-electric vehicles emit an average of around 4,450 pounds of CO2 equivalent each year. By comparison, conventional gasoline cars will emit over twice as much annually. The amount of well-to-wheel emissions your EV is responsible for is largely dependent on your geographic area and the energy sources most commonly used for electricity. For example, if you live in California, your electricity likely comes from natural gas. This doesn’t hold true if your electric vehicle is being used and charged in New Hampshire, as the state sources most of it's electricity from nuclear power plants.

Natural gas provides the majority of electricity in the United States, followed closely by coal. It is often considered to be the “cleanest” fossil fuel, because it emits 50 to 60 percent less carbon dioxide than coal. Coal is responsible for around 65 percent of carbon dioxide emissions by the electric power sector in the U.S. That being said, even if your electricity is primarily from a coal plant, driving an EV will likely still overall have lower or similar well-to-wheel emissions when compared to a conventional car. In most places in the United States today, the mix of resources used to generate your electricity mean that driving an electric vehicle will produce lower well-to-wheel emissions than a traditional car.

How much CO2 do electric vehicles produce?

According to research done by the Swedish Environment Institute, the moment an electric car is manufactured up to 17.5 tons of carbon dioxide is emitted by the making of the average electric car battery. That measurement is even larger with the production of some of the larger batteries.

To put that into perspective, a conventional internal combustion engine can produce around 45 metric tons of CO2 in a lifecycle of 160,000 miles.