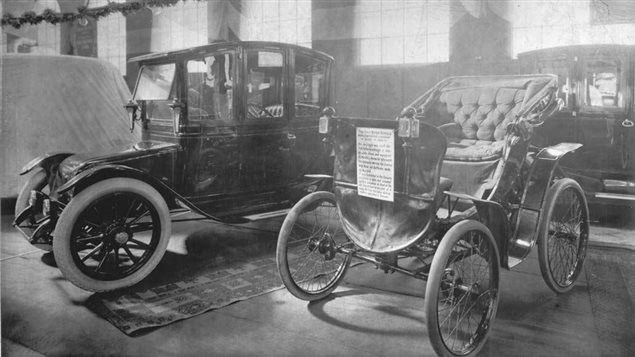 Electric vehicles might be the future of transportation, but they’ve also been around for a very long time. In fact, Canada’s first electric car was built all the way back in 1893.

In Toronto, a patent attorney named Frederick Fetherstonhaugh took note of the era’s technological progress and desired an electric vehicle of his own. He teamed up with William Still, a local engineer and one of his patent clients, to get the job done.

Once Still had designed an electric motor and a lightweight lead-coil battery, he and Fetherstonhaugh enlisted the services of Toronto carriage maker John Dixon to build the vehicle that would carry this powertrain. The car was finished in 1893.

The people of Toronto warn that contemporary descriptions of the car’s specs and design vary somewhat. A few pictures from the late 1890s and early 1900s have survived. These pictures show a two-seater vehicle with wire-spoke wheels, front lamps, and what appears to be a folding top. An iron bar with a handle helped control the steering and the throttle.

Fetherstonhaugh’s vehicle likely weighed around 700 pounds. Period sources claim that the motor generated about 4 horsepower and could travel at up to 15 mph. The battery allowed for one to five hours of driving time and could be charged via the city’s electric streetcar grid.

After finishing his work on Fetherstonhaugh’s car, Still went on to take part in a series of other electric vehicle ventures in the decade that followed. As for Fetherstonhaugh, he spent the next 15 years commuting in his vehicle.

Fetherstonhaugh died in 1945. Historians don’t know what happened to his groundbreaking car, but its legacy as an example of early Canadian automotive innovation lives on.