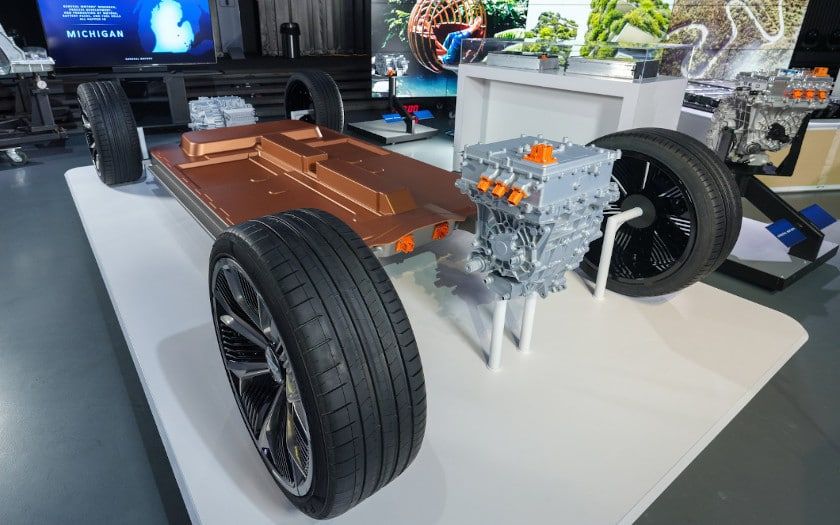 Could a lower cost and more innovative long-range battery finally begin to close Tesla’s huge industry lead? The answer might be just 400 miles away. GM is building towards an all-electric future because they believe climate change is real. The range between Tesla and GM EVs small, with Tesla’s current being 390 miles while the GM has 400 miles.

The battery cell, called Ultium in GM’s documentation, is a flexible, soft, flat form factor that can be lined up or stacked. Soft batteries aren’t new, but GM says previous ones have needed to be lined up only. Stackability gives even more flexibility to carmakers who must fit a lot of cells, as elegantly as possible, into an irregular-shaped space.

GM’s design uses cobalt, which is cost-prohibitive and difficult to mine. But the GM’s publicity team insists this is a tiny amount and that the overall manufacturing cost is still low and continuing to fall. GM has to release more and more new electric models of existing vehicles, more designs for new vehicles, and investing billions of dollars to convert the iconic Detroit Hamtramck factory into one that only makes electric vehicles. The batteries “soft pack” is a little misleading, because they’re fairly rigid — they just have a polymer shell instead of a metal one.

The soft-pack batteries more flexible under strain, like when a metal casing might split under pressure. Soft batteries weigh as much as 40 percent less than equivalent metal batteries. The soft pack exterior is less conductive, meaning the battery holds less self-damaging heat. And manufacturers can have these batteries made in different sizes and form factors according to different needs. They’ve just been limited before now by a relatively high cost compared with traditional batteries.

GM plans to license its new battery technology to other automakers. Right now, Tesla is the metal-battery gorilla in electric vehicle sales, accounting for as much as 90 percent of sales. The lukewarm sales of the Chevy Volt and other all-electric vehicles have paled in comparison.