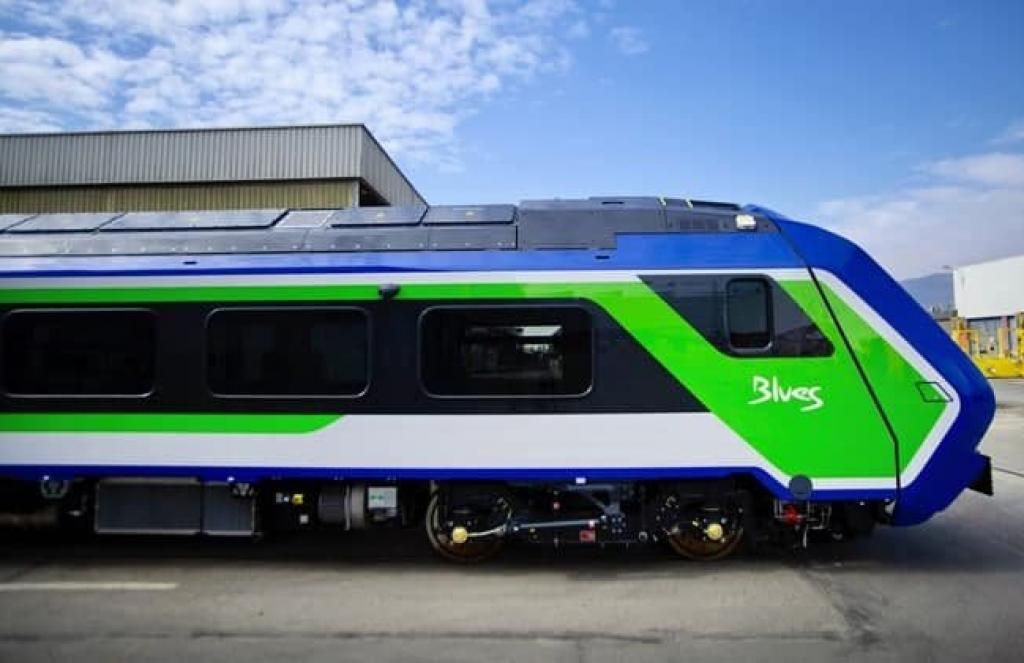 The first hybrid battery train makes its way to Europe.

Battery electric power is already being rolled out in cars and trucks and now, it’s picking up speed in powering trains, replacing the century-old diesel-fueled generators that are more harmful to the environment.

Hitachi Rail and Italy’s train operator Trenitalia unveiled its hybrid train, the “Blues Train” at the InnoTrans transport fair in Berlin. The train will be the first set in a new hybrid fleet in passenger service in Europe once it is up and running this year.

The Blues train will make its debut in Sicily and Sardinia by the end of this year and will also provide services in Tuscany, Lazio, Calabria, and Friuli Venezia-Giulia starting in 2023.

It is the first train to have a so-called “tri-mode” and Hitachi says it can cut emissions by more than 50 percent. “Tri-mode” means the train can switch between the battery, electric, or diesel and can function on electrified and non-electrified lines so that it can still operate in areas that may not have the right infrastructure yet for electric trains.

This is important as currently only 54 percent of European rail networks are electrified and adding overhead electric wires is expensive. The train can carry up to 300 passengers and reach a top speed of 160 km/h. It is expected to be ready for passenger use in Italy at the end of this year and may come to other parts of Europe later.

Andrew Barr, Group CEO of Hitachi Rail said the main benefit of the technology of this train is that in places where there is no electric network, you can still get to hard-pressed areas.

The Blues Train works by drawing power from overhead lines on electrified routes. But when it is on non-electrified lines, it uses a combination of battery and diesel and when it is near a station the batteries then power the train, eliminating emissions and also noise.

Another plus is that the battery can recharge when the train is in operation, both in diesel and electric mode. Barr said he really sees this training model as a “first step” until rail networks across Europe become fully electric.

“The Blues train, with its pioneering battery hybrid technology, is a hugely important way for railways across Europe to reduce their carbon emissions while improving passengers’ journeys,” he said.

The Hitachi train is not the first to use battery power. In January, French manufacturer Alstom and German rail company Deutsche Bahn said it was starting a trial run with a battery-powered passenger train.

Meanwhile, Alstom also designed the world’s first 100 percent hydrogen passenger train which was rolled out in Germany in September. The European Union has set itself the ambition of becoming climate neutral by 2050 and transport plays a crucial role in the plans.

According to the European Commission, transport amounts to about 25 percent of the EU’s greenhouse gas emissions, and is responsible for emitting more pollutants than any other sector except energy production.

However, trains are the greenest mode of transport and are responsible for less than 0.4 percent of transport-related greenhouse gas emissions.