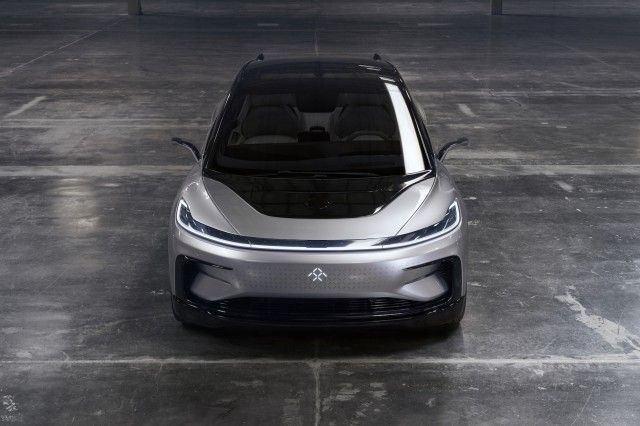 Faraday Future which is a Tesla competitor from the Chinese investors unveiled an all electric self driving super car called the FF91. The car is powered by a 130 kWh battery that is coupled to a drive train that delivers a 1,050 horsepower. It also has the ability to leap off the starting line thanks to the power of the battery. The FF91 also claims more than 378 miles of range while it can be topped up on any charging standard with wireless charging promised in the future.

The FF91 also has a glass roof that gives a light and airy interior but both that the rear and side windows all feature PDLC (Polymer Dispersed Liquid Crystal) glass. This means by tapping the glass one can be provided with instant privacy and shade.That’s just one of the clever pieces of kit loaded onto the groundbreaking FF91. On the bonnet is one of the model’s key features a retractable 3D LIDAR detector disc that operates many of the autonomous functions alongside 10 HD cameras, 13 long and short range radars and 12 ultrasonic sensors that powers the self driving tech.The FF91 boasts a blistering 0- 60 time of 2.39 seconds. It has automatic parking feature is so advanced that after a day of drag racing, you can leave the car at the entrance to a parking lot and it will very slowly roam the aisles looking for an available stall all by itself.

While performance figures match that of a super car, the wheelbase is in line with a luxury saloon. With a wheelbase of 3,200 mm, it’s longer than a Mercedes S-Class and Bentley Flying Spur meaning rear passengers can recline seats to 60 degrees. The FF91 sits on 22-inch wheels and also features thin LED light bars at the front and rear. Despite its size, design and instant acceleration, on the road it has driving dynamics of a midsize car with four wheel steering and a ride height that actively adjusts depending on speed.

The infotainment system has displays that fold down from the ceiling, offering the ability to finish the TV show you were binge watching on your living room television on the way to the office. The FF91 knows all your needs hence and preferences this is courtesy of the online profile with this you will be able to set up three more of them for your family as well with each responding to a different seat in the car.

The standard rear view mirror has been replaced by a HD display that merge live feed from the side mirrors into a single image that help eliminate blind spots.Facial recognition is also included to unlock the car meaning there’s no key for the FF91 and touch buttons replace door handles. There is also global FFID which forms the basis of its connected eco system where each driver will have unique ID that stores data about their driving preferences like the seating position.

All this connectivity will be aided by high-speed wireless internet on board and the seamless integration will allow you to plan a route on your laptop, transfer this straight to the vehicle while making alterations on your smartphone.