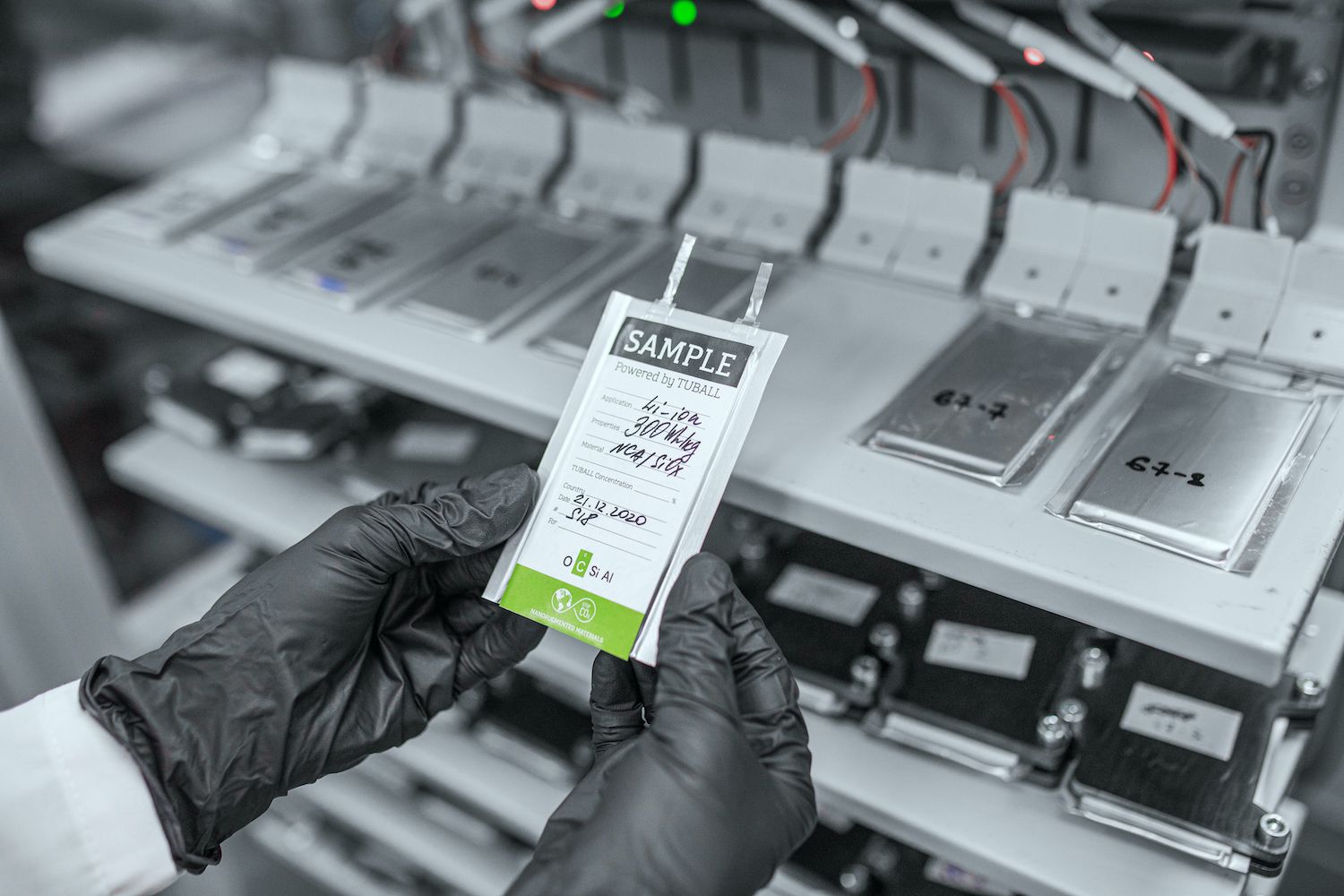 Electric vehicle manufacturers are searching for a significant increase in energy density, an improvement in fast-charging capabilities, and a reduced cost for lithium-ion batteries. Graphene nanotubes could be the solution that's why  Chinese manufacturers are ramping up their production.

Nanotubes create long, flexible, conductive, strong bridges to keep silicon anode particles well connected to each other even during severe volume expansion and cracking, which previously limited market use of silicon anodes. This leads to long-lasting, fast-charging batteries for electric vehicles.

A graphene nanotube dispersion enables increased battery energy. The material is added into anode and cathode formulations making it possible to reach the industry target of 300 Wh/kg energy density and even go beyond this. In the anode, nanotubes unlock industrial-scale use of silicon, which has over nine times the energy density of traditionally used graphite.

Currently one of the major limitations of battery power, energy, and lifecycle is the design and material used for the electrode. Based on inefficient powders, existing electrodes have low electrical, thermal, and ionic conductivity, along with poor mechanical behavior when discharged and recharged, and can also suffer from early delamination and degradation leading to safety and lifecycle issues.

To meet the market’s needs, the licensed manufacturers of graphene nanotube dispersion in China have announced that they are ramping up production capacities. Shenyang East Chemical Science-Tech (East Chem) and Shanghai Haiyi Scientific Trading (Haiyi) both plan to increase the output of nanotube dispersion in the next two years. According to the manufacturers, the combined capacity of their facilities will reach 40,000 tonnes in 2023–2024.

Liu Zhijun, general manager of Haiyi says single wall carbon nanotubes (graphene nanotubes) are a technologically revolutionary material. Haiyi will concentrate on all kinds of resources to promote the application of nanotubes in various fields.

East Chem and Haiyi, which are among the leading chemical manufacturers in China, launched local productions of graphene nanotube dispersion for batteries in 2019 to develop a sustainable and reliable supply chain of nanotube solutions for batteries for the Chinese market, which dominates globally in lithium-ion technology.

The automotive industry currently is consuming 75% of the global lithium battery production, with the prospect of further demand growth, therefore, this new technology will help achieve the market demand.