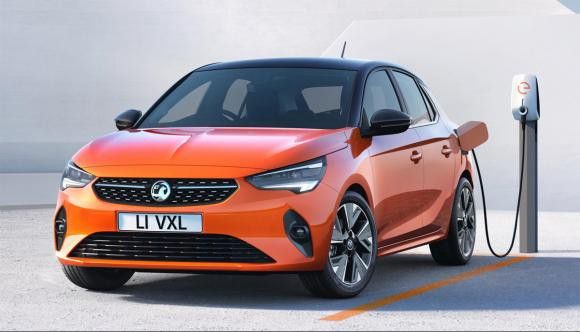 Vauxhall’s new Corsa-e will likely make those who are impatient and open to the idea of owning an EV but do not have time to wait for the car to be fully charged love EVs even more, Why? Because It’s going to arrive in April next year (2020) with the capacity for fast DC 100kW charging to replenish the 50kW battery. The feature isn’t an extra, either, and it could pull in a lot of people who would otherwise pass on the chore of having to charge a battery over popping into a filling station for fuel.

A five-minute pitstop or, potentially, many minutes as you wait for those battery bars to replenish is perhaps why so many of us have decided to hang fire on moving over to an electric vehicle. This is still the most frustrating aspect of electric car ownership, and it’s mainly about the infrastructure.

Having a car that can be recharged promptly is, therefore, a definite bonus. And, with its perky recharging potential, that could mean the Corsa-e could really hit the right note, assuming you can find a vacant 100kW charging station that is.

In real terms, that means you’ll be able to get another 160 miles or so in around half an hour, which is admittedly very handy. Vauxhall also underlines that the Corsa-e boasts a 205-mile range. The car will also come with a rather more sedate 11kW charger, which will get you charged at home in around 7.5 hours using a domestic wall box.

Aside from that, there’s certainly nothing too revolutionary about the Corsa-e in the looks department, but Vauxhall isn’t really the go-to brand for controversial design lines. What you get is a pretty straightforward car with not too much in the way of surprises.

The front and rear end get the job done, while the bit in the middle offers no-nonsense access to the interior via four doors. It also has funky 17-inch alloy wheels. The overall impression is similar when you take a look at the interior styling. It’s a meat and potatoes layout that will prove popular with the many people who like, and have bought, the current best-selling Corsa.

That said, Vauxhall has clearly had a decent stab at adding in some more premium touches to spice up the interior, at least with its Elite Nav-trim model. The seating provides enough space for four adults and, as another bonus, the car is surprisingly low down in that respect. The headroom isn’t compromised.

Indeed, the battery seems to have been tucked into the bottom of the Corsa-e quite cleverly, meaning that the room on offer makes you soon forget you’re riding on a trio of cells in the floor plan. Outback, the boot space is big enough to carry your daily shopping.

Vauxhall’s Corsa-e will sport a fairly robust tech specification too. As is the expectation from buyers now, the levels of features and functionality found on the inside are reasonably beefy. Apple Car Play and Android Auto, for example, are part of the package as is Bluetooth audio and wireless smartphone charging.

There’s a 10-inch touchscreen display on the dash, which is pretty good on the eyes and allows access to options like your preferred in-car apps. The cheaper entry-level SE Nav model comes with a smaller seven-inch touchscreen. Active Lane Assist, meanwhile, is one of the key safety highlights.

Down below that the center console has a neat shifter, which lets you select drive modes, with Normal, Eco and Sport options to choose from. While Eco unsurprisingly provides the leanest consumption of battery power Sport mode will let you tap into 134bhp from the motor. Battery power reserves will doubtless suffer as a result though there is regenerative braking to put some juice back into those cells along the way. Eco mode, on the other hand, offers access to 81bhp, which is enough for pootling around town.