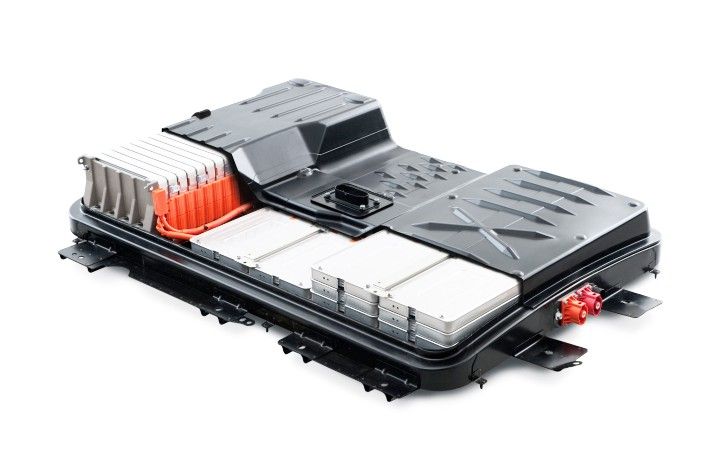 While most current electric cars are powered by “wet” lithium-ion batteries, essentially bigger version of the ones that power your phone, or your laptop, some corners of the automotive industry are turning their attention to the concept of solid-state batteries, which don’t use liquid electrolytes to move energy around. Instead, the cells are made of solid and “dry” conductive material.

Solid-state batteries are less likely to catch fire than lithium-ion batteries. In lithium-ion batteries, the motion of the liquid electrolytes generates heat, and in certain situations, this can slip into a “runaway” effect that results in a fire. Solid-state batteries, then, would let you make it safer to quickly draw power from (or add it back to) the battery, meaning you could theoretically charge a battery-powered car faster. It also could mean, structurally, less room has to be devoted to temperature control, which could allow companies to squeeze more battery cells into the same size package.

The high-voltage battery pack is the heart of any electric vehicle. An electric vehicle’s range and performance are both dictated by what can be delivered by the HV battery. Battery upgrades are therefore the key to allowing existing electric vehicles to become far better than they ever were even when new. This is entirely achievable and is already being offered by some automotive manufacturers in some markets around the world (HV battery upgrades on the Renault Zoe, BMW i3 and several Tesla models spring to mind). But there are no signs of this being offered by Nissan on the world’s best selling EV, the Nissan Leaf which is disappointing especially considering that the newer packs share the exact form factor required to fit into earlier cars. Nissan claims that earlier cars aren’t compatible with the newer battery packs, but we believe this is untrue. If we can prove that is would be trivial for Nissan to offer these upgrades then we hope more people will become less accepting of Nissan’s current position.

Many Leaf owners don’t realize that you can’t even buy a replacement battery of the original capacity through Nissan NZ. You heard right, they won't even sell or install new battery packs at retail price to owners of Nissan Leafs that were imported from Japan or the United Kingdom.

24M aims to simplify the design of the lithium-ion battery. In standard versions like the ones in a Tesla vehicle, the electrodes that carry current into and out of a cell are arranged as a series of layers and then wound together into what’s known as a jelly roll. By using different materials, 24M can cast electrodes that are four to five times thicker, and immediately pair those anodes and cathodes together in a cell.

This approach avoids a number of steps in the manufacturing process and significantly cuts down the need for inactive materials like copper, aluminum, and plastics. This, in turn, reduces costs and energy needs and ensures that more of the electrodes themselves are dedicated to the core task of storing energy.

The lab-scale version of 24M’s batteries has an energy density between 280 and 300 watt-hours per kilogram (Wh/kg). That exceeds the roughly 250 Wh/kg of most top-end batteries now on the market.