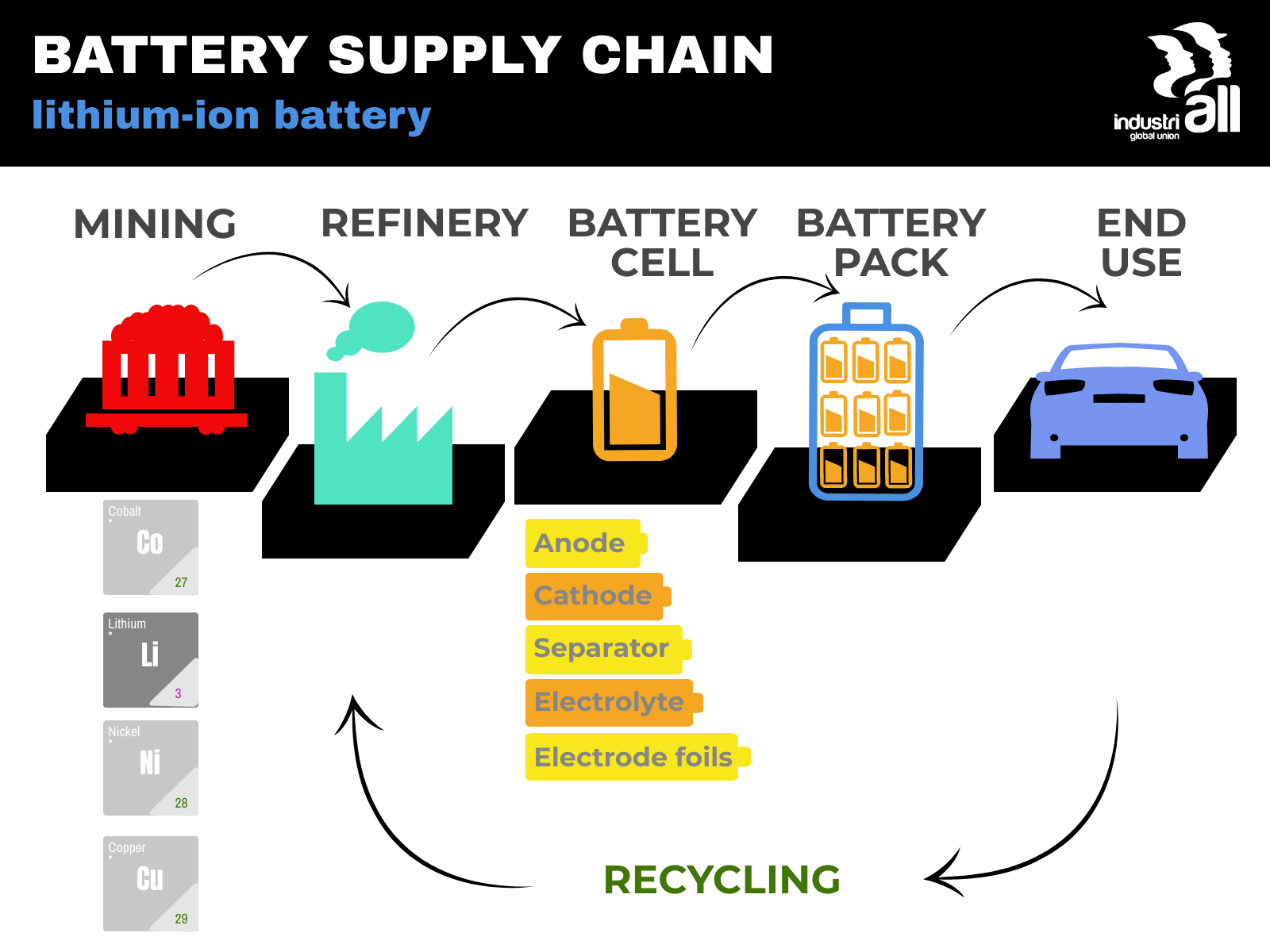 Environmental concerns related to the mining of battery materials.

An increase in battery waste and a rise in concern regarding its disposal are the major factors that limit the market’s growth. Batteries are made from lead, nickel, lithium, cadmium, nickel-metal hydride, and mercury. These toxic chemicals and metals are required to be disposed of and recycled appropriately. In addition, improper disposal of heavy toxic metals can pollute soil and water, negatively impacting wildlife and the environment. Thus, improper disposal and recycling of battery materials are expected to hamper market growth.

Electric cars need batteries the same way combustion cars need fuel, and the metal in those batteries can be just as precious and hard to get as gas. According to the Department of Energy, the United States sources about 90% of the lithium it uses from Argentina and Chile and contributes less than 1% of global production of nickel and cobalt. China refines 60% of the world’s lithium and 80% of the cobalt. Those metals are critical for electric vehicles.

President Biden has called for 50% of vehicle sales to be electric by 2030, a goal that Ford and GM have echoed. California has said all new vehicles must be zero-emission by 2035. The bipartisan infrastructure bill is investing $7.5 billion in electric vehicle charging. Mining experts say that the extraction and processing of battery metals have been largely overlooked. The popularity of electric vehicles hasn’t impacted how the US government treats mining, they say.

Prices for critical battery metals prices like lithium, nickel, and cobalt have spiked in recent months. Some automakers like Tesla have made deals with suppliers of raw materials recently, which may help insulate them from shortages.

A challenge for US leaders is what to do when the country’s values come into conflict, including electrical vehicle adoption, environmental preservation, and halting America’s historic mistreatment of indigenous people.