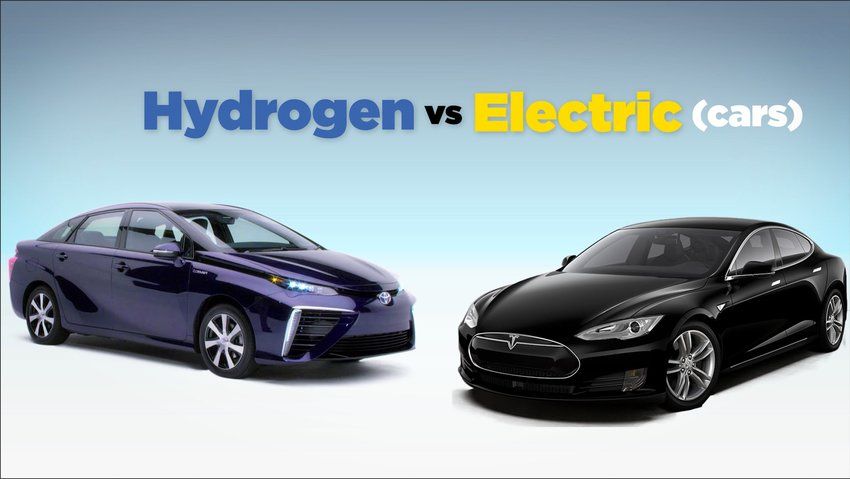 Hydrogen-powered cars are very different and are much closer to electric vehicles since there is no internal combustion engine in the car. Instead, there’s a fuel cell, which generates electricity using hydrogen, but more on that later.
Hydrogen cars need to be filled up with hydrogen at a pump, and the only tailpipe emission is H2O – yes, just water. As hydrogen is the most common element in the universe, it’s not likely to run out as petrol or diesel will. They are now rare, but this may change in the future, and as more appear on the roads, you’ll want to know more about them so that you can compare them with a future electric car. After all, from 2025 in the UK, you won’t be able to buy a new car that doesn’t feature an electric motor.

As the driver of a hydrogen car, just like with a petrol or diesel car, you don’t need to know much more than this: you put hydrogen in using a fuel pump at a filling station, which is used as fuel to generate electricity. This electricity is used to power the wheels.

When you put hydrogen in the car, it’s stored in a secure fuel tank like petrol or diesel is. It’s fed into the fuel cell, which is what generates the electricity. It uses chemistry to combine hydrogen and air (oxygen) and generate electricity. Inside the fuel cell is a liquid with a positively charged anode on one side and a negatively charged cathode on the other, a bit like a battery.

In the cell, hydrogen atoms split into protons and electrons,  the former turning into the exhaust product (pure water) and the latter providing the power for the car’s electric motor. Like a battery pack, there are lots of smaller reactions happening in the fuel cell to provide plenty of power for the motors.

There’s a battery on board too, which saves power for later, usually when you’re accelerating and more power is needed. However, the fuel cell often sends power directly to the motors.

Advantages and disadvantages of hydrogen cars

The main advantage of hydrogen cars is that they produce no emissions at the tailpipe, just water. This benefit is the same as with a normal electric car, and puts both at the forefront of emission-cutting tech in the automotive world.

The advantage of hydrogen cars over and above electric cars is that you can fill one up with a fuel pump, which takes a couple of minutes. Like with a petrol or diesel car, you just fill up, pay and go on with your day, rather than having to wait potentially hours for the same amount of range to be added to the battery pack.

Hydrogen isn’t totally green, though – it’s clean when used in your hydrogen car but to get the (liquid) hydrogen into the fuel pumps, it requires a lot of energy and a lot of the current production is done using fossil fuels, so it contributes to global warming more than, say, an electric car charged using power from a wind farm.

It is hoped that hydrogen production will become fully sustainable as demand rises and investment is put into finding better ways of producing it.

Another disadvantage — and this is the main one at the moment — is the infrastructure. In the UK there are a tiny number of hydrogen pumps where you can fill up – it’s not like they’re on every street corner.

In an electric car you need to work out where a nearby car charging port might be, but it’s likely to be relatively close by. With a hydrogen car you could end up a long long way from a fuel station. Most are in London at the moment.

Hydrogen is quite expensive, too. While a full charge of an electric car costs around £8 from a home charger, a full tank on a Toyota Mirai is roughly £75.

These infrastructure problems and costs will go away with time, though – as more and more people buy hydrogen cars, the costs will go down and there will be more fuel stations to use. Right now, an electric car makes more sense to the vast majority of people.

Hydrogen will not take over Electric cars because all the world is geared towards a clean environment.