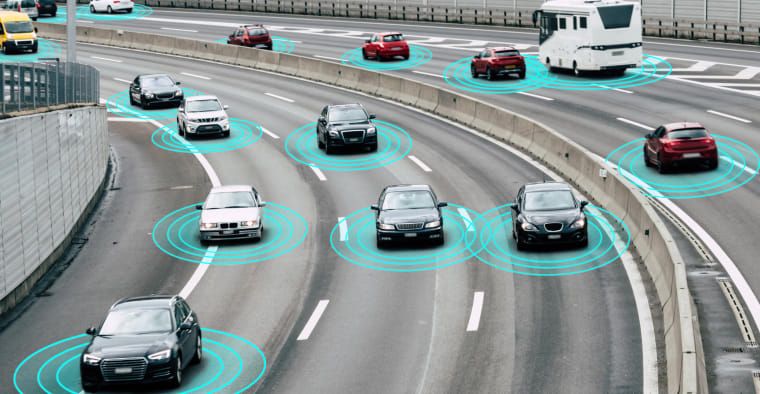 As the shift to electric cars stiffens manufacturers are working day and night to improve the technology of EVs. Manufacturers such as Tesla, Toyota, Peugeot among others are coming up with autonomous driving for future Cars.  An autonomous vehicle is one that can drive itself from a starting point to a predetermined destination in ‘autopilot’ mode using various in-vehicle technologies and sensors, including adaptive cruise control, active steering, anti-lock braking systems, GPS navigation technology, lasers and radar.

The advancement to fully autonomous will not be a new or sudden concept to any of us. From autonomous emergency braking, lane and parking assist technologies to enable safer driving, to internet connectivity over mobile networks capable of keeping vehicle occupants connected to the online world, driverless technology is present in the form of connectivity and autonomy in vehicles today.

When autonomous driving is fully adopted by all EVs, some traditional jobs might be lost such as taxi firms, chauffer's', and long-haul lorry freight operators put pressure on newer professions like Uber drivers. But when one door closes another opens, and the dramatic change should also open up new, unprecedented, employment opportunities.

Last year, Håkan Samuelsson, President and Chief Executive of Volvo Cars announced the plans of teaming with Baidu to develop large-scale autonomous driving in China. There is a strong development in autonomous drive in China, where Baidu is a leading player, and the market there offers huge opportunities for us as the supplier of choice for autonomous fleets. Many other manufacturers like Mercedes and Audi are working toward fully autonomous driven cars too. Last year the target of autonomous cars was targeted at 51,000 units.

However, Autonomous vehicles come at a cost such as increased energy use. Some analysts suggest that these increased power needs are significant enough to drastically reduce vehicle range thus eliminating the possibility of electric autonomous vehicles.

Two revolutions are happening side-by-side in the automotive industry: the transition to electric power and the rise of autonomous vehicles. Self-driving cars may use more energy than people-driven cars to power sensors and computers for safe navigation. On the other hand, they drive more smoothly than humans do, which would reduce energy use. An overall increase in energy usage would reduce driving range, requiring more frequent charging and causing faster battery degradation. Since many fear electric vehicles have a shorter range than gas cars, some believe an electric autonomous vehicle cannot exist. This concern motivated the CMU team to investigate the effects automation has on vehicle range.

Those with disabilities have long since been in a significant disadvantage when it comes to operating motor vehicles. Traditional vehicles were built to be operated by drivers with good eyesight and hearing to take in their surroundings on the road. In addition, cars are engineered to use peddles on the ground for acceleration and braking, and hands to use the steering wheel. There have been accommodations made for some of those disabilities, but many individuals have found it difficult to operate a modified vehicle due to financial or physical restrictions.

1. Decreased the number of accidents

Autonomous cars prevent human errors from happening as the system controls the vehicle. It leaves no opportunity for distraction, not just like humans who are prone to interruptions. It also uses complicated algorithms that determine the correct stopping distance from one vehicle to another. Thereby, lessening the chances of accidents dramatically.

Driverless cars in a group participate in platooning. This allows the vehicles to brake or accelerates simultaneously. Platoon system allows automated highway system which may significantly reduce congestion and improve traffic by increasing up the lane capacity. Autonomous cars communicate well with one another. They help in identifying traffic problems early on. It detects road fixing and detours instantly. It also picks up hand signals from the motorists and reacts to it accordingly.

Autonomous cars drop you off at your destination and directly heads to a detected vacant parking spot. This eliminates the wasting of time and gas looking for a vacant one.

As the system takes over the control, the driver has a spare time to continue work or spend this time catching up with their loved-ones without the having the fear about road safety.

Senior citizens and disabled personnel are having difficulty driving. Autonomous vehicles assist them towards safe and accessible transportation.

Source: i) Madison .B (2020) The Electric Future of Autonomous Vehicles

ii) Chris. G (2020) Who Will Benefit The Most From Autonomous Cars?