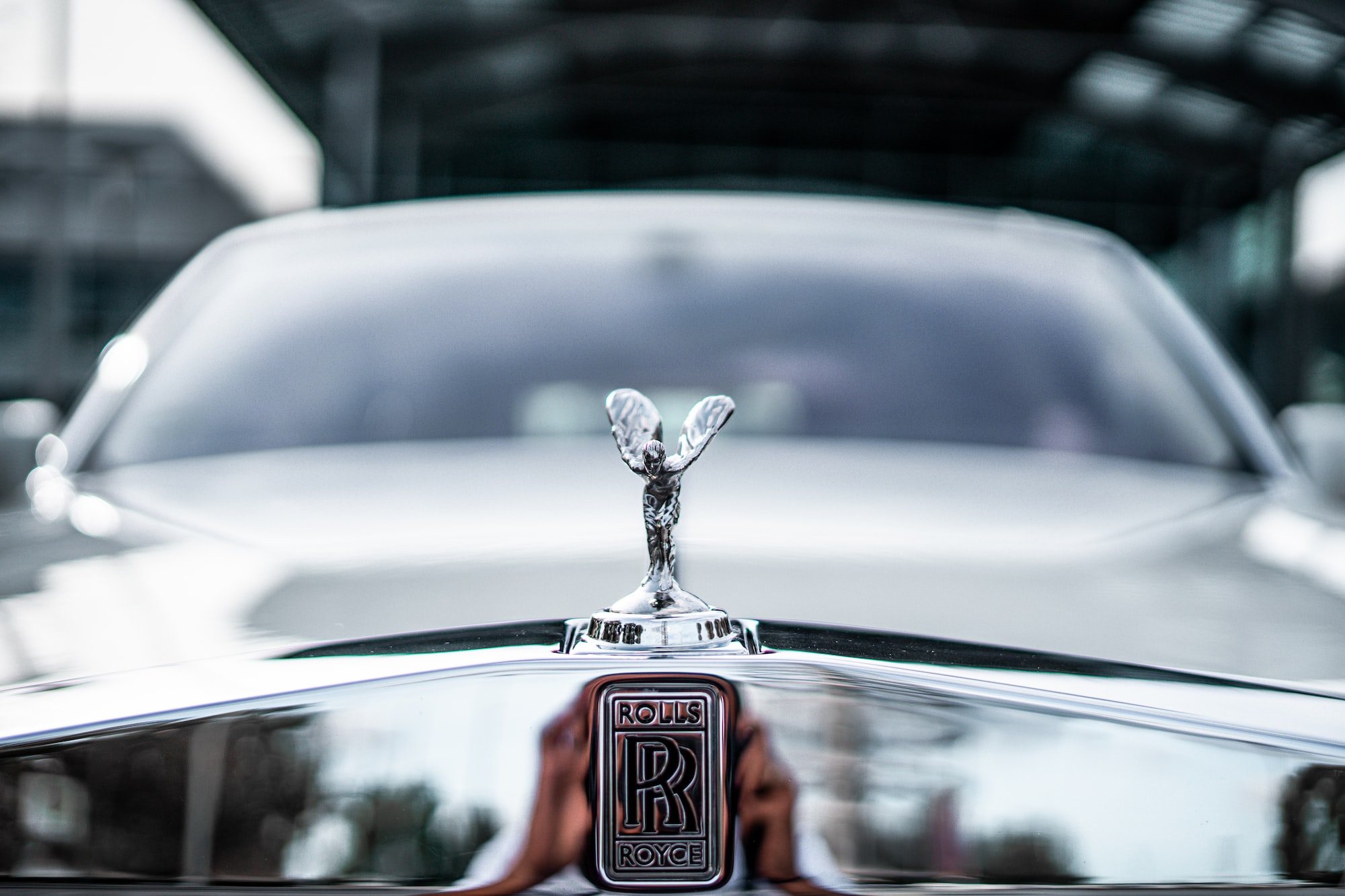 The 71kWh battery pack is made up of a NCM (Lithium-Nickel-Cobalt-Manganese-Oxide) pouch cells. There’s a total of 96 cells weighing 640 kg which is 90 kg more than the combined weight of the conventional engine and transmission.

There are also three separate 3 kW charger units which are fitted to the battery pack and it takes 20 hours to recharge the huge battery using the 110 volt charger. Using a three-phase electrical supply it takes eight hours for a full charge using the 220 volt charger .

The 102EX also features induction charging, using an induction pad mounted under the floor. Positioning the car over a transmitter pad, installed in the road surface allows the battery to be recharged across a gap of 150 mm.

The interior of Rolls-Royce engineers took this opportunity to try out a few deviations from their normal luxurious interior trim. The experimental Corinova leather is more natural, both the processes used in its manufacture and in its appearance. This trim looks and feels like traditional hide, exhibiting actual animal creases, a nice grain, and an endearing touch. It’s also tough enough to serve as floor covering, although not without sustaining scuff marks in areas not fitted with lamb’s-wool throw rugs.

In lieu of classic wood paneling, the Phantom EE is fitted with casings made of aluminized woven glass strands. They look like bleached-white carbon fiber. To provide an appropriate contrast, flat areas are trimmed in a machined-texture aluminum-foil material. The net result is probably too cold and technical.

Behind the wheel, the first thing that strikes you is that this doesn’t feel like a concept car at all. Sure, there’s a bright red kill switch at the bottom of the centre console but apart from that, the 102EX is all Phantom.

The back seats are the fabulous lounge-like chairs that the Phantom is famous for, but the rear floor is completely flat — the deletion of the prop-shaft means there’s no requirement for a hump to go around it. It gives the impression of even more space inside.

Outside, the Phantom Experimental Electric has been coated with what Rolls-Royce calls Atlantic Chrome. There are also funky details, like the iconic Spirit of Ecstacy figurine which is translucent and lit by a blue LED to give a massive impact at night. The charging port, sitting in place of the fuel filler cap, is surrounded by LEDs which glow in different colours while charging or when fully charged.

Because this is an electric vehicle, there’s no dramatic startup ,starting a normal Phantom is also a non-event. A click or two and the 102EX is ready to go. The instruments have been changed to reflect the battery power ,the fuel gauge has been replaced by a full/empty gauge with the symbol of a battery inside. Interesting to note that despite changes to the instrumentation, there’s no feeling of it being a tacked-on piece ,it looks production-ready and like it was always meant to be there, such is the attention to detail.

Summary of the features found in this car include: