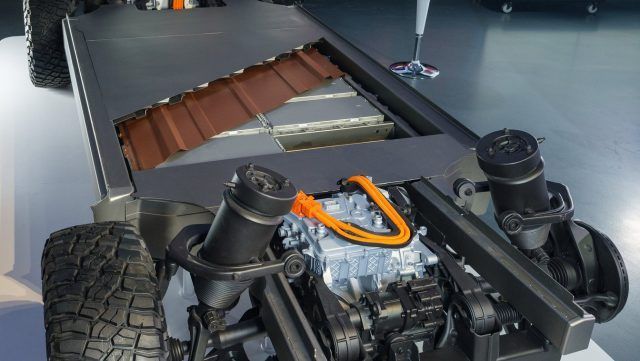 Batteries are essential in a car system. Battery Electric Vehicles are life because only electrical energy stored in the shower is the only energy that drives the EV.  There are no other sources. The types of electric car batteries also depend on the car system.  Lithium-ion batteries are the most common used. Also ZEBRA is batteries that are considered zero-emission while NiMH are suitable for hybrids.

There are five types of electric vehicle batteries, as follows

It is the most used battery type.  This battery may already be familiar to us because it is also used in portable electronic equipment such as cellphones and laptops. The main difference is a matter of scale. Its physical capacity and size on electric cars are much more significant therefore referred to as a traction battery pack.

These batteries have a very high power to weight ratio. This type of electric car battery is increased energy efficiency. Performance at high temperatures is also good. The battery has a more excellent energy ratio per weight – a parameter that is very important for electric car batteries. The smaller the battery weight (same kWh capacity) means the car can travel further with a single charge.

It also has a low “self-discharge” level, so the battery is better than any other battery in maintaining its ability to hold its full charge. Additionally, most Li-on batteries can be recycled, making it the right choice for those interested in environmentally conscious electric cars. BEV cars and PHEVs use the most lithium batteries.

These deficiencies make NiMH less effective as a battery for electric cars whose batteries must be recharged from outside the system, such as from the PLN network. That is why the car battery is the most widely applied by hybrid cars.

SLA (lead-acid) batteries are the oldest rechargeable batteries. Compared to lithium and NiMH batteries, lead-acid batteries lose capacity and are much heavier, but the price is relatively low and safe. There are large capacity SLA electric car batteries under development, but SLA batteries are now only used by commercial vehicles as a secondary storage system.

The battery for ZEBRA electric cars is a low-temperature variant of sodium-sulfur (NAS) batteries and is a development of ZEBRA (originally “Zeolite Battery Research Africa” ​​then became a “Zero Emissions Batteries Research Activity” battery) in 1985. From the beginning, ZEBRA batteries were indeed developed for electric vehicle applications. The battery uses NaAlCl4 with Na + -beta-alumina ceramic electrolyte.